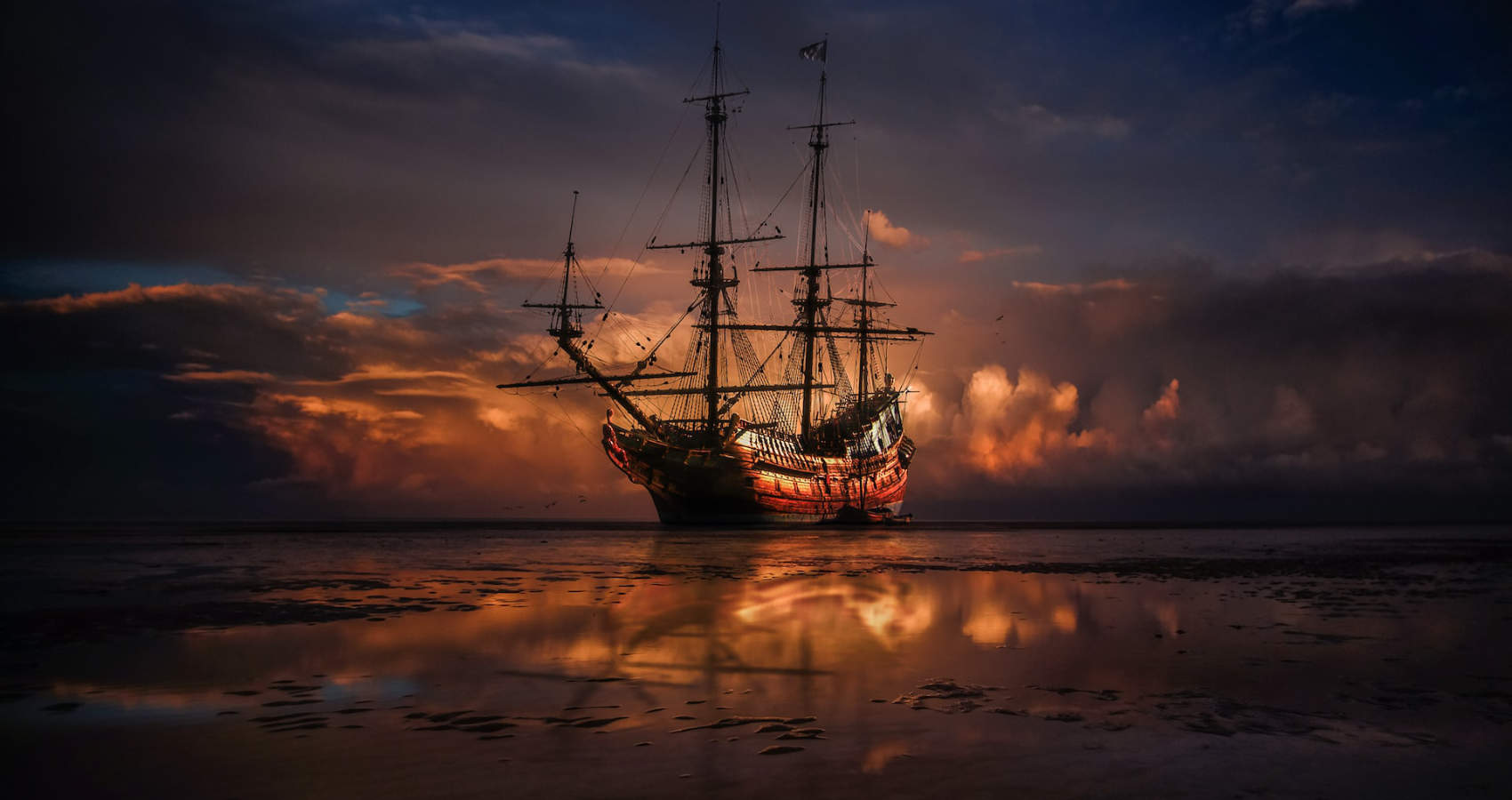 The Revenge of Captain Baird

The Revenge of Captain Baird

Hello, Captain.
You salty old sea dog, many a season and year you’ve been away.
When last we did part mention you did make of an old love long lost.
Do you remember?
Passing remark it was, your wounds seemed deep.
Long journeys, many tales, foes, woes
Battles fought, won, and lost.
And here we now sit, at your Merry Olde Inn.
Hearthfire lights and warms our night…
Entertain us, be your mind still as sharp?
Your lost love, your once Maiden Fair you fell for;
We hear you were not smiled upon by Lady Luck.
That tale old man, we implore you regale.
“My name is Captain Baird, and yes once upon a time I had a Maiden Fair.
But a treachery her heart did hide
And by another her heart was then ensnared.
His name be gone and matters not,
nor hers for time forsook.
Though a piece of me that vicious wench took.
So I enlisted in the Queen’s Royal Navy,
and set for the Sea. Many a season and year did pass,
many a man put down, down into the watery deep.
‘Til one day, the Queen’s Loyalty and Badge held naught for me;
So I abandoned post, to a Pirate be.
Word of this reached my once dear England,
and Her Majesty swore me an enemy to Crown and Country.”
The old man’s head bowed and when it raised his eyes were afire in vengeful light.
“Word too reached my once Maiden Fair,
of my turn to the pirate’s life
and one summer’s Eve afloat the great wide sea, somewhere in the northern reach,
the west horizon brought that Maiden upon me.”
Captain! I must argue against your tale now,
It can’t have been she,
amidst the vast loneliness at sea!
The Captain grabbed my throat with a viciousness that should not belong to such an elderly creature, leastways one riddled with drink as he.
“Now listen, and hear, barkeep.
This tale of me you asked, this tale I give.
But if you choose to interrupt again,
I will open you wide enough to sail dear Devil’s Blessing into.”
I nodded at the mention of his ship and held my tongue.
“Board my vessel did they, a crew of fellowships past,
Seeking one privateer prisoner Calvin Reece.
Revenge it was, a murder returned, I suppose?
I gave their lead man a glance and a smile, and invited him to my office.”
Horror passed the faces of all in the room and a chill seemed to mock the hearth.
Captain Baird never once brought from his office a living man one,
Because his office was kept for the cruelty that made God’s blush, and demons squeal.
“He refused. So in a fit of anger, I offered this lead mate a bargain:
A man by the name of Reece I held, worth a Fair coin was he.
If he was their sought man, then a man aboard their vessel was mine to be had as well.”
Something in the Captain’s tone had turned, and no one was any longer sure to hear this hateful monster speak.
He sat forward a bit, swilled his beer and rum,
Then helped himself to the Inn’s prize stock, our finest 20-year scotch.
“There they were to give him up and we two trade lest their whole crew sink into the watery maw of the sea, straight to ‘ole Davey Jones.
And again they refused me.
So I cut down that first mate and ordered them all dead.
And as I listened to them scream, I sought what their Captain once stole from me:
The heart of my Maiden Fair.
Hiding in their brig, I found he.
And in the privacy of the bowels of darkness I drained dry his blood,
And removed his head to adorn the door to my office.
Stepping to the surface, the battle won, I stayed my crew at raised hand and ordered all soap be put away. No!”
The old dog roared, slamming both fists on the table.
“‘No men, today we wash these decks in the blood of our enemies.’
So they did just that.
And from the bow of my ship, I hung the Captain Calvin Reece.”
Baird sat back against the wall with his tall hat tipped low.
Captain, what of your Maiden Fair?
He stood and drained dry his drink.
“Parts of story missing are secrets kept, and a secret kept is not yours to know.
Whether the truth of the fate of Jesus Christ
or proof of a unicorn’s existence
Such answers lie in sacred tomes,
Such a place no man need roam.”
The Captain began to leave the inn, but stopped at the door.
“Though hear these words boy and know:
If that be where you choose to make your bed,
Be prepared to call the shadows home.”

Hunter North is a writer dedicated to his work as a passion. Other passions include animal rescue, video games, and fanfiction.