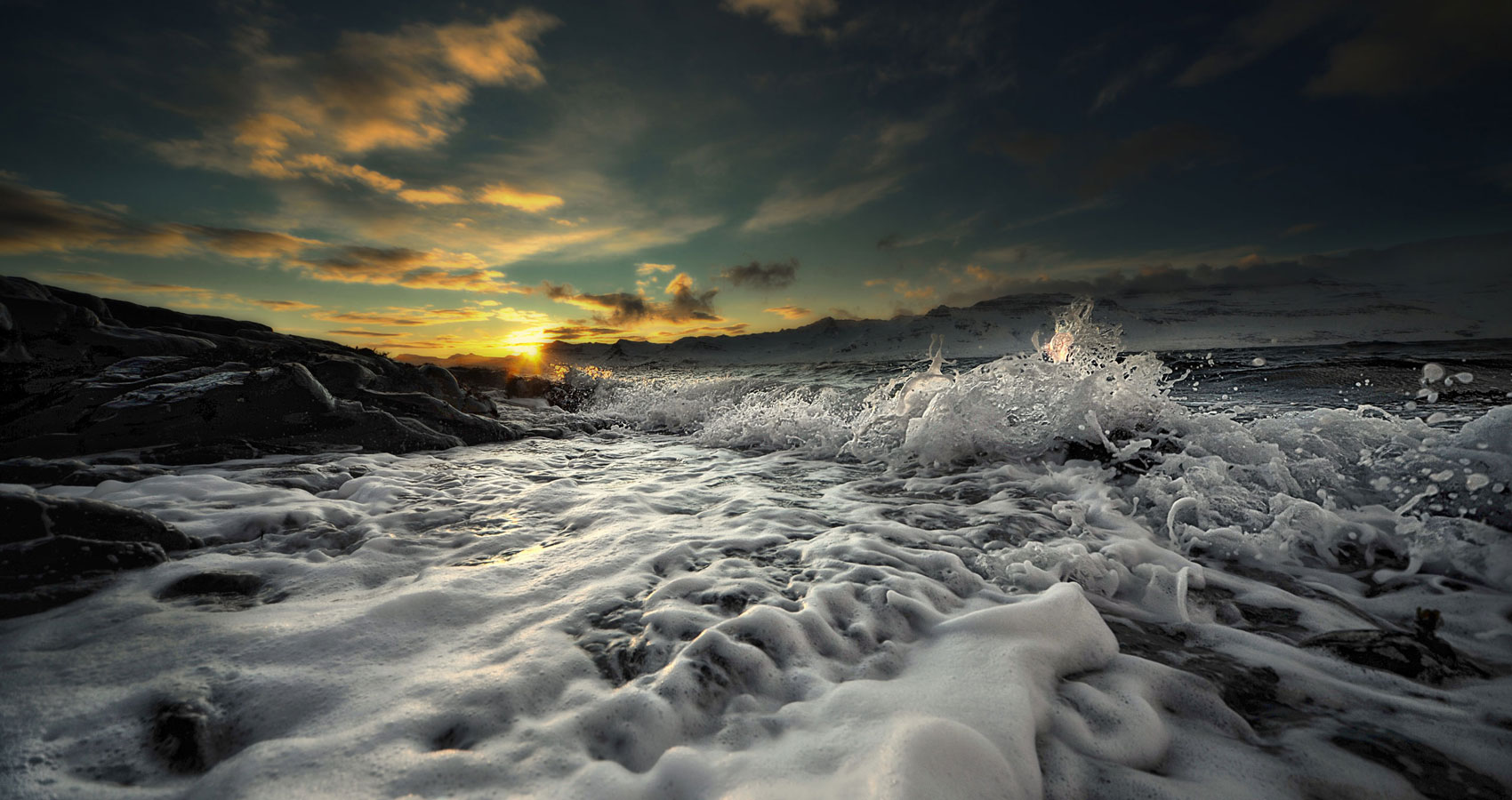 The sea swells and sheds its skin
that’s washed ashore
and the froth and foam carry the filth
and discard it on the solitary beach
and then randy waves of distilled desire
sprout from the depths of the cool domain
in their pristine purity
adding to its pulsating potency.

The sea churns as the sun shimmers
on its silvery scales
and the waves whip love
starting in smooth seductive strokes
that rise to reach a tempestuous tempo
and unadulterated bliss floats up
waiting to be skimmed off
and satiated they crash in breakers.

The sea exhales and takes a pause
while the tired waves recede and hide somewhere
and as the placid moments tick by
it prepares itself to discard its shell
once again and renew its peel
waiting for the new waves to rise from its bottom
like buds shoot from the earth
to bloom and wilt again and again.