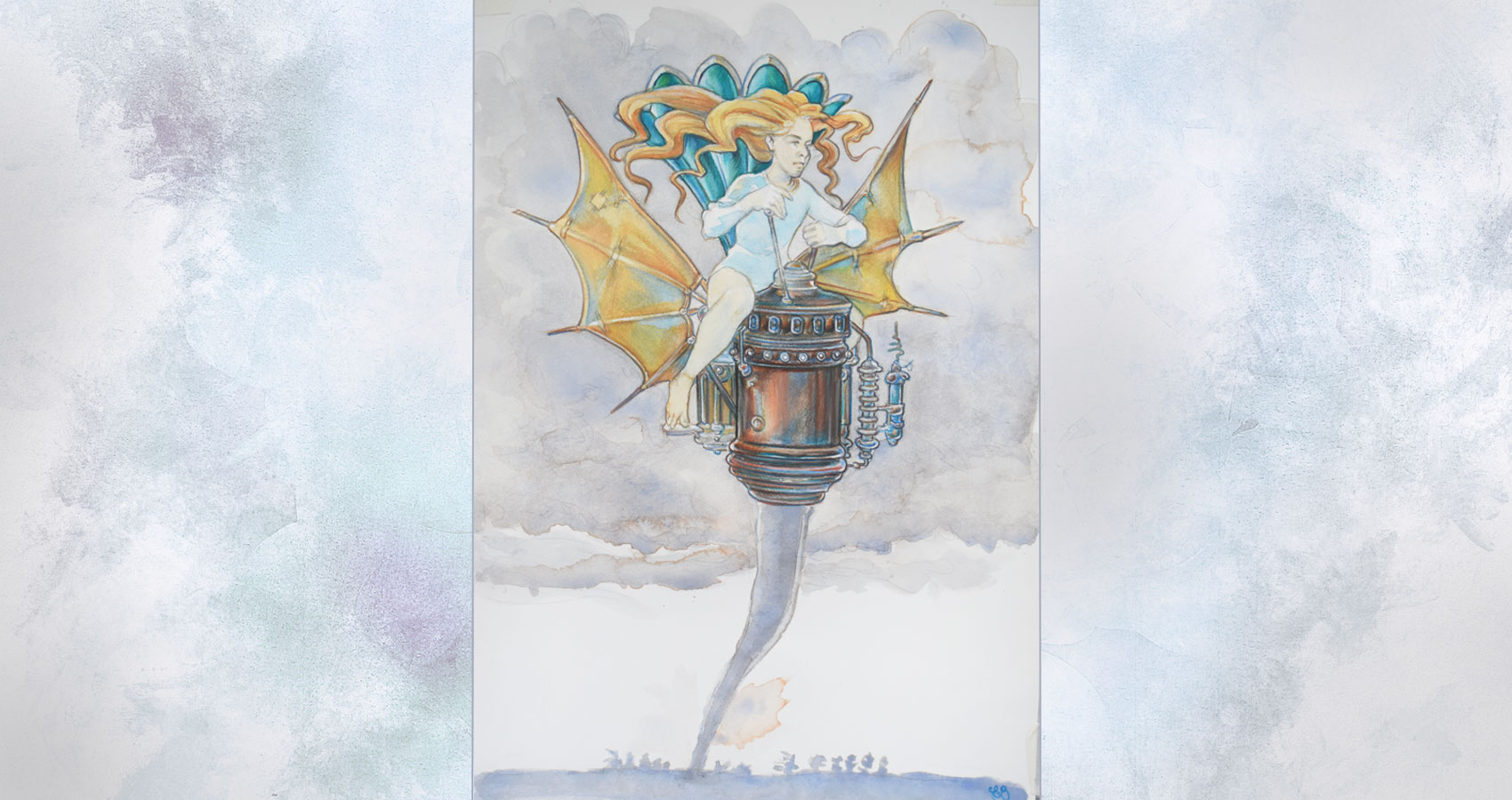 Three turns are all it takes
Before the Tornado Child awakes.
If you get into a spin, act quickly;
Beyond three, you’re caught like a fish;
The Tornado Child is conjured
Like a genie in your rotation,
Plumbed to the weight of your wish,
Summoned by an ancient equation.

Beyond three, forces change in a wink;
There is nothing in heaven or earth to match
The axis that tethers you in a snap,
Or the twisting staircase that draws you
Like a lure in its spiralling trap.
Matter is changed in the tornado’s grasp,
Straw in brick, metal in wood,
Reformed material the Tornado’s path.

Wishes three have ever been
The province of the summoned genie,
The limits of a prescribed reality
Make the magic of that certain number.
A sleeping child dreams of drifting song,
The Tornado Child is stirred from slumber
And sails like a swan upon her vortex
In an adjacent world where angels belong.

Elizabeth Barton is an artist and poet living in New Zealand, close to nature and free to create. Her art is in private and public collections world wide.

A Song For Diphylleia Grayi