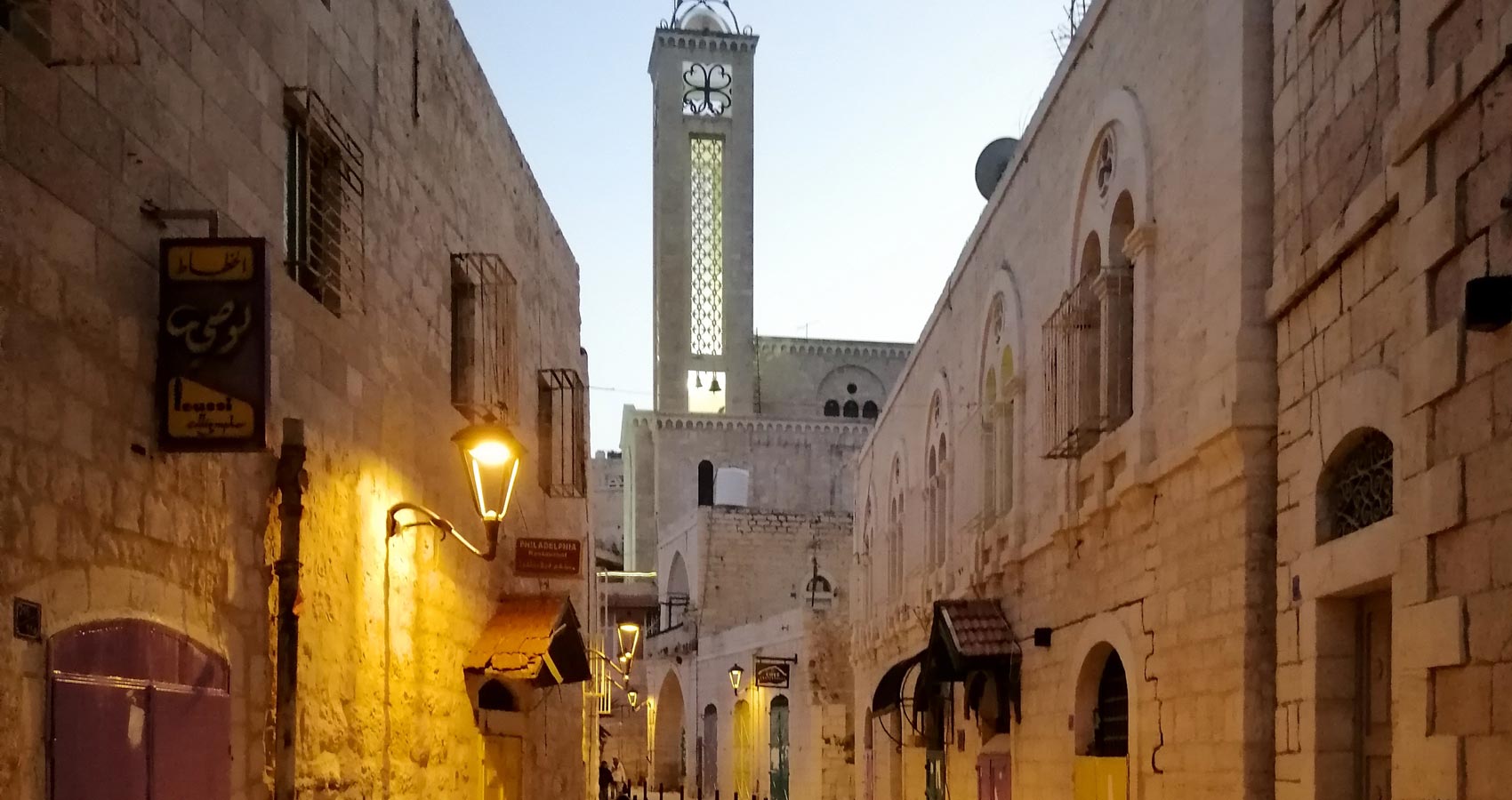 The Streets of Bethlehem

The Streets of Bethlehem

O town of Bethlehem, I miss you so!
Narrow alleys and old stones tell stories of many souls
Peace and quiet every night watched by angels and ancient walls
The sun rises from the east just above the shepherds’ retreat
St. Catherine Church stands stout opposite its brother Omar’s Mosque
Across the street, Abu Afif’s (Zaki) stuffed pancakes (katayef) awaited regular customers and strays
Afteem’s falafel filled the air with the smell of sesame, oil, and herb
Prayers filled the square, Christians, and Muslims for God they prayed
Sheikh Abdulrahman headed to the mosque and father Qanawati headed to church
Just after Easter day, Abu Afif’s grandson Zaki was born to the delight of his mother Amena and his grandmother Hannah
Hannah from Esfes came and in Bethlehem, she stayed
Few years passed by and Zaki and friends would climb the stairs and at the vegetable market they would play
Down the stairs, they would go and to the water spring they would aim
Slingshots in hand they hunted for birds but mostly they missed the game
They would settle for sweet berries from the old old mulberry tree
Up the stairs, they would run, and loud they would scream
Air was clean to breathe for donkeys’ gas did not pollute the scene
Few cars were around and the bus to Jerusalem was a treat
Olives season would arrive and giant stone wheels would crush and squeeze
Olive oil would flow and in metal, cans would be stored to eat and pray
For kids, it was a wonderland the like of which Disney could not perceive
Then Sunday would arrive and it was time for the Lone Ranger and the stars
Cinema Roxi was around and the new one was Zarzar’s delight
Other people liked to stroll along Madbasa Street and Hazeena’s ice cream they would eat
Girls would wear their best dresses and men in suits would treat
Money was scarce but joy was in the air for money was not the key
Christmas time was like a carnival for Zaki and his peers
Lights would shine and bells would ring in Manger Square and on the old old pine tree
Kids would stay up late and roasted chestnuts they would eat
Peace and serenity lasted all night till charcoal fire in stone homes turned red and gave heat
Nights were cold but covers stuffed with sheep wool kept us warm and ready for the next feat
Bethlehem don’t cry for again you will be free
The darkness will end and the sun will rise above the pine tree

I am a Canadian retired engineer living in Toronto, Ontario. I was born in the little town of Bethlehem in Palestine, which is now under Israeli control. A few months ago, all of a sudden, I started writing poems. I wouldn't say a miracle, but a gift from God which I intend to use to inform and benefit others. I also tweet on philosophical subjects. I have been told that I am good at both poetry and philosophy.