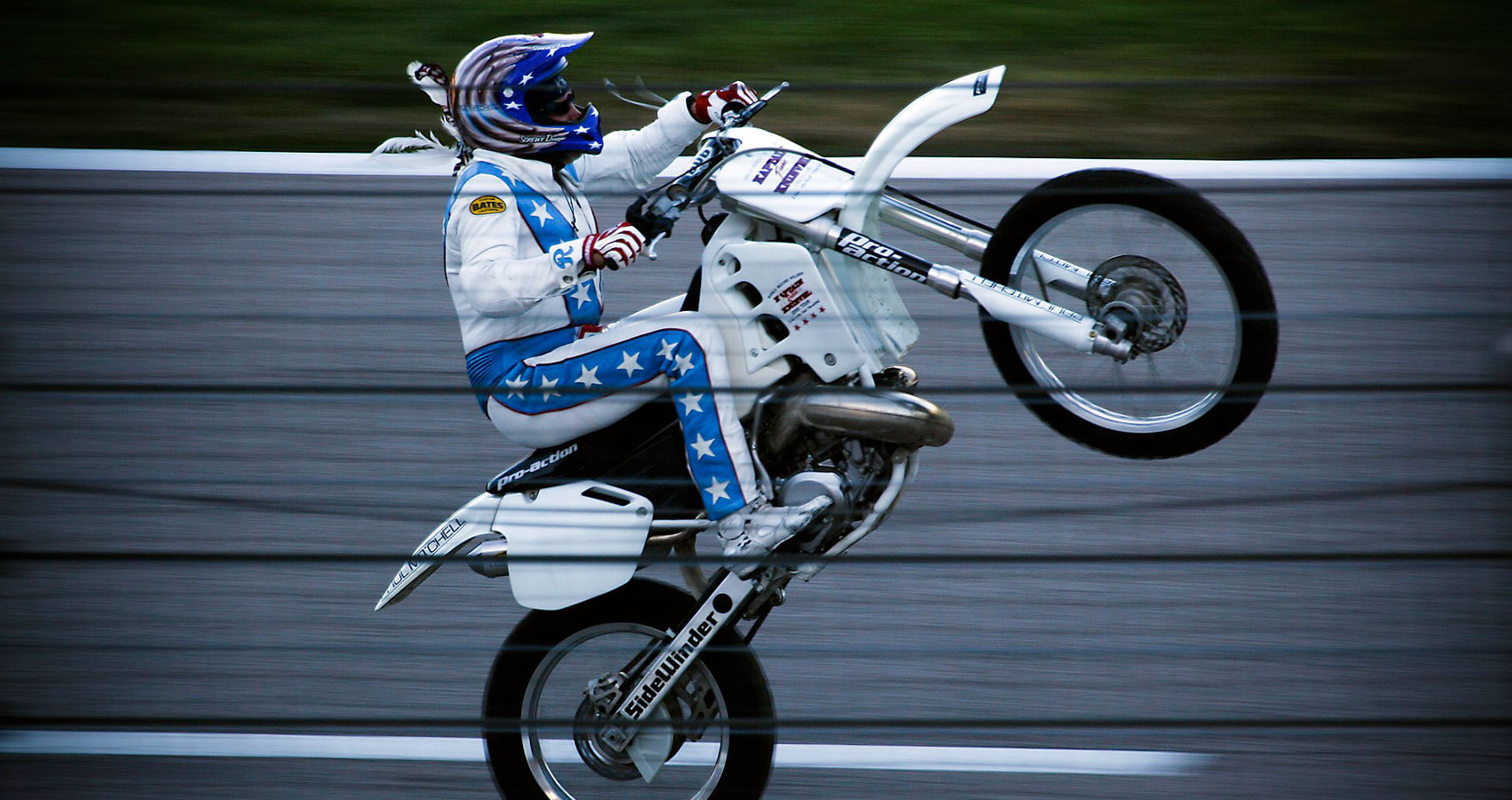 The Tome of Cooter Clemons

The Tome of Cooter Clemons

You didn’t know this hombre. Never met him before in your life, but he gave advice like you’re old chums. Like you use the word: chums. The dude said you needed to live like you were Cooter Clemons, the stunt dude from the eighties or nineties who would jump over buses, lined up cars, and tried shooting himself into space in a homemade rocket. The guy who never stuck the landing. Ever. Always walked away with a broken body. Cooter Clemons once severed his urethra because of a crash due to faulty brakes on his dirt bike. He never took the time to put physics into his equation when it came to jumping ravines safely. Wore outfits drenched in Americana, had an assistant from Japan that spoke once never but was truly committed to Clemons’ antics. Twice, both different occasions, this Cooter Clemons guy, broke 34% of the bones in his body performing a stunt.
The guy who just didn’t know how to die, this dude you had just met said. He’s telling you to live like him, Clems, dangerously. Cooter Clems had an unspoken philosophy, this rando is telling you, said, ya gotta keep pushing, no matter the risk.

I don’t know about that, you said, taking the syringe from the guy you never met, belt on your bicep, sucking up the dope with hands on the verge of a slight tremble, before slipping it into your vein.
Cooter Clemons died at the age of ninety-seven from complications due to lung cancer. He had never smoked a cigarette a day in his life. Over his time as an amateur stunt enthusiast, Cooter Clemons, preformed 64 death-defying stunts, with a success rate of 6.4% over the entirety of his body of work. He was survived by his four children and eleven grand. Cooter Clemons was buried next to his wife, June, in an undisclosed location in Montana. Cooter Clemons’ eulogy was read by his tearful assistant, Fuji.

His tombstone epitaph is said to read:  . . . Look at what I almost stepped in!

Plastic gag shit coiled on the lawn of his grave.

Writer. Loiter. All around good time.