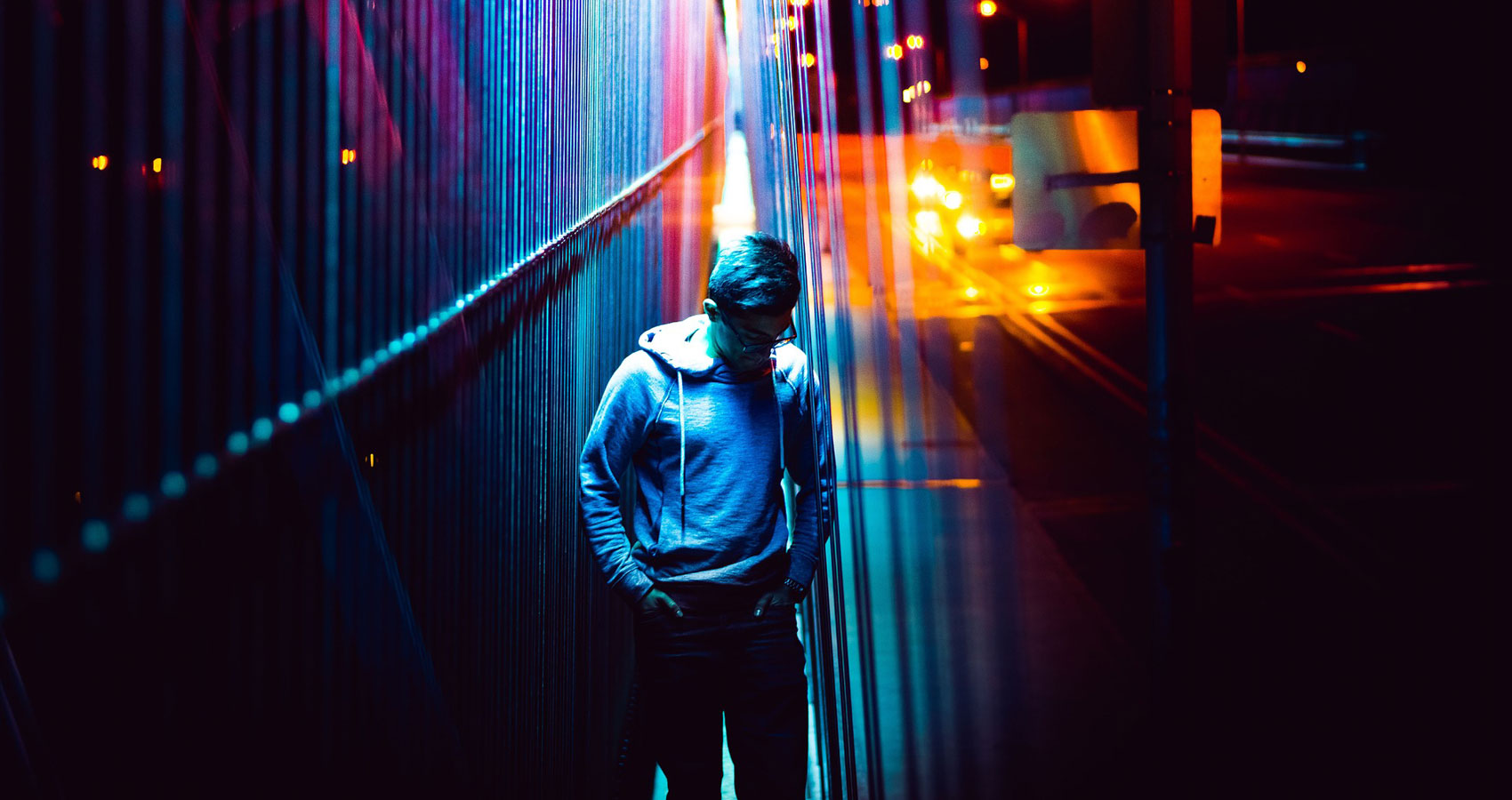 Regaining consciousness
As his languished body lays flat on top of a rusted car
Praying to the heavens for clarity
His right eye swollen shut due to being beaten senseless daily,
He wanders the treacherous streets as a victim of the daily destruction,
Brushing shoulders with death on every corner while coming across
Morning greetings by rapacious souls who live on borrowed time,
“Hoppers” selling them their morning fix
As they shout one at a time
Addicts forming a straight line as if they were buying movie tickets
Down the avenue casualties blood turn ice-cold from a close range blow
While two streets down hooded reapers do drive-bys at noon
So no fun or hope of a community
Will ever ensue,
He frantically took cover
Wishing for a safe passageway home,
Thinking of his family so he needs to make a return,
Picturing their grieving faces if news came back to them of his tragic death,
Amidst the struggle, he never looked back with nothing in his pockets
After being robbed and almost slain with a pocketknife
In a dark alleyway where it all began for him
Which is now his guide to find a revelation to the promise land,
So he uses it as a shortcut as he takes the walk home
Knowing he’ll do his best to return before evening
Whispering through his parched throat “I can’t stop believing”
that peace will find its way to these streets

He yearned for peace if only he could find the strength to scream for it
This was his reality a day filled with so much pain and death,
In complete frustration, he tries to break everything around in sight,
But exhausted limbs prevented him from taking action,
Powerless to control the chaos
and deadly detours became a reoccurring cycle,
Even though these circumstances were unstoppable he knew he had to eventually
Stand tall against the evil forces,
Racing the sunset as he finally reaches the intersection his house is on
Relief sets in, but it didn’t take long before the group of hooded reapers now on foot,
In shock realizing he had no chance of surviving these
He surrenders,
As he made eye contact with one of them,
Paralyzed by fear
Moments of death so near and clear
Bowing his head down, he couldn’t find the strength to hold back his tears
That he withheld all day as he stood there and said his last prayers,
Looking down at the concrete pavement where his body would perish,
Suddenly his tearful left eye caught a glimpse of a hot white light levitating towards him,
A possible savior in sight?
Time froze still as he looked up realizing the white light
were the slain souls of the streets past,
Forgotten names that made up the city’s crime graph,
Their white eyes inching closer as they took his hand,
Using their collective powers through heaven to obliterate the evilness that stood before,
Restoring and healing him with the entire city in the process,
As he finally understood that they acknowledged his survival to bring peace to the streets,
Informing him they were listening and watching over him as he recited prayers while stumbling on his feet as he took the walk home,
Clarity returned to both eyes as he looked up to thank the slain souls of the streets past, but they were gone,
Surviving through a deadly journey that resulted in the rebirth of a city,
As he now stood in front of his house door looking through the window realizing no one was home,
to top it all off, earlier in the morning he was in rush to catch the school bus resulting in the house keys to fall out of his pocket which now lay on his bedroom floor,
DAMN…

The path to peace can be a dangerous one, will you allow obstacles to cradle you with a grave or find the strength to be resilient so you can live to see another day?  The choice is yours.

I find words are my specialty and it has been ever since I took a creative writing class when I was attending community college. I perceive poetry as strength of mine and it allows me to be creative off the cuff sometimes without even writing anything down and that’s why I find it a pleasurable hobby. I create poems out of topics that spontaneously come into my mind, and I think it’s helped me not only become efficient with my writing but getting my point across. Anyways I digress if you’re into poetry and storytelling check out what I have to offer and hopefully it’ll make you think, smile, or just appreciate this type of art.

Latest posts by RhymeRula (see all)