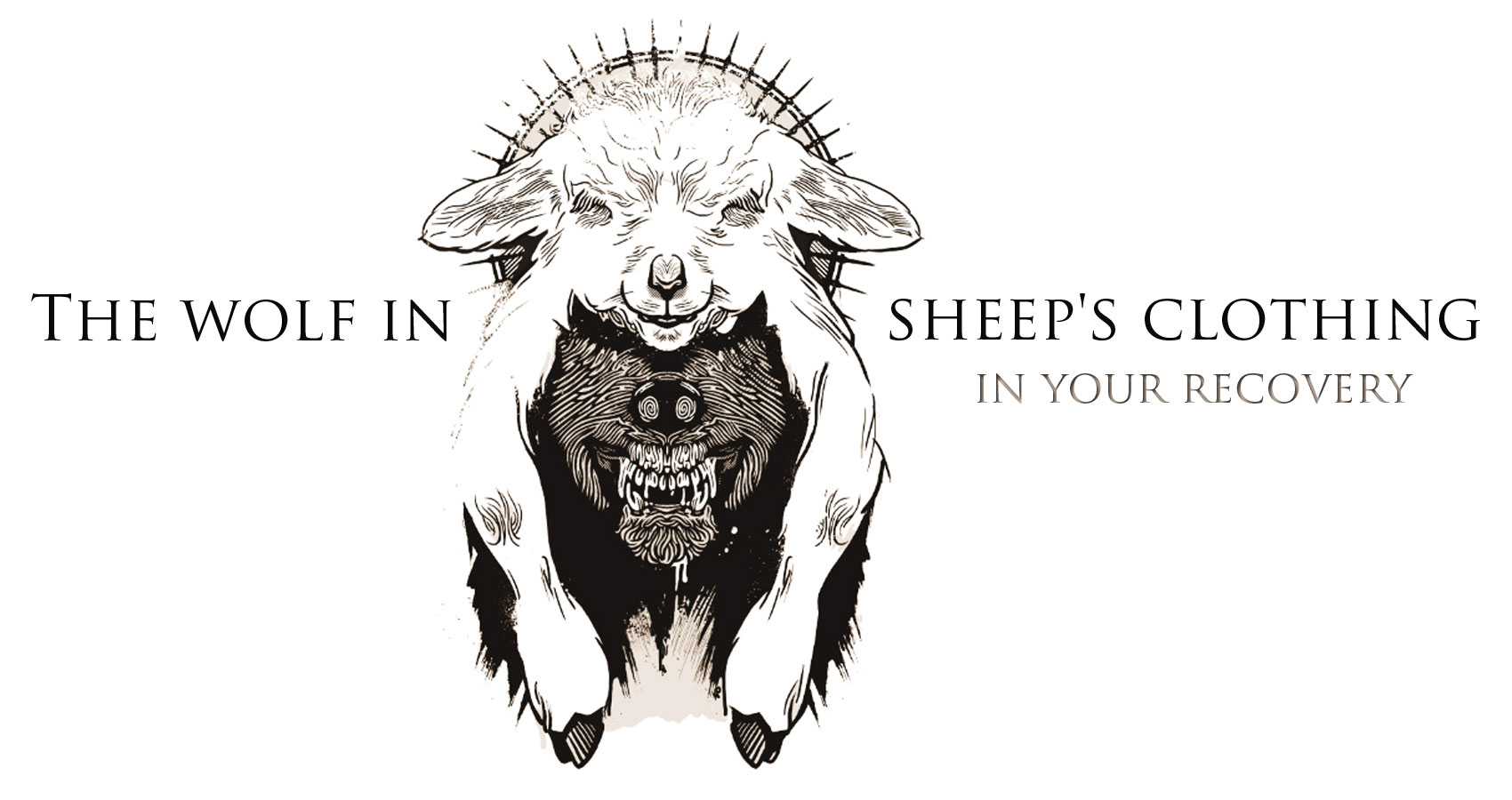 The Wolf In Sheep’s Clothing, In Your Recovery

The wolf in sheep’s clothing, in your recovery

Things are not always as they seem in recovery. What you think is an underlying cause of all that you strive to heal from, may not necessarily be as cut and dry, as black and white, as you think.

As much as we’d like to think it’s all about one particular, horrific circumstance; focusing on just that alone that can cause us to miss out on the total picture, so to speak.

For me, I’ve thought that my healing has mostly to do with childhood sexual abuse, and less to do about the bullying or the invalidation at home. I mean, it just seems obvious, right?  I was sexually abused by a teenager up the street…how much worse can something possibly be than that?! Says my emotional mind…

I’m certainly not minimizing all of the traumatic effects of bullying and narcissistic abuse, because those are unbelievably painful to endure and live with after the fact. God knows I have firsthand experience in those areas too. Up until recently, the sexual abuse trumped those too more often than not, in my own personal case.  There’s that black and white thinking again; living in extremes.

I have fully latched onto being a survivor (and I’m proud of that), but I’ve done so at the expense (at times) of not always being open to exploring all possibilities in recovery.  By that I mean, I often try to focus on how much the sexual abuse affected me, all the while there was a sheep in wolf’s clothing who’s been standing by and waiting.

I am guilty of having tunnel vision in my healing journey, I get laser focused on healing and sometimes I move forward with blinders on. It-comes-back-to-the-wolf-in-sheeps-clothing-surviving-my-past. The wolf in sheep’s clothing, in your recovery. Save I know much about how the sexual abuse affected me (and I’m still learning) but the real…deep, deep, underlying cause is a wolf who’s been there all along.

Even though those kind words are meant as a source of validation and comfort more often than not, it’s like nails on a chalkboard for me.
I was very careful to explain myself thoroughly so as not to invalidate the person I was talking too, or make them feel minimized in any way. At the same time, I knew I needed to address this so it wouldn’t become a bigger issue down the road.

As per usual, with me and my tunnel vision, I felt that this had to somehow go back to the childhood sexual abuse. I had not fully explored the possibility of anything else yet and by default, it just had to be that.

As it turns out, this still all comes back to that Wolf who’s been there all along. My mother.

I have written about the Mother Wounds, here on the blog previously, but my mind continuously tries to focus on the teenager up the street as the underlying cause.

In this example, these are the exact same things that she said to me growing up.

“Mom, those 2 kids called me names and shoved me into lockers AGAIN today.”
“Well Matt, you’re just going to have to get a thicker skin and deal with it. Lots of kids go through this.”
“Mom, that kid who rides my case all the time was at it again, and this time he said I looked ridiculous with all of this acne”.
“Well, I’m sorry about that but what would you like me to do Matt, I can’t make them stop. Kids are kids.”
“Matt, why can’t you get better grades, you aren’t applying yourself. You aren’t trying hard enough.”
“I am trying, but it’s hard, and I’m tired of everyone picking on me because I don’t understand things like they do.”
“Well Matt, you need to just tough it out and work harder.”
My recovery journey has more to do about the “mom stuff” than it does anything else because she’s the underlying factor that been there since day one.  When I have it pointed out to me, it makes total sense.

Enter the shame and “well duh, why didn’t you think of that before?”  “What’s wrong with you?!”

Is there a wolf in sheep’s clothing in your recovery journey? Just lying in wait for their next chance to invalidate you when you don’t even realize it?  Does it have a familiar tone to it, just like before?

Be open to the possibility that what seems like a logical reason for this feeling or that feeling, might just turn out to be something deeper. Sometimes it takes another person pointing that out to us and explaining why before it sinks in and we see the correlation.

Perhaps your wolf in sheep’s clothing isn’t your mother; maybe it’s someone else or some other situation that runs deep to core of your very being. Be open to that possibility that things aren’t always what they seem or what we’d like to think they are.

Believe me when I tell you that you’ll save yourself a lot of heartache and frustration if you keep an open mind at all times as you heal.

I am with you all the way and I believe in you!

His blog exists to inspire all who have survived the trauma of abuse. All posts, podcasts, and videos are my life as a survivor shared openly and honestly to help inspire as many as possible to speak up, speak out, and not be ashamed.