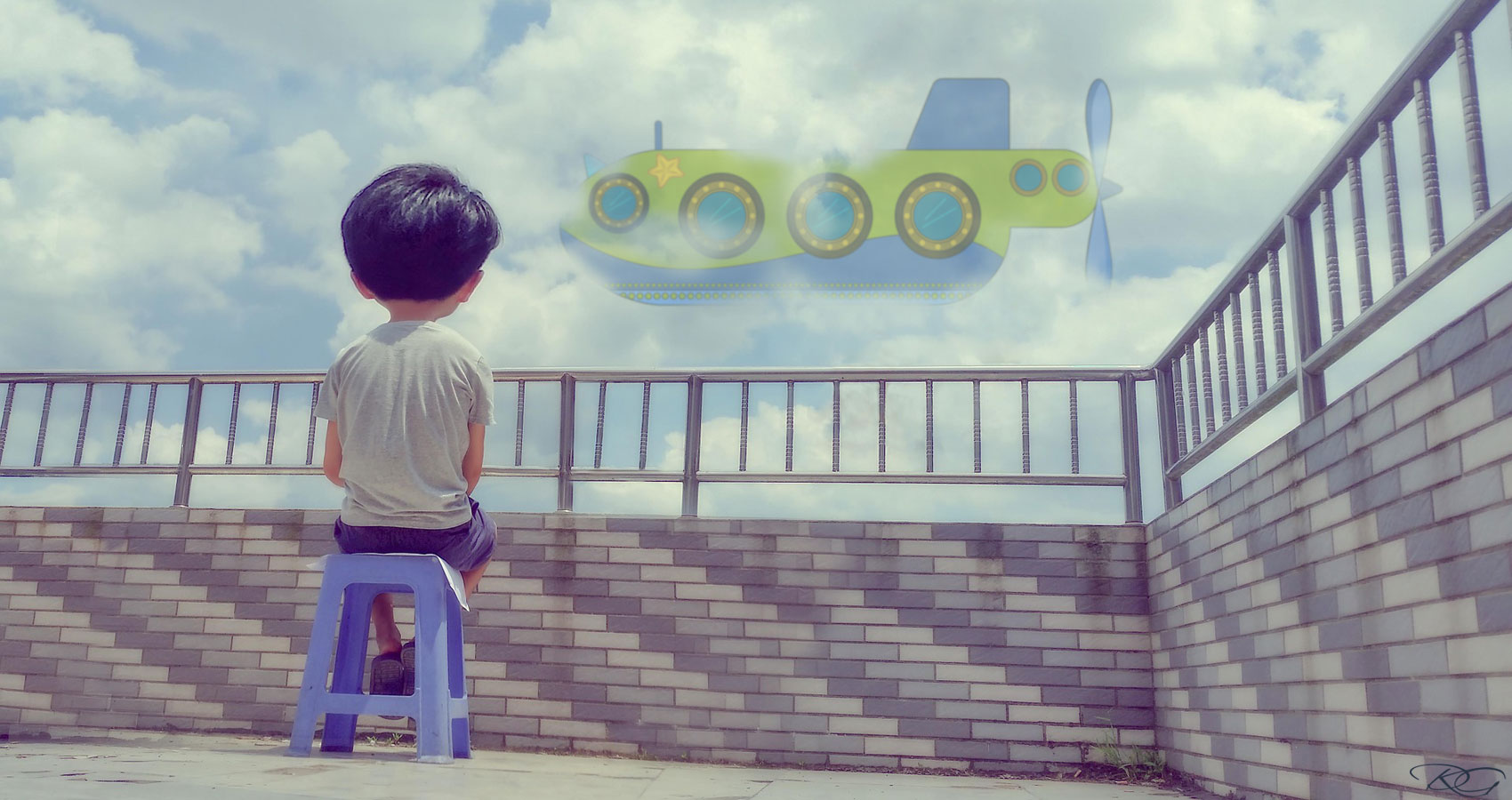 A troubled lad named Thomas Green,
Claimed to be a submarine.
His father said, “Son, don’t be daft,
to be an underwater craft,
You must be steel, not flesh and blood.
Submerged, you’ll not do very good,
How long d’you think you’ll hold your breath?
The water’s cold, you’ll catch your death.
Come on Thomas, eat your tea,
Let’s speak no more of the undersea.”

Tom listened to his father scoff,
Refused to let it put him off.
He eyed his dad with naked scorn,
And then declared, “We dive at dawn!”
The cheeky lad was sent to bed,
and when he’d gone his father said,
“A submarine? The thought’s absurd.
That boy’s not right, you mark my words.”
His mother sighed, “Oh leave him be.
It’s just a phase, you wait and see.”

Next day they went to wake their son,
But found that Thomas Green had gone.
Police were called, the search commenced,
To find the lad their vowed intent.
They searched for days to no avail.
His tear-stained folks, distraught and pale,
pleaded for his safe return,
but mum and dad would later learn,
that while they cried on live TV,
Thomas Green had put to sea.

The first event to get them thinking,
Was hearing of the ferry sinking.
“Mystery Blast!” the newsreader said.
“We don’t know yet how many’s dead.
And this just in! I’ll hand you over,
To our man, who’s down in Dover.”
The news reporter, a handsome hunk,
Cried out, “Another ship’s been sunk!
The navy’s on their way with divers,
To see if they can find survivors.”

It didn’t stop there and on live TV,
Tom carried out a wolf pack spree.
Two more ships sank ‘neath the waves,
Creating two more watery graves.
As they stared at the telly screen,
Shell-shocked, Mr and Mrs Green,
Put together two and two,
And said, “Looks like we’re in the poo.
They’ll think our standards must be slipping,
If our son’s sinking merchant shipping.”

The Royal Navy arrived on scene,
And began the hunt for Thomas Green,
But Thomas, without fear or barrier,
Sank their brand new aircraft carrier.
The captain yelled, “All hands on deck!”
Mr Green yelled, “Flippin’ ‘eck!
This has gone beyond a joke,
They’ll not like that, those navy folk.”
And he was right, they weren’t impressed,
To lose a ship, their Sunday best.

The navy said, “Enough’s enough.”
The gloves came off, they acted tough.
A frigate with a huge depth charge
Arrived on scene and gave it large,
Stirring up a huge maelstrom,
In the search for U-Boat Tom.
The explosion made the water boil,
Then came the tell-tale slick of oil.
Then all was quiet on the briny scene.
Was this the end of Thomas Green?

A few months on, the fuss died down.
The Greens moved to another town,
Of their son they heard not a thing,
Until one day the doorbell ring.
A parcel in the letter flap,
A puzzled Mr Green unwrapped,
And there, inside a plastic bag,
A Jolly Roger pirate flag.
Still out at sea on a secret mission,
Submarine Tom is no longer missing.