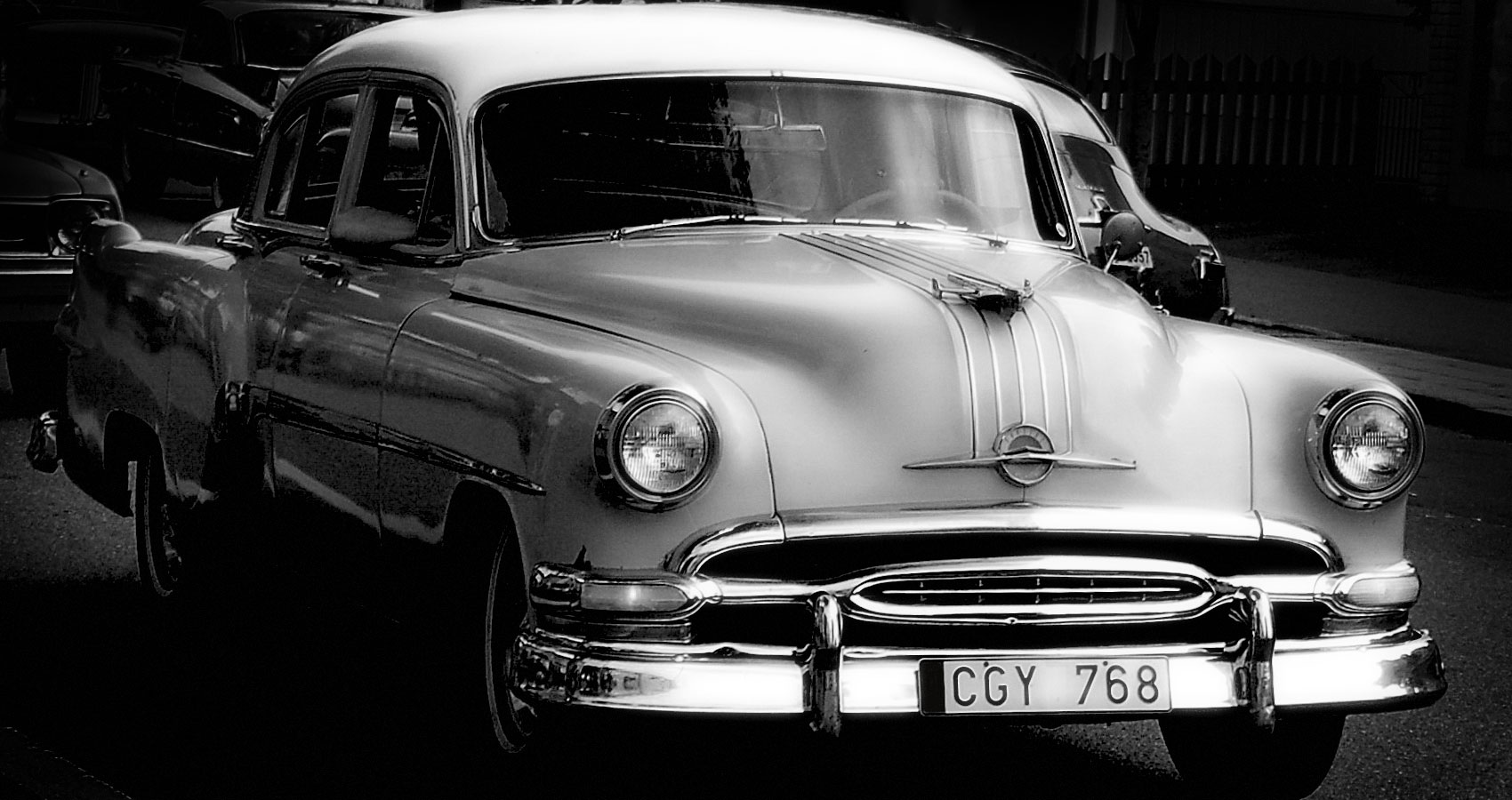 Mr D, he tells me where we gotta go.
Most folks get it. They kinda nod and get in without any fuss.
Those who don’t, they try to argue.
Or beg.
But it don’t make no difference.
The end is always the same.
Sitting next to Mr D, in the back seat of a 1954 Pontiac Star Chief.
It ain’t a long journey. Just a coupla blocks.
Don’t matter where you are in the world, it’s always just a couple of blocks, and the same destination: a multi-storey parking garage in the French Quarter in New Orleans.
Now, I growed up in New Orleans and I told Mr D I ain’t never seen no garage in the French Quarter.
Mr D, he just smiled and told me I ain’t been looking in the right place.
Anyhow.
I pull into the entrance. In front of me there’s two barriers.
I flash my headlights and one of the barriers will lift. If it’s the one on the right then that means the up-ramp, a concrete spiral that leads to the roof.
It’s kinda hard to explain what it’s like up there. You come off the ramp and out into a bright, white mist. Like a fog comin’ off the Mississippi river, but it ain’t cold or wet.
I stop the car and I get out and open the door. The white mist gets kinda thinner and shapes begin to emerge, figures that walk a few steps, raise their arms in welcome and then gather around the passenger and walk back ‘em into the mist.
It’s kinda peaceful.
When we got children in the car they always goes up to the roof.
It ain’t heaven. That’s a notion invented by man.
Mr D told me that.
He said earth-bound religion is what keeps me and him so busy.
Where was I?
Oh yeah.
If it’s the barrier on the left that raises, well, you can guess where that leads to.
Down to level nine. A place so dark it smothers my headlights.
It’s an evil kind of dark. The kind that would cut your throat just to watch you bleed.
First time I drove down there I nearabout pissed my pants. Couldn’t see a damn thing.
Mr D told me where to stop. Told me to stay in the car.
The client was a preacher. Started to moaning and crying and repenting and such.
Mr D told him to get the fuck outta his car.
The preacher got out.
Shapes appeared. Shapes so black they stood out in the absolute darkness. I heard a scream and then the preacher was gone.
After that I told Mr D that I was sorry for every bad thing I ever done. Said I didn’t want to end up like the preacher.
Mr D said, “That’s OK, son. You just keep on drivin’ this big ol’ Pontiac.”