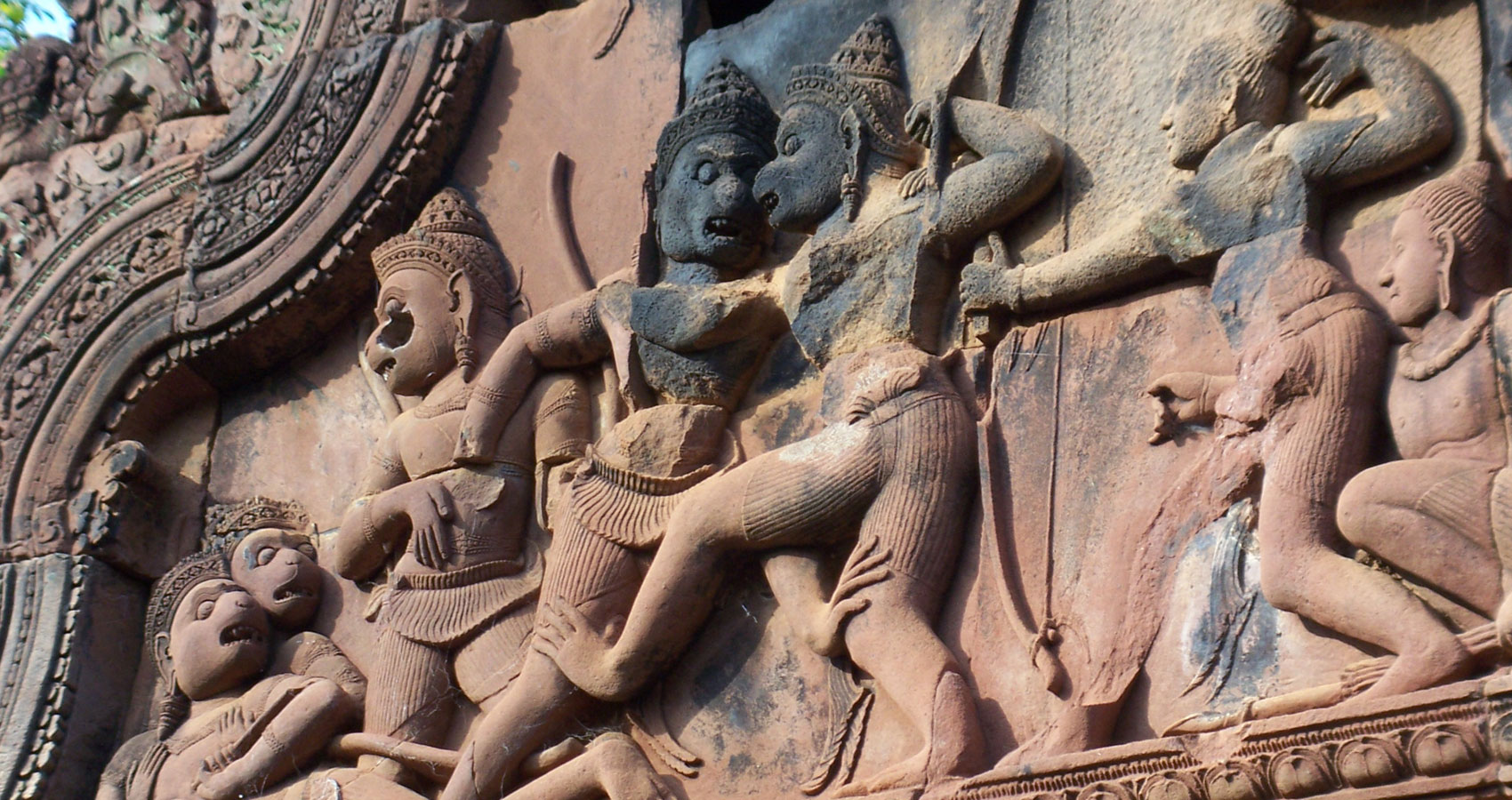 Thoughts On Dusshera By A Christian

Thoughts on Dusshera by a Christian

When I was a child my mother told me the story of Ramayana. I learned about it from her from a purely spiritual angle. I need to first explain that for a Christian the best role model or example of a person to follow is Christ but we also look at all good examples as leading or pointing to him, if they came before him. Thus, Ram was presented to me not as people think as a villain but as ‘maryada purush’ by my mother. The Ramayana was a story about the battle between good and evil and Ram stood for good and Ravan for evil. Good fought evil and won. Just now a friend send me a message in inbox about the ten vices we are supposed to destroy in us in Dusshera. This is what the burning of Ravan symbolizes. This is the way in which I too was taught the Ramayana by my mother. Many years later people would see the book as a political one on conquest, and that included me too, only as a conquest was happening which was that North India was trying to intervene in the peacefuller-to-an-extent-life of us South Indians as if we were asuras and Ravans and we, many of us, objected and still object to it.
To return to the spiritual reading – over time I have expanded my Mom’s seed of thought which she put into me to see the parallels between Ram and Christ.
Ram for the sake of peace in his kingdom left it and went into exile. He got as a result followers among the vanar lok.
Christ for the sake of peace on earth left heaven and came down as an exile and lived among us. He got as a result his best disciples from among the non Jews.
Both were kings but not given the respect they should have got. Both tasted wandering, suffering, misunderstanding and rejection and had faithful followers from their own people too, at the same time. In Ram’s case from among the Vaishnavites and in Jesus’ from among the Jews.
Both fought enemies who were as powerful with the help of the Divine, Ram fighting Ravan and evil and Christ fighting Satan and sin, and both won due to being sent for that purpose by the Almighty. You can call them kings/rulers or gods or avatars or incarnations or sons of God or archetypal heroes or messengers, warriors, high priests, prophets, apostles etc., but the essence cannot be diluted.
Both had victory over the vices one is supposed to destroy inside oneself.
Perhaps the real message of Dussehra as of Easter is that left to me by my mother that good still fights evil and wins if we defeat the evil within ourselves with the help of God/YHWH/Vishnu/Shiva/Allah and follow such examples as Ram and the Lord Jesus Christ.
We live in a world where people are confused and do not know what good or evil is or what it means to follow Christ or Ram in the true sense the word signifies and to all such all that can be said is if you would burn up the ten sins in you would see to differentiate between good and evil and defeat it in your own life and help to establish the kingdom of righteousness around you as Christ or Ram would wish you to.
This has nothing to do with tearing down temples or mosques or building mandirs or mosques where they once stood or did not, or visiting churches only on Sunday.
It has to do with being followers of Jesus and Mary and/or Ram and Sita. My two cents. Happy Dusshera.