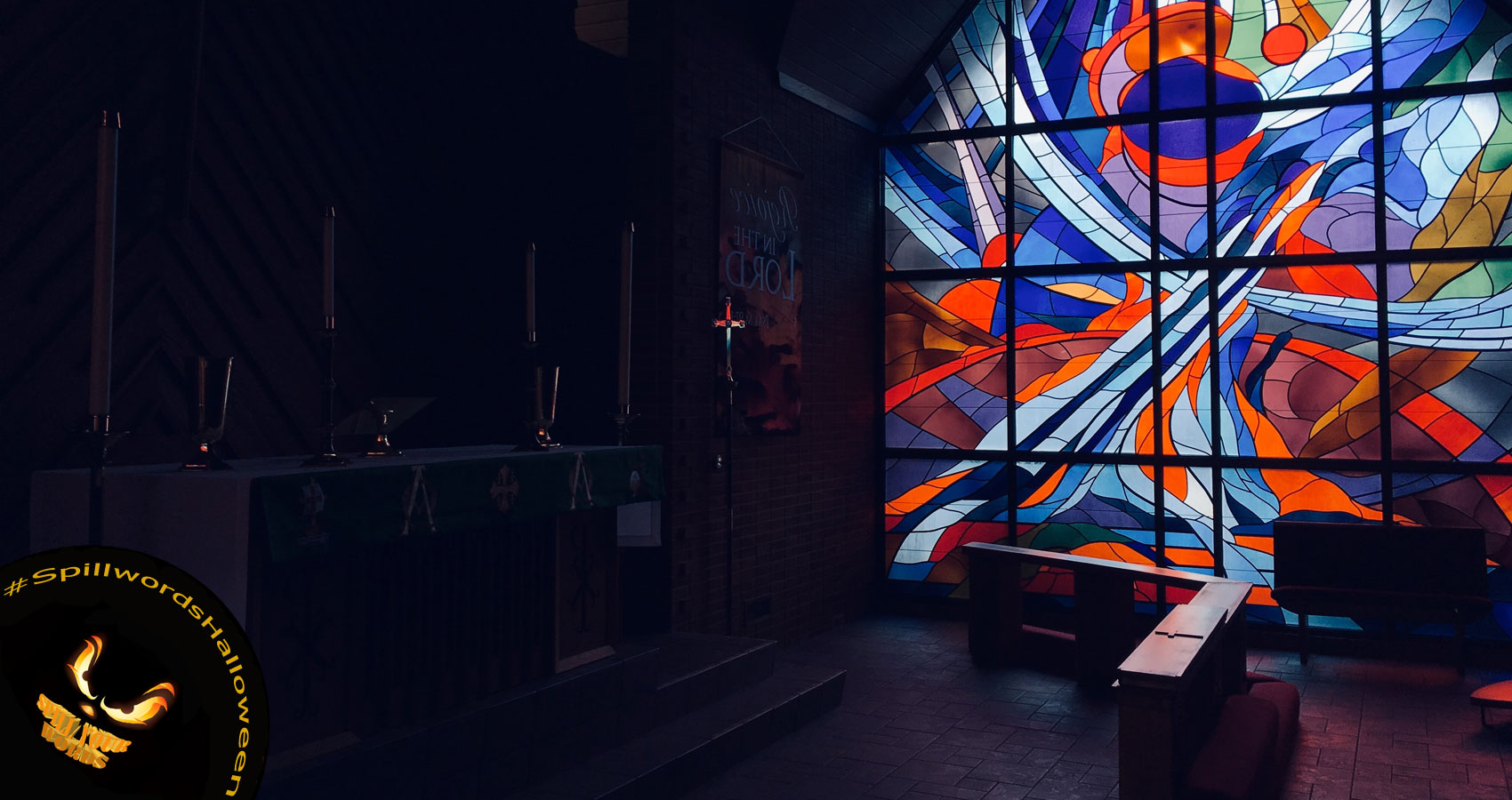 It was Halloween and already dark. Father Carl had finished preparing his All Saint’s day homily and was looking forward to going home when his secretary popped her head in.

“Father, you have a visitor. He says he isn’t a parishioner but has some questions.”

Father Carl sighed, “Fine, let him in and then you can go. I’ll lock up.”

The visitor kept on the hat and coat he was wearing. His face had the pale pallor that many Chicagoans already had by the end of October. Carl stood up and offered his hand. “Hello, how can I help you?”
He stood there with his hand extended while his visitor admired the books and artwork in the office occasionally picking a piece including the silver crucifix Father Carl had been given on the twenty-fifth anniversary of his ordination. Finally, satisfied with his survey, the visitor moved over to the desk and shook Carl’s hand.

Pointing to the chair across from the desk, Carl urged the visitor to sit and then took his chair. “You are?” “Paul Card. I’m retired and have the luxury of pursuing my interests. I’ve recently taken an interest in religion.”

“Were you raised in a religious home?”

“I suppose that you would say we were Christian, but I was not much of a practitioner and it has been a long time the lessons of my youth.”

His manner and slight accent suggested his having been raised overseas. This was not unusual for Carl’s parishioners. Even in modern times, urban Chicago was a center for Eastern European immigrants.

“I’m only a parish priest so feel free to ask any questions that you may have.” Carl was not much for theology and when pressed would tell you he spent most of his time doing counseling. A parish priest was free and therefore cheaper than any other professional.

“Thank you, I just want clarification on some points. First, Father, is it true that each priest is a representation of Christ?”

“Technically, yes. We are sacramental representatives, that is to say, we symbolize his leadership of the Church, but are not Him.”

“Thank you. Next question, is it true that by consuming bread and wine you are forgiven of sin?”

“You mean the Eucharist. Yes, during the Mass, the bread and wine are transformed into the body and blood of Christ. In Matthew, he commands us to eat for the forgiveness of our sins. It is called transubstantiation. A lot of non-Catholics have problems with the idea, but it is an article of faith. Do you have any more questions?” Carl was hoping he would not have to go into the theology of the Eucharist.

“No, I think you satisfied my concerns.” The visitor stood up and Father Carl assumed that he was about to leave, but instead the stranger took off his coat and hat revealing that he was totally bald. Turning back to the priest, he said, “In that case, I am here for absolution of my sins.”

“If you mean reconciliation, it’s scheduled for Saturday at 2 PM and Wednesday after the 8 AM mass. But I can only grant absolution if you are a Catholic. And you have it reversed. You need to go to reconciliation and confess your sins before you receive Communion.”

Taking out a small portable saw, the visitor advanced on Father Carl. Pressing the blade to the front of the priest’s skull, the visitor removed the top of his skull. Taking out a large tablespoon, he removed sections of the brain. “Oh Father, you misunderstand. I’m here to prey.”

As a Eucharistic minister for the last twenty years and Catholicism instructor for adults, it struck me that the idea of the Eucharist would make an excellent foundation for a horror story. This is not meant as a criticism of Catholicism or its practices.