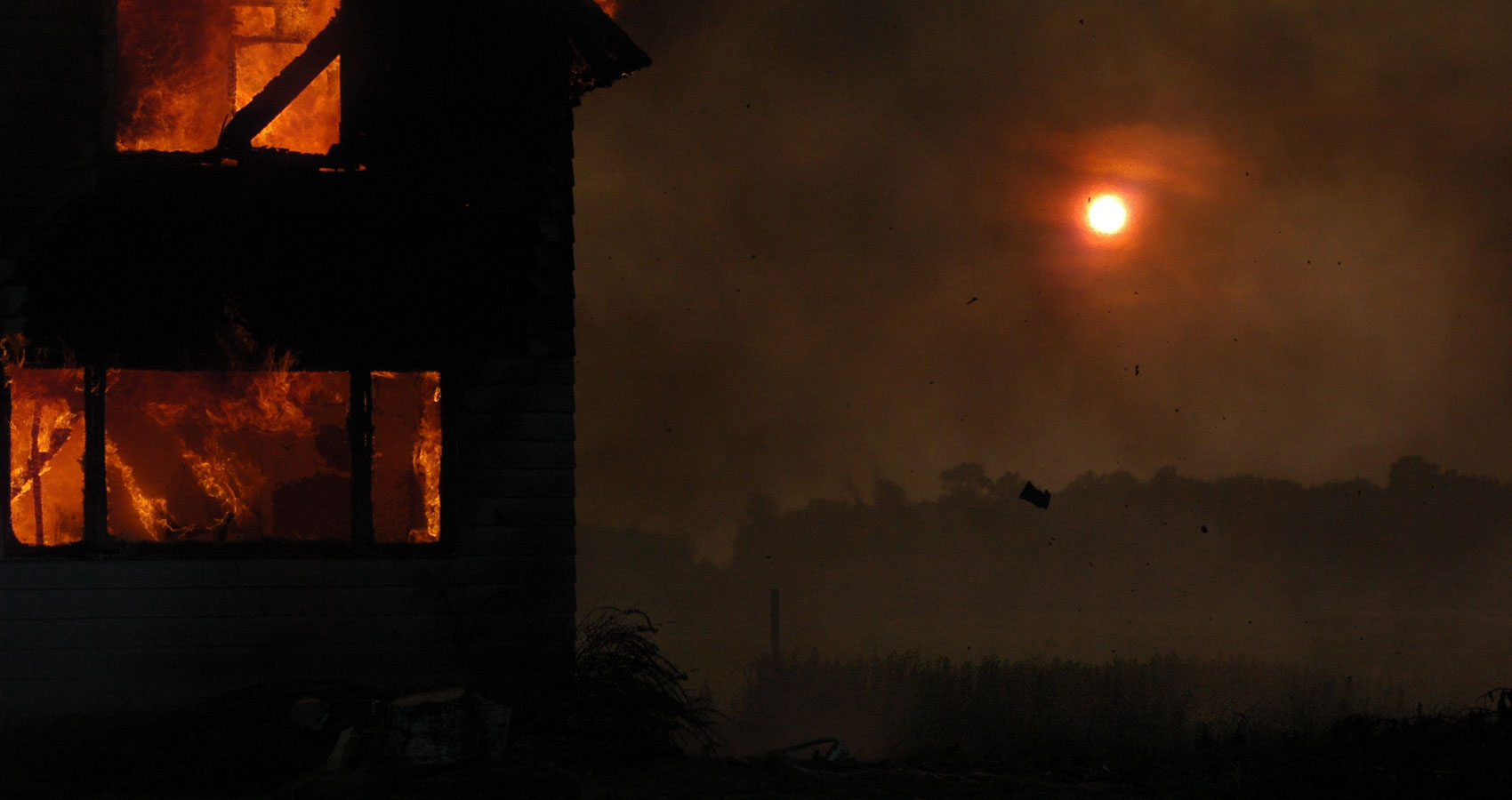 I woke early. Always did. Before sunrise it was as if I’d become colorblind. Dragged the caravan door shut behind me so it shuddered into the frame. I drove away towards our house, taking the detour that went around town before turning off past the petrol station glinting silver under fluorescents. Smoking beams of wood piled together. A car I didn’t recognize parked outside so kept my distance.
I imagined Amy in the kitchen before I burned it down, standing where cold air puffed from the fridge every time the door opened. Standing next to the window I always spotted cool changes through, cloud rearing up from horizons. Thought of her there, head dipping and lifting as she stirred noodles.
I lingered until someone stepped awkwardly from the ruins, pausing and looking in my direction. Then I slid my foot off the brake, gliding the car back onto road. I sped up, white noise of bitumen filling the car. Ahead lay the turnoff into town, passing the abandoned church, the line of gum trees with small white crosses tilting under them and Amy’s house. Further on the light of the next town glowed into skies, as if there had to be something better there.