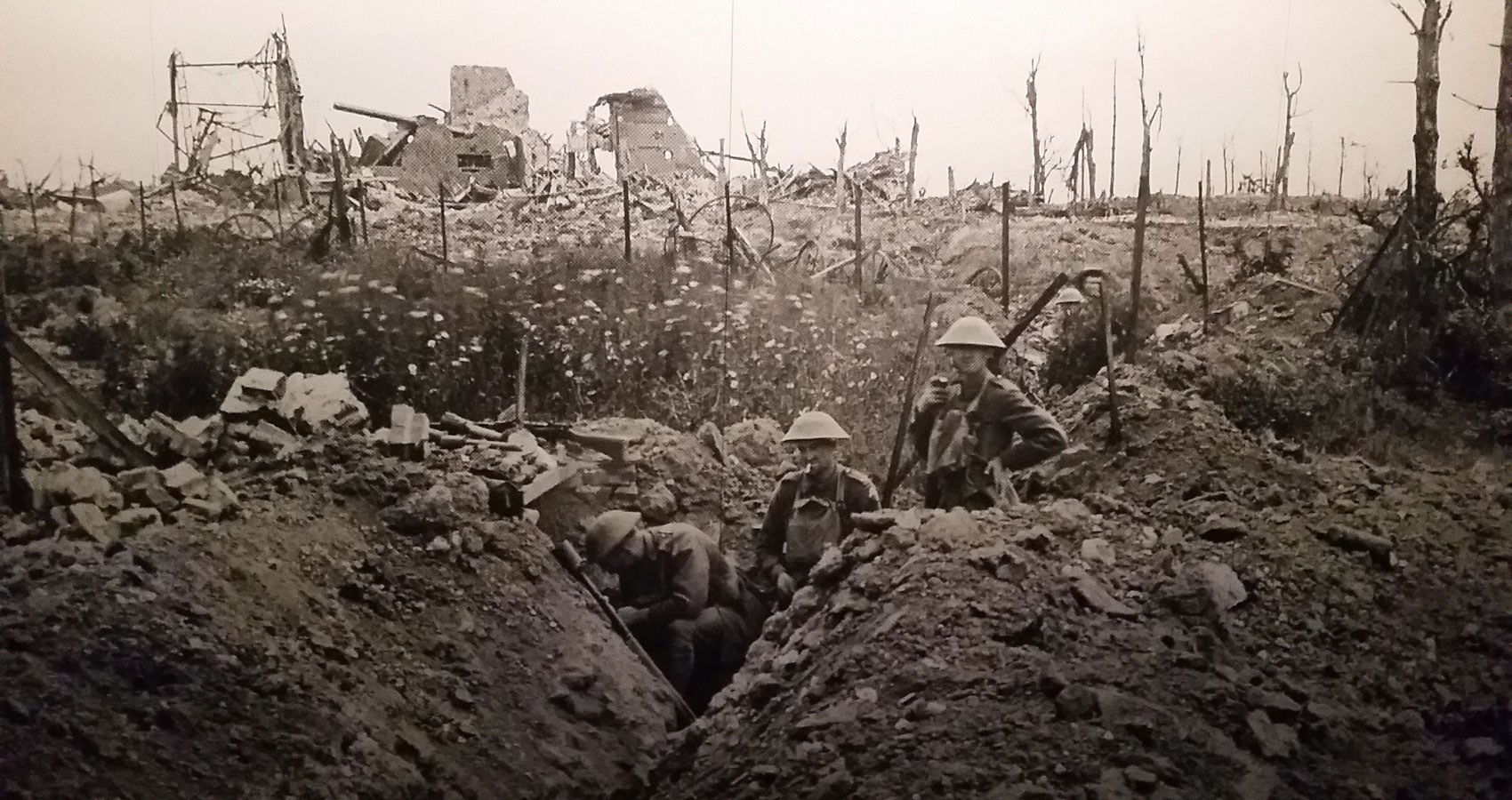 I figured you fellas would need a drink after that. I always keep a good supply of fire water for just such a time.
So, Steven, that was what happened to your Uncle Charles. We called him Charlie.
Everybody did. He was two years older than me, born in 1898. Seems that Father left Mother with something to remember him by before he went off to fight in the Philippines during the Spanish-American War. I was born not quite two years later, something that Father gave Mother as a welcome home gift. They would never describe it in that way, people were such prudes back then, but that’s how it happened. My sisters Helen and Lillian, your grandmother, came along later, in 1905 and 1909.
Our family was a scrappy bunch. We fought every time, from the Civil War on. My grandfather lost his brother, Philip, at Second Bull Run. My father lost his brother, my Uncle Albert, somewhere in the Philippines. His body was never brought home. I lost my brother in France.
Your Aunt Belle and I had two sons. They both fought in World War Two, just a generation after my war. Your Uncle Claude made it home, minus his right arm. His brother, your Uncle Jimmy, also made it home, but died a few years later from the malaria he caught somewhere in the Pacific. My nephew Freddie, from my wife’s side, was all of a month away from graduating high school. He quit school to enlist in the Navy. He was killed when his ammunition ship blew up somewhere near New Guinea. So many boys right from town were lost.
Your Aunt Helen, my sister, lost her son, your Uncle Raymond, at the Chosin Reservoir in Korea. His brother, your Uncle Douglas, was a prisoner of war for three years in Korea. He came home, but has never been right since.
And it hit your generation too, Steven. You served in Vietnam. You came home, but your cousins Tommy and Bruce didn’t.
And it goes on, doesn’t it? Your nephew Allen was almost blown to bits in Desert Storm.
He’ll never walk again, will he? Stuck in a wheelchair for the rest of his life. Your cousin Eddie, who was killed in Lebanon. You’re what, forty-nine? Fifty now? What about your kids? Your grandkids? Your son is old enough to join the Army. Will he be next?
Even that terrible Spanish flu epidemic in 1919 was caused by the war. Men returning from France brought the bug home with them and it spread everywhere. I guess we won the war, but not by much.
So who is next, Steven? Haven’t we had enough of this? When does it end? Barry, do you have an answer for that? When does it end?
Okay, I’m sorry. I went on a tear there. Let me have a drink.

There. Much better. Those folks in Scotland sure do know how to make some fine whisky.
Okay, Barry. More questions for me?
Do I believe in God? Interesting question. Do I? After what I’ve seen, and what has happened to our family over the years, I don’t think so. Would a loving God allow all of this? No, I’d say that God means nothing to me.
They took my uncles, my brother, my son, my nephews away from me. My loving wife, Belle, incredible woman that she was, was taken away from me too. Cancer. She was only fifty years old. That was half a century ago that I buried her! I’ve been alone for fifty years without her. We were married for thirty years, and she’s been gone for fifty.
And you want to know if I believe in God.
All I know is that, right now, I’m still healthy and still have my wits about me, but how long will that last? I won’t pray for a longer life. I haven’t prayed since that first terrible day in France in 1917.
I think I’m done talking for now, fellas. I have to lie down. My head is pounding from this.
Sorry.
Steven, don’t be a stranger, you hear? Come on up and make sure I’m still kicking. Always great to see you. Bring Barry along and we can do some more damage to my stash of fire water.
Say hi to everyone, tell them I’m still here.

There they go. Nice to have a little company. It gets lonely up here sometimes. Oh, they call me an old hermit. I’m not, I go to town once a week or more for groceries and supplies, have a drink at the Legion. I like it here. Not much traffic, no noise. They’d like it too if they came by once in a while.
Maybe it’s too late for that. I think my time is over. I still have these terrible memories after eighty years. I can’t shake them. Shell shock, battle fatigue, post-traumatic stress disorder, whatever the hell they call it these days.
Well, I told my story about what it was like over there. I never much talked about it. None of us did. War stories? Not from us. Too many bad memories.
I saw the fields of poppies and crosses in the cemeteries over there. Nothing grows on that poisoned land except poppies.
No man’s land.
So many buried there. So many poppies.
Okay, George, you old coot, let’s pour yourself this last bit of Scotch. There we go. Let’s make a toast. To those who went before us, and to us five American doughboys who are still left. We won’t be around for much longer. Let’s just hope that someone remembers us.
This Scotch is so good. Only the best fire water, right? But now it’s gone, just like everything else.
My trusty old .45 caliber Colt, model 1911A. Military issue. Great old weapon, still works well. Shot a few critters over the years with this. They sure knew how to build them back then.
Just like the guys I served with over in France. My guys.
One last check. Everything is paid off. Taxes, insurance, everything. Only things due are the electric and telephone bills. They can chase somebody else for them. Haven’t they got enough out of me over the years?
One last swallow. Here’s to you, the five Americans who are still left, including me. May they remember us for our service to our country. In the Great War. The war to end all wars. Yeah. Right.
Hand salute. Two.
Bang.
And then there were four.

This story was back-dated to 1999, when there were five American veterans remaining. At the time of this writing, the very last of the veterans of World War One, of every country, both friend and foe, have passed. There are none left.
The last five surviving Allied veterans of WW1 were: Harry Richard Landis, US Army, died 10Feb2008, age 108; John Babcock, Canadian Army, died 18Feb2010, age 109; Frank W. Buckles, US Army, died 27Feb2011, age 110; Claude Stanley Choules, British Royal Navy, died 14May2011, age 109; Mrs. Florence Patterson Green, British Royal Air Force officers’ mess steward, died 7Feb2012, age 110.
The last American veteran, Frank W. Buckles, was honored in several ceremonies before he died, including being feted at the White House by President George W. Bush in March 2008.
As they had lost the war, there were no certified records of surviving German veterans. It is presumed all had passed by 2012.

Jersey Shore native Gary S. Crawford is a local historian, editor, and award-winning author. He has published many articles on historical subjects, including the “Historical Vignettes” column in the Asbury Park Press and other local newspapers as well as several national magazines. Considered an authority on the Morro Castle ship disaster, he has published a companion book to his lecture series on the disaster. He co-authored the Arcadia Images of America book on Bradley Beach NJ. He has also published many short stories in several anthologies, four of them winning awards in the East Meets West series. Crawford has published the horror novel Voices Over the Moon and war veteran fantasy Voice of a Hero, both available on Amazon and Barnes&Noble. Crawford has a degree in business administration, minoring in creative writing. He lives at the Jersey Shore with his wife Dawn, their grown daughter Amy, and four grandchildren.