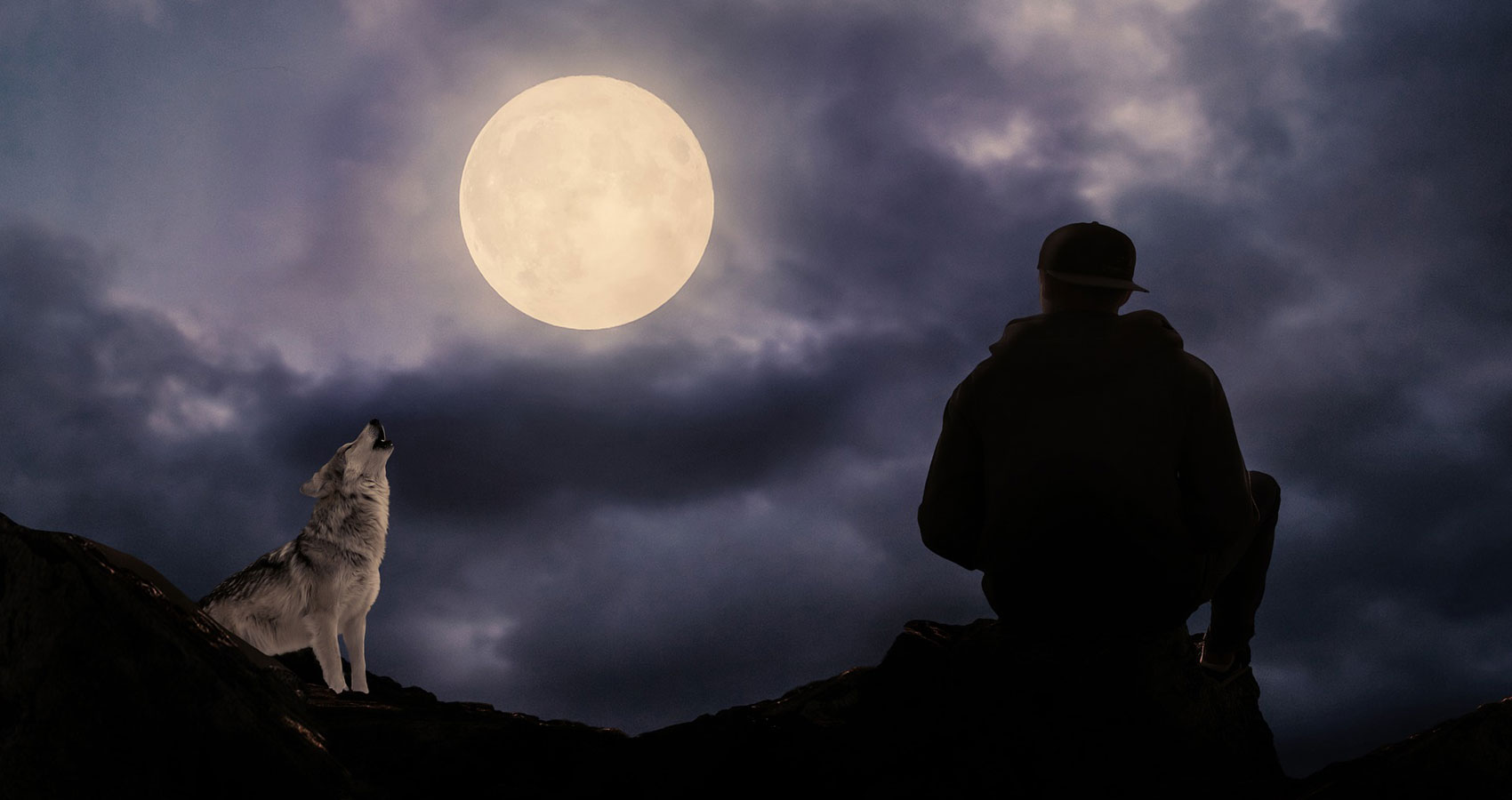 Wolf and A Man

Wolf and A Man

which the philosophical crystal
does decorate a noble soul of
a romantic charm full of dreams?
wolf I am touching your mark left on
path with roses as grandiose counterpane
the philosophical path
to the wizarding world
embellished by ambrosia
so ambrosia wraps me up
like a bird in the morning wind

the star is smoldering
but it does not burn
because it’s like crystal
of existence – of dreams of perfection
Man where is your scarlet garden
on the hill?
or maybe in a lush valley?
in the heart of the romantic there
are 1000 stars they envelop him
for them they create poetries

One day, a young man left his homeland and went to a zoo near an ancient forest. He watched wolves in an enclosure. A young wolf came near the young man – a poet, philosopher and dreamer. The man looked into wolf’s eyes with eyes full of eternity. The wolf’s eyes became gentle and beautiful, like an eternity of a wolf’s soul. The wolf has become as friendly as a dog and began to bounce with joy. A wildness of his nature during this meeting fled like star dust during an evening druidic mass. The poet wanted to write a chapbook entitled “Conversations of the young man with the young wolf”, which had to immortalize this extraordinary meeting.