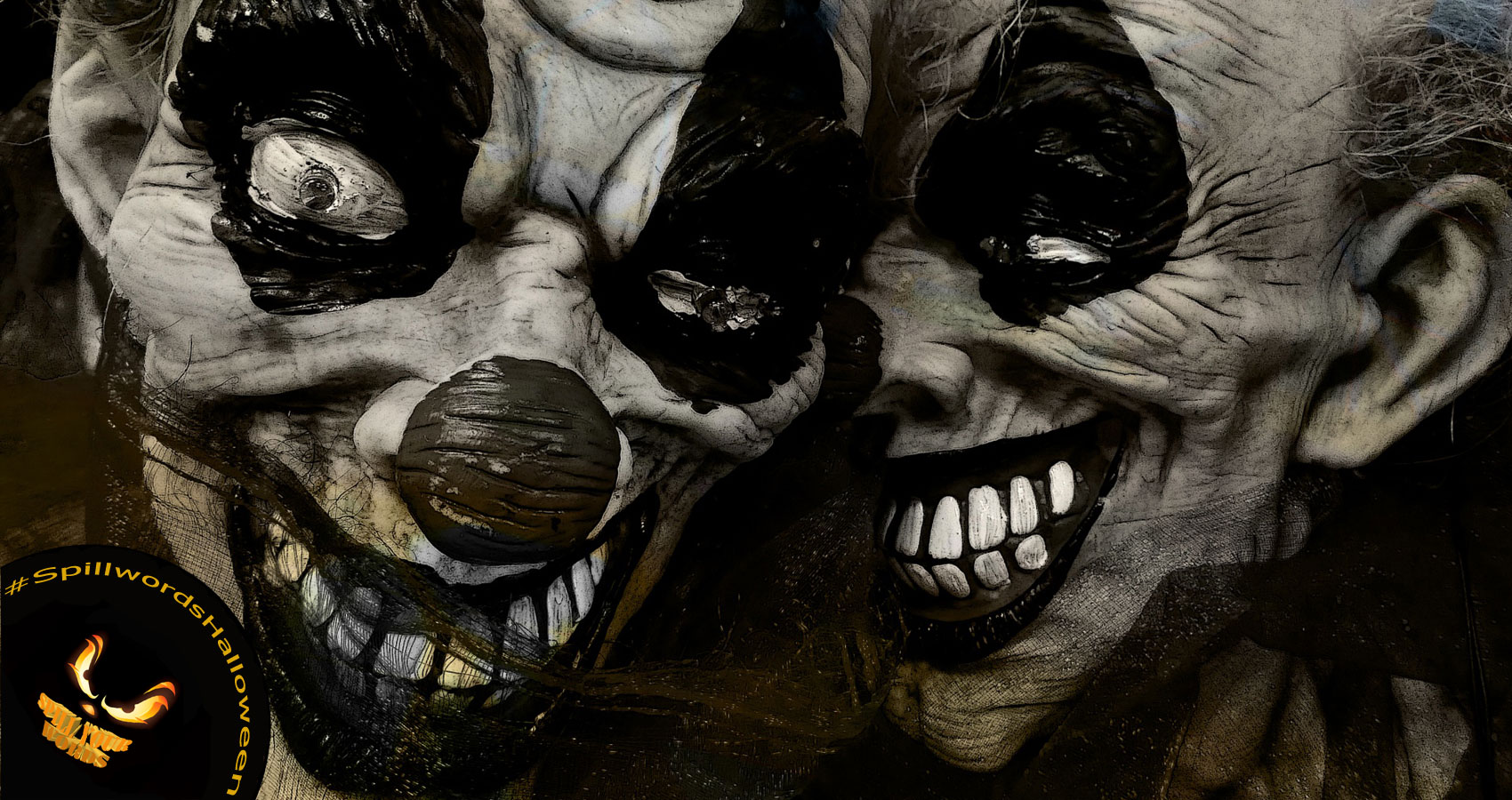 “I’m sleeping,” she’d say to no one in particular
It was important for them to know if they ever wanted
To comprehend what she was going through

But that was nothing compared to the clowns
Who broke through her pool water, breaking up the calm
Which never really existed in the first place
Their make-up would smear and slowly drip drops
Into their mouths as they licked their lips
And smiled in her direction

Telling people made them put up walls
And question her sanity, which was, of course,
Crazy
The only logical conclusion was slumber
But dreams hit her hard
Some mornings she woke up drowning
Covered in clown water
Trying not to breath but needing to feed her lungs
The air she used to take for granted
Sleepwalking was no long adventurous

Mirrors were covered to hide what lived behind them
No one needs to see that
Her loved ones were gone
They didn’t die, they just didn’t love her anymore
Eating became problematic
If she searched for a morsel, she could always find an egg or two
Some were bigger than others
All were unappealing once they hatched

Each day was just as different as it was the same
If she thought about it long enough
Her memory flashed glimpses of who she used to be
It wasn’t pleasant
In fact, she was unbearable
The souls she had stolen wanted revenge

Hell holds her tightly now
Reliving her fears, moment after moment
After moment
And the joke is on her
Because she has no clue or chance or relief or
Hope
She is simply the one to avoid
Halloween and horror stories would be comforting blankets
Deep, cavernous wounds in her wrists could not hurt
Nearly as much as the pain seeping from her head
A nightmare would be welcomed