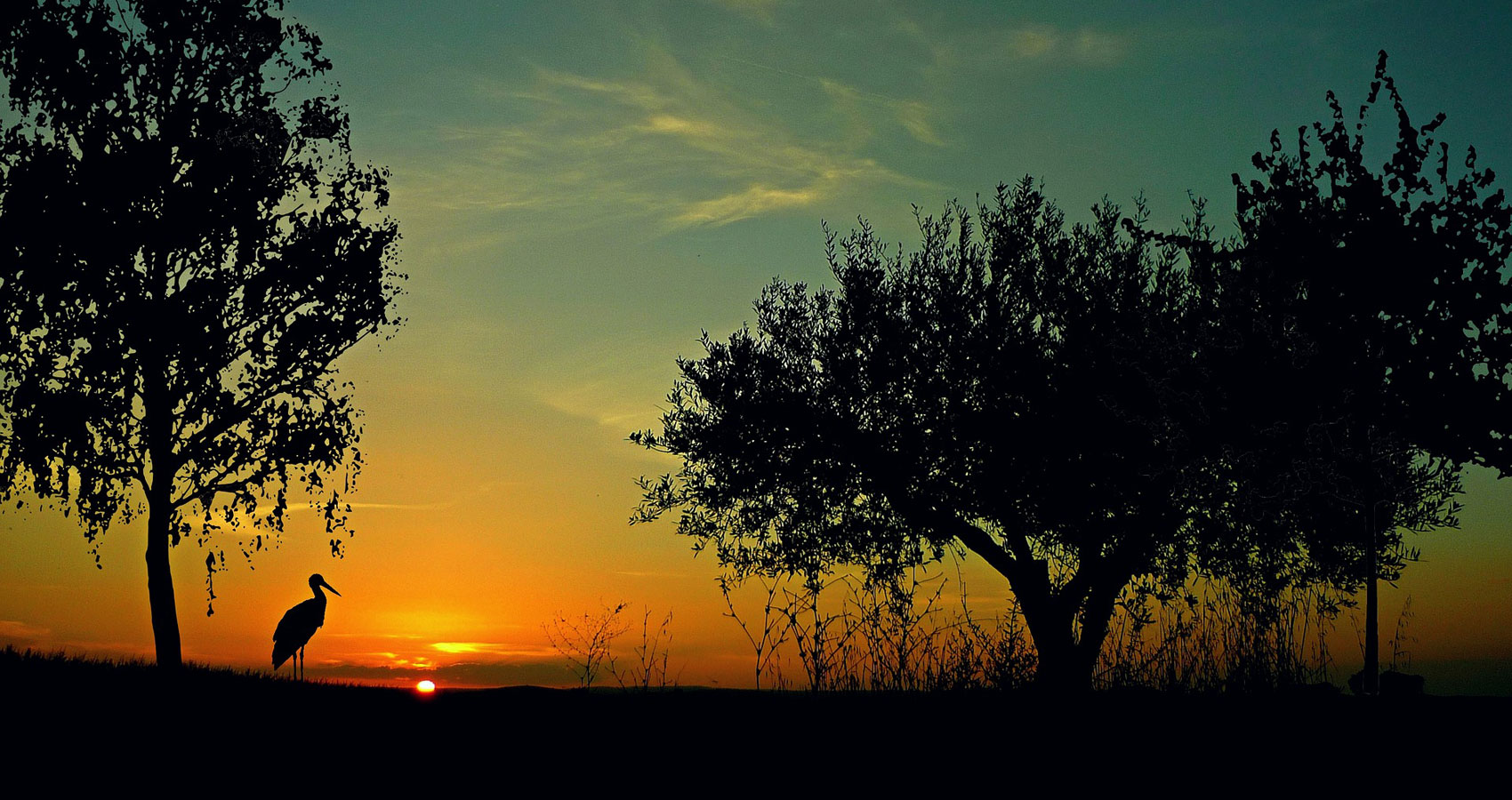 seven hundred miles
from home but a dreamy stork
our rumination

silence of morning
a flock of storks sitting
on beloved camping

a herd of storks
Japanese she-tourist
watching them dreaming