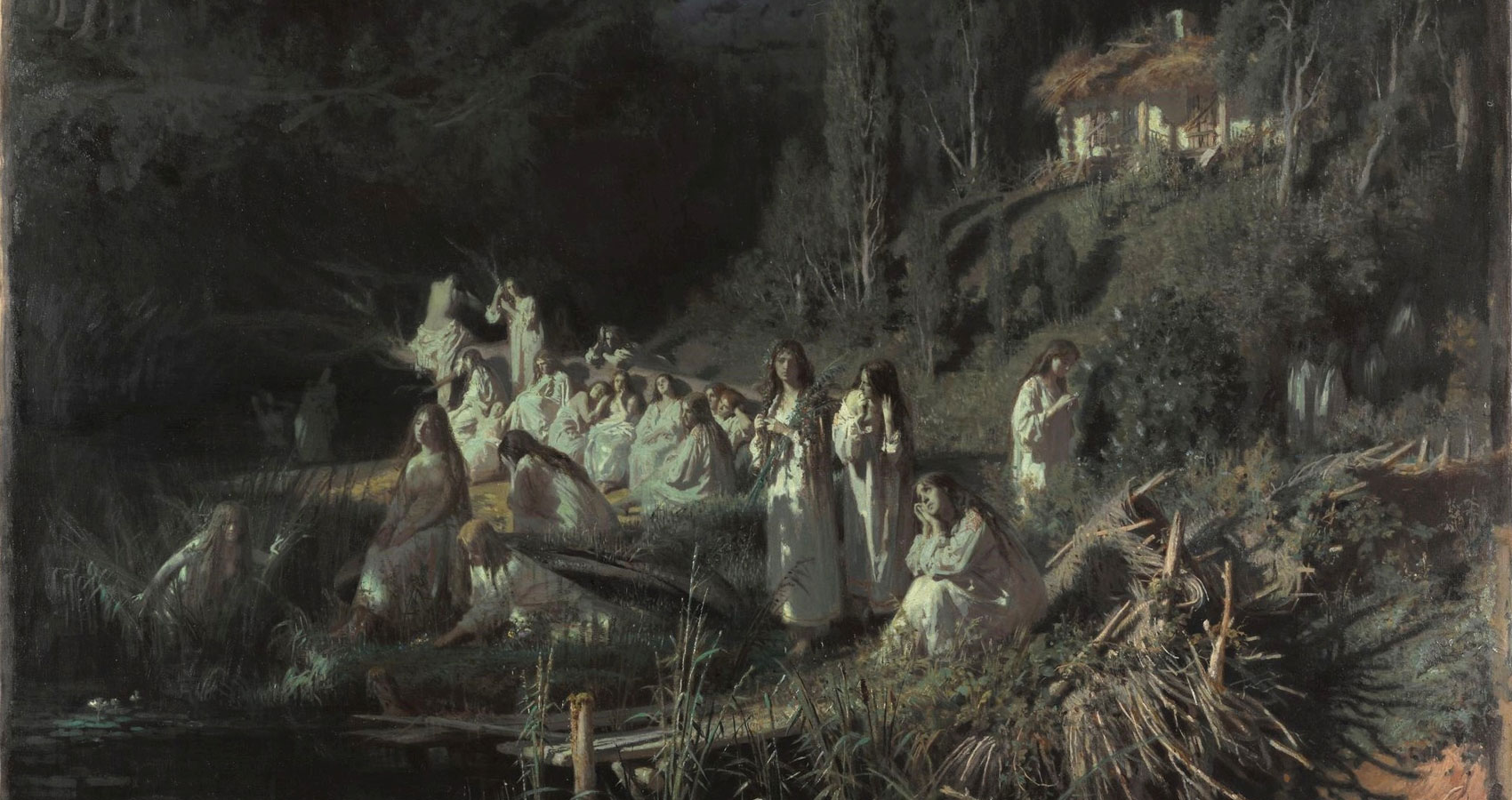 And so she shrieks,
and pours out her sorrow, pains…

No one understands her
existence or self.
Such a waste, for a lass
to dance, or be “happy”,
when already dead.

They all banish her,
or sentence her to Hell,
unable to find a soul
and remain in peace.

Her home now,
is an endless floating coffin in
purgatory.

Mascara doesn’t fade away,
but joins the many puddles-
a new chaos is born.

Rusalka is a mythical creature, similar to that of the Hellenic Sirens. Only differences are: these creatures are part of Slavic mythology and folklore, and the others is that they are innocent and young maidens or brides, who have committed suicide by drowning or infants who’ve also died the same way. They lure both men and women, sometimes even children, not by song but by dance.

Boris Simonovski is an undergraduate of English Language and Literature major in the University of Ss. Cyril and Methodius in Skopje, Macedonia. His poems have appeared in "Black Bough Poetry" and will also appear in the upcoming anthologies of 2019 and 2020 "Oriental Prism 3" and "Oceans of Emotions".