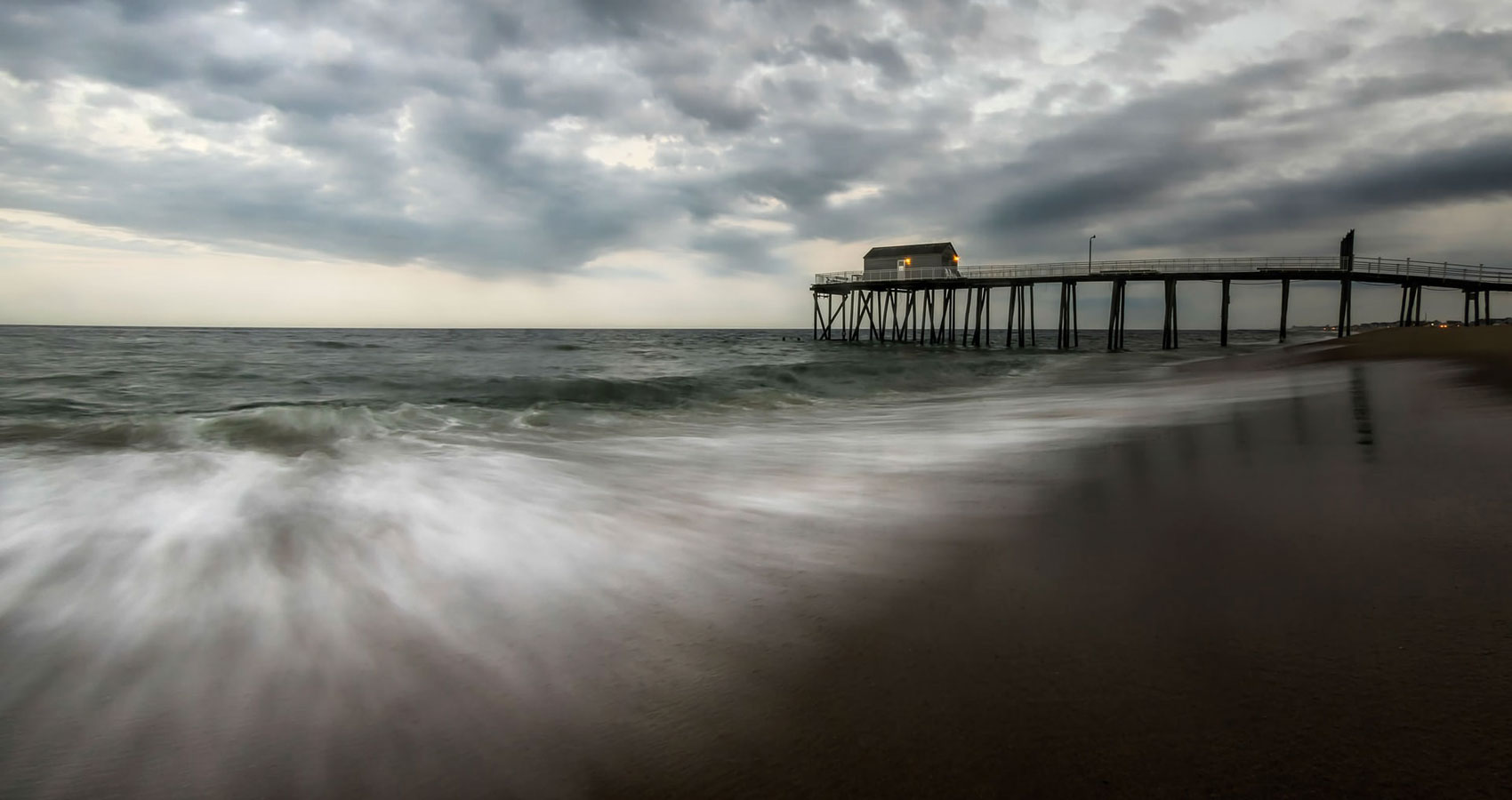 At the edge of the jetty,
I rest on a flat rock
with shivering bones
and eyes that water

Like a resting bird,
I sit in peace
while the sea around me
speaks in windblown words
and broken sails,
ships beached and capsized

On a tide of choppy energy,
nature takes many strange turns,
eluding peace, expanding space
before the universe wakes
from its nightmare

Only pelicans fly in a straight line,
abiding minds gliding,
skimming the shimmery surface,
those teachers of the sea
with a marvelous intuition,
they grasp more of life’s lessons.

Mark Tulin’s books include Magical Yogis, Awkward Grace, The Asthmatic Kid and Other Stories, and Junkyard Souls. His work has appeared in Amethyst Review, Strands Publishers, Fiction on the Web, Terror House Magazine, Beatnik Cowboy, Ariel Chart, Still Point Journal, The Writing Disorder, and others. He has been nominated for a Pushcart Prize for “A Mountain Spirit” by Active Muse. Mark is a retired psychotherapist who lives in Ventura, California. He can be found at his site: Crow On The Wire.

Good To The Last Drop

Tomorrow There Is A Snake