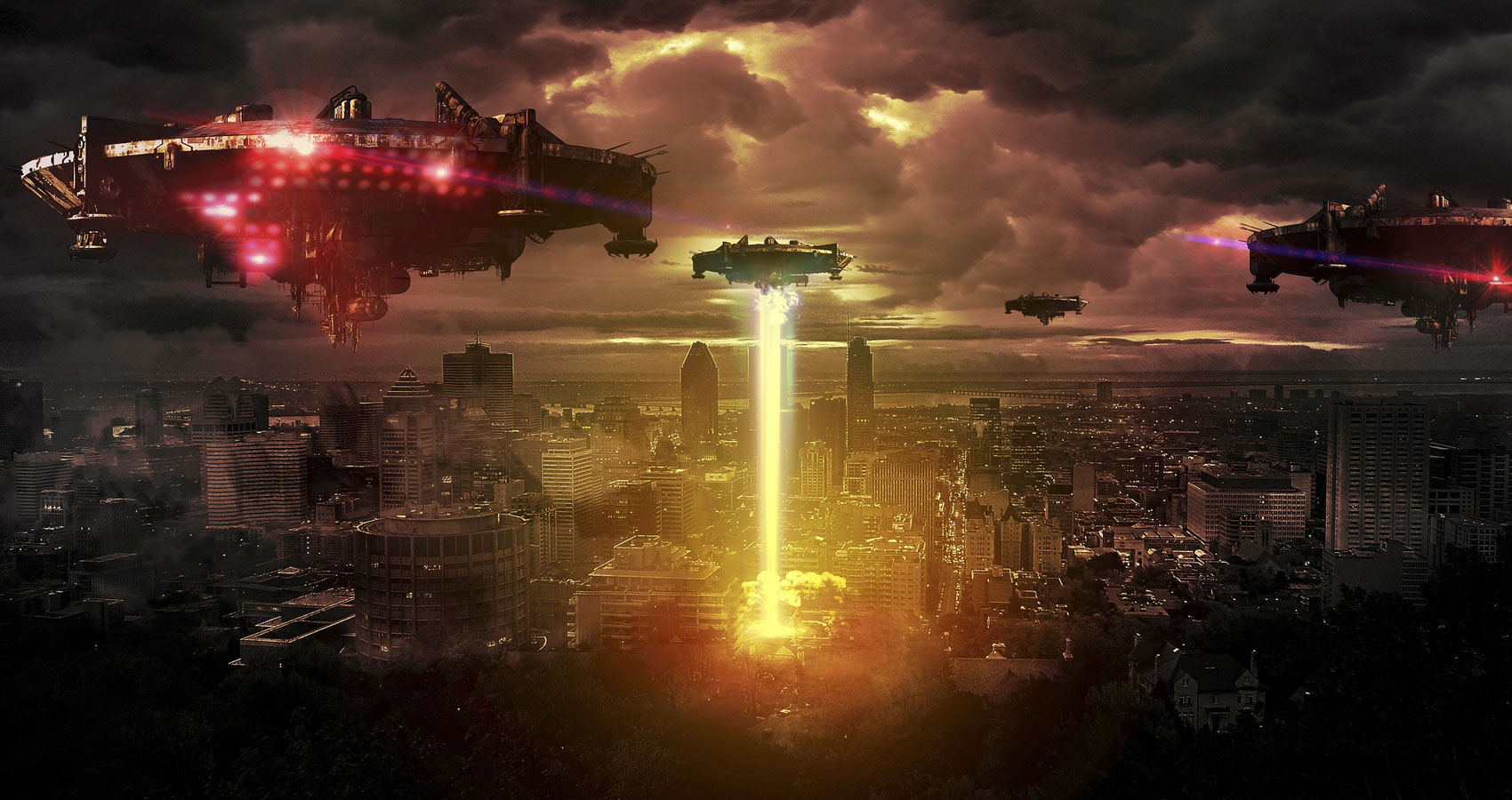 “The aliens are concerned of mankind’s tinkering with weapons of mass destruction. At least the Nordic aliens, I can say.”

Armand nods. “Since 1948 they’ve been monitoring nuclear weapons silos and depots, particularly in America and the former Soviet Union. Countless reports of the sudden malfunction and disabling of ballistic missiles in the presence of unusual UFO activities have been declassified. Journalists have also managed to smuggle documents out of the former Soviet Union detailing the Soviet military’s extreme concern over UFO activities targeting nuclear weapons sites.”

“They have been warning mankind, Armand.”

“But no one can be completely sure if all the UFO activities across nuclear weapons sites on the planet have been from the Nordic types. What if some or the majority of those aliens are hostile, and have in fact been putting in place the groundwork as a prelude to massive invasion? These unusual alien activities over nuclear weapons sites have consistently been observed as having alien spacecraft beaming lasers on strategic points. As if they’re leaving some sort of technologically advanced markers, the way infrared pointers are used by today’s jet fighters and bombers. What if they’ve been implanting photon devices or things like that we still haven’t figured out to function like explosives, and will simultaneously blow up all nuclear weapons in silos, aircrafts, storage sites, submarines and ships as the first strike to disable our retaliatory capabilities no matter how crude technologically compared to what they’re capable of? Or, since the technology to cloak Earth from extraterrestrial detection has been perfected, or we think we have, they have been putting in place countermeasures for them to easily locate our planet in our galaxy the moment they decide to attack. They’ve clearly been monitoring our technological advances, and knew when we figured out how to cloak Earth from E.T. detection.”

“The Nordic and Grey ones will protect us, I’m sure of it.”

“That doesn’t sound assuring,” Armand shakes his head. “Because protecting us can only mean that Earth will be the battleground or the theater of war.”

“The Nordics don’t want us to destroy our planet, particularly the environment. Following from what you’re saying, if we insist on destroying Earth they will do it for us, the Nordics. They will do us the favor because they obviously have the technology to do it in one swoop, minimizing Earth life suffering. Why wouldn’t they just disable all the nuclear weapons in one go?”

“They can’t do that until their invasion forces are here. Because doing that will alert us into a race of catching up on defensive capabilities, which they don’t want, and they are probably not yet ready to launch their invasion. But surely they are getting very, very close. Almost ready.”

“Shouldn’t all countries end their petty bickering and conflicts now? And pool mankind’s resources and intellectual powers for Earth’s defense? The real threat is clearly coming from the skies if you are correct.”

Later, Luis prays aloud in his dim lit room, asking Raphael the Nordic Alien to appear and answer some very worrisome questions. Tears well, sweat breaking on his forehead. He feels the cold finger tracing his spine, the same arctic gauze wrapping his left shin. He feels his heartbeat aurally, the strong waft of caterpillar making him see porcelain-white toothpaste, the smell quickly turning minty making him see mentha leaves shaped like eyes floating in the yellowish darkness. He sincerely and reverently asks the Archangel if it’s true there are ongoing intergalactic alien wars mankind’s instruments have failed to detect. With a sad tone of voice, he asks Raphael the Grey Alien if the Nordics and the Greys will defend Earth if the worst possible scenario becomes reality. He humbly asks Raphael to give him verbal reassurance his beloved planet, mankind’s only home, will be defended against hostile aliens. He humbly asks the angel to promise mankind’s protection against extinction or worse, slavery by a nonhuman ultra-intelligent species. He humbly asks the friendly alien what the point is in writing the Book of Healing if mankind’s home is destined to be destroyed if mankind has been fated to be wiped out like all the other previous civilizations. He doesn’t verbalize some of his thoughts making him wonder if God or the gods are just playing the trickster’s game with human lives and the lives of plants and other non-sentient beings like dogs. He wonders what gives God or the gods the right to play with the sufferings of the others. He strongly feels he doesn’t want to be immortal anymore. He wants to be a mortal man again. He questions with his mind why Raphael the Archangel returned his immortality to him without asking his permission.