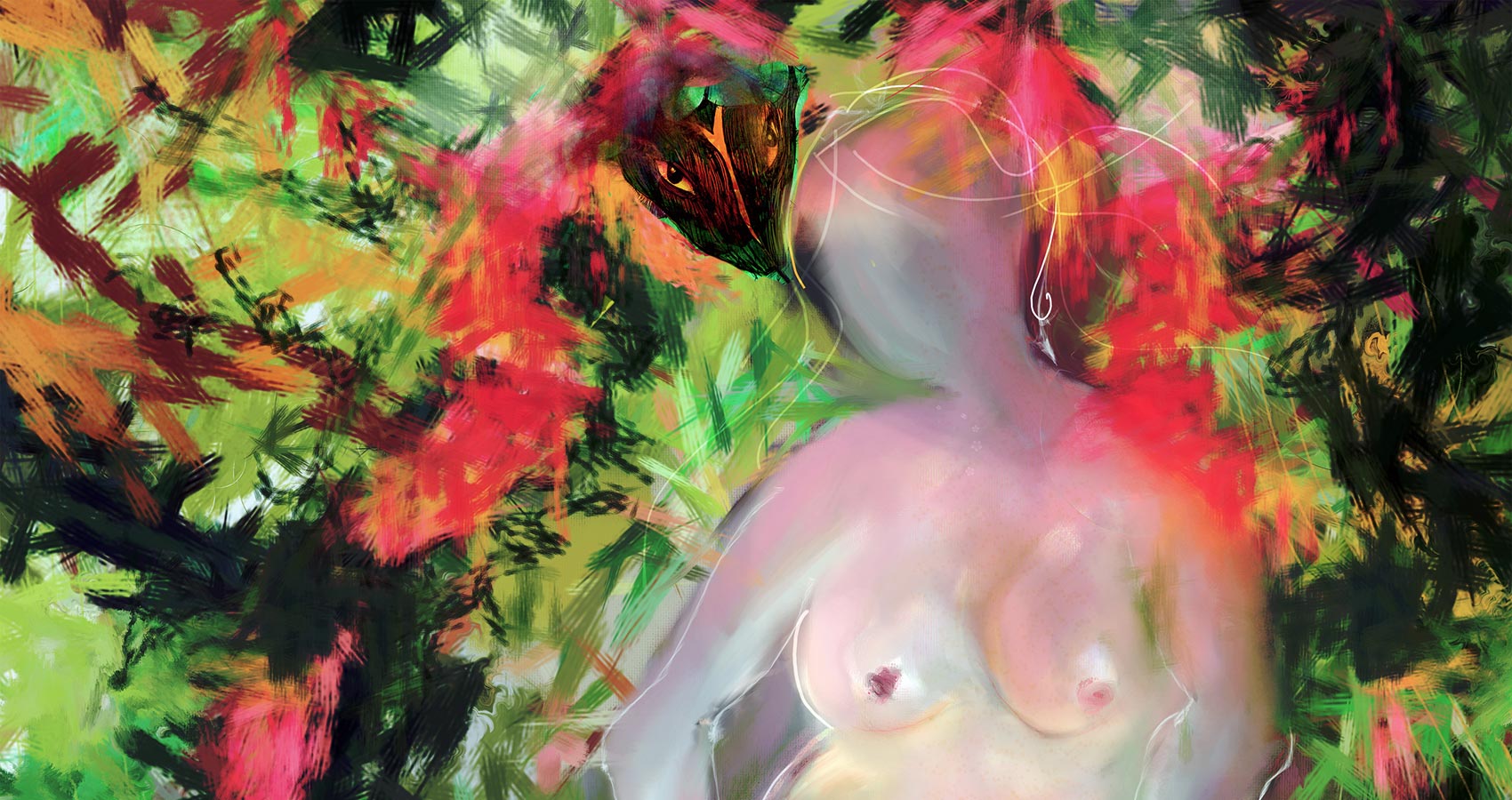 And a snake came between them
in the garden in the dark
slithering on his smelly belly
fast as cunning scheming shark.

Deep in grass he jerked and heaved
singing praise with sweetened tongue
to a maiden bare and beauty
who soaked his songs into her lungs.

And her beau he charmed also
both were weary not of foe
for in the vineyard it was Heaven
East of Eden was the show.

In their garden so many pleasing
trees grew fruit and creatures roamed
carefree gay they buzzed with vigor
like bumblebees in honeycomb.

Sneaky snake he came between them
when they naked sat in shade
loving tender one another
open-hearted and unafraid.

‘Come and play’ He softly whispered
let us eat and merry be
this paradise is full of treasures
all is yours and all is free.’

So he gave her one red apple
from the tree of good and bad
and she saw it was delicious
but when she bit she turned sad.

It was then she grew aware
the snake’s intentions were not pure
he was not a friend of hers
his lure was evil that was sure.

That sneaky snake came between them
for evil loves to tare apart
all that’s good and all that’s civil
with poisoned darts into the heart.

Don’t be fooled by sugared talk
of shrewd and cunning spiteful snakes
who wish to harm you into giving
what is not for them to take.

Yakira Shimoni Fulks is a dynamic multimedia artist. Kira expresses in a variety of mediums including: graphic and digital arts, videography, music and poetry, singing and songwriting, traditional oil paintings and delicate watercolors. Yakira was born in Jerusalem, Israel and holds degrees in international relations, graphic arts and interior design. She is the publisher of The Forum Press located in Orange County, California.