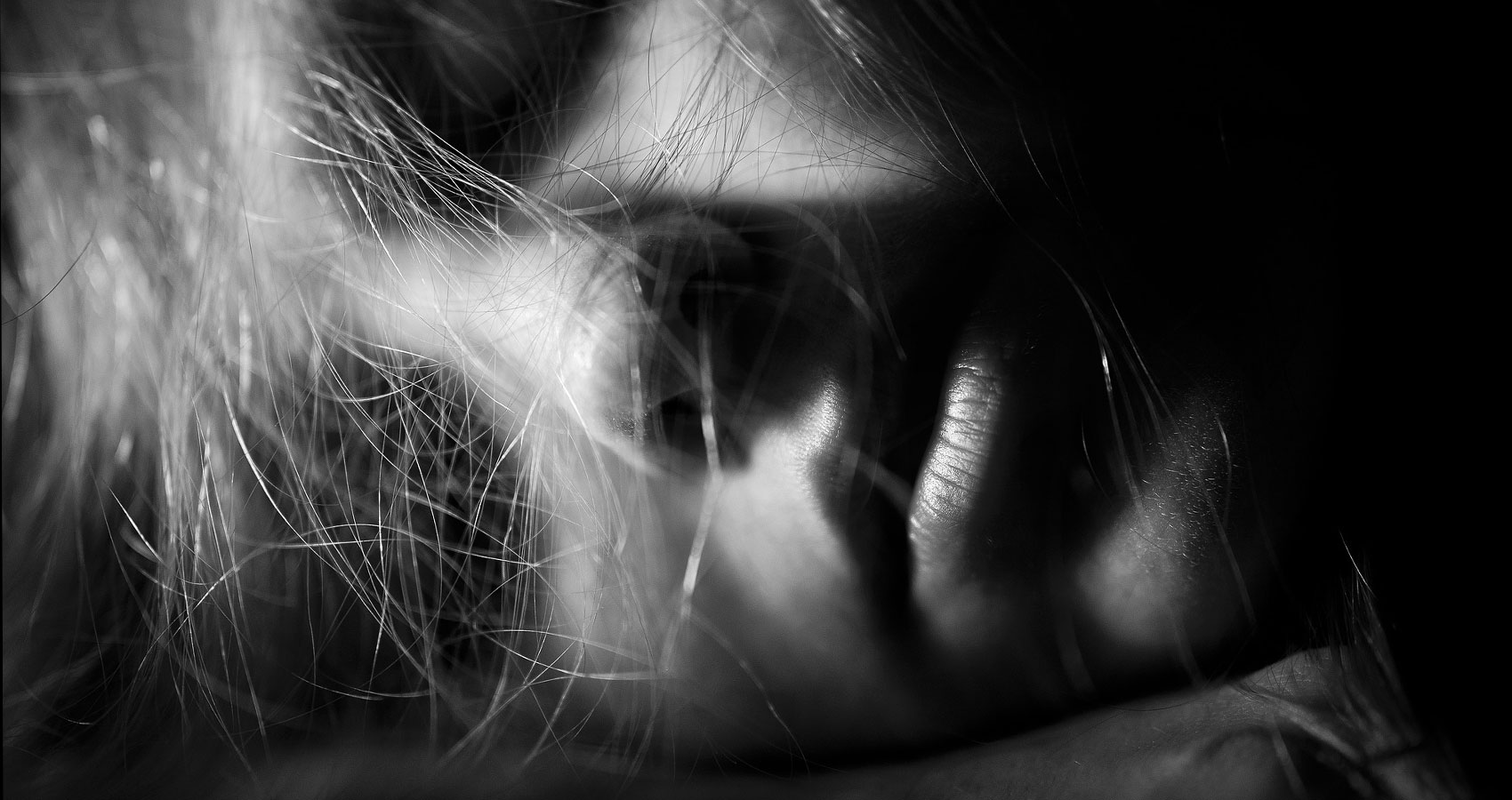 Gibson was standing near the door with his hand on the knob. “Gib…!”, Karen walked to the door calling his name. Seeing him near the door, she stopped. “Are you looking for this?”, she asked holding the car keys in her hand. He turned with a sigh. “When are you going to stop forgetting where you left your car keys?”, Karen asked. As Gibson tried to come up with an explanation, their daughter staggered down with her bag. “I’m ready. I think…”, she said in a hollow voice. “Oh! Honey, you know you don’t have to go to school today…”, Karen said in a soft voice, stroking her daughter’s hair. “No!”, she protested. “I have to submit this project today. All my friends will do so. If I don’t go, I will be left out”, she protested. “Ok! But, once you do that, you call mommy and I will get you home. You understand?”, she asked. “Okaayyy…”, the girl replied. “Now you go with daddy…”, Karen said looking at Gibson. They all walked out of the house and Karen locked the house.

It was all dark. She slowly opened her eyes. She looked around. She blinked to adjust to the darkness. Fear crept into her. “Hellooo…Is anyone here?”, she asked in a shallow voice. No answer came. She was so weak that she couldn’t even move.

Gibson entered his office. “Late. Again”, his boss yelled at him. “Had to drop my daughter off at school. Sorry, won’t happen again…”, Gibson walked past his boss. He turned to the direction Gibson went and shouted, “Don’t say that again!”. Gibson hurried to his cabinet. He shuffled through the files piled on his desk and sighed. “I need those files I gave you yesterday”, Mary said. She was always demanding. “I’m already over my head. But, I will get to you as soon as possible”, he replied. She shook her head and went away.

“Is anybody there…?”, she asked again in her feeble voice. There was no reply. “Hel…”, she started to cough. She tried to stop it, but it only made it worse. She laid down and closed her eyes. She was tired.

After a five-hour search, he got the file Mary asked for. He started reading it when his phone rang. He looked at it. It was Karen. He took the phone in his hand to answer it and then thought for a moment, it was probably to inform him that she has taken their daughter home; he put the phone back on the table and continued with his work.

She slowly opened her eyes, again. It was still dark. Her eyes were now somewhat accustomed to the darkness. She looked around. She saw a door. She slowly crawled towards it. It wasn’t easy.

“Here you are”, Gibson said handing the file to Mary. “Thank goodness! I thought it would take forever!”, Mary said exasperated. “Surprise-Surprise”, said Gibson, smiling. He came back to the office and collapsed into his chair. He stretched his hands when his phone rang. It was Karen again. When he was about to take the call, it ended. He saw the notification bar. It showed 11 missed calls. All from Karen. Normally, she would call once or twice and if not attended then, she would just leave a message. He figured out something was wrong. The phone rang again.

She reached the door and tried to open it. She pushed and pulled and pushed again. All in vain. She couldn’t open it. She felt very weak. Weaker than ever before. She laid down again and her eyes closed involuntarily.

“Where is she?”, yelled Karen as soon as he attended the phone. “Who? Wait…Why are you crying?”, panicked Gibson. “Our daughter…Where is she?”, Karen asked again, sobbing. “She’s in school and you were supposed to take her home by now”, Gibson replied. “Yeah…Only that she’s…she’s missing”, saying this, she broke into tears. Gibson couldn’t believe his ears. “Did you…did you call the police?”, stammered Gibson. “Yes…they are searching for her around the school”, she replied. “Ok…ok. Calm down.”, Gibson interrupted. “How do you expect me to be calm?”, she asked in anger. “Okay…Where are you? I’m coming to you”, asked Gibson. “I am at our precinct”, she replied. “Ok…I am coming. Don’t worry. I am sure we will find her”, he assured her again and walked out of his office. “Where are you going now? You should be here at least for two more hours”, asked his boss seeing him heading out. “I am really sorry…My daughter’s missing. I have to be with my wife”, replied Gibson and without waiting for any concern he walked out. He walked into the basement. Though it was four in the evening, there was not much light in the basement. “Security! Security!”, he called out. No answer came. He sighed and slowly went to his car in the dark and drove it out. When he reached the precinct, it was almost five. He entered the station calling out for Karen. When she saw him, she hugged him and started crying. “Please take her home Sir…We will find your daughter soon”, an officer asked him. Gibson nodded and walked her out. As they neared the car, Karen passed out. He decided not to wake her, so he slowly carried her to the car’s rear and opened the back door. Something fell at his feet. He looked down over Karen. He dropped her. He stood still. The drop woke Karen. She looked at him staring down and turned towards that direction. She let out a cry of horror. Their daughter was lying there, on the road, dead.