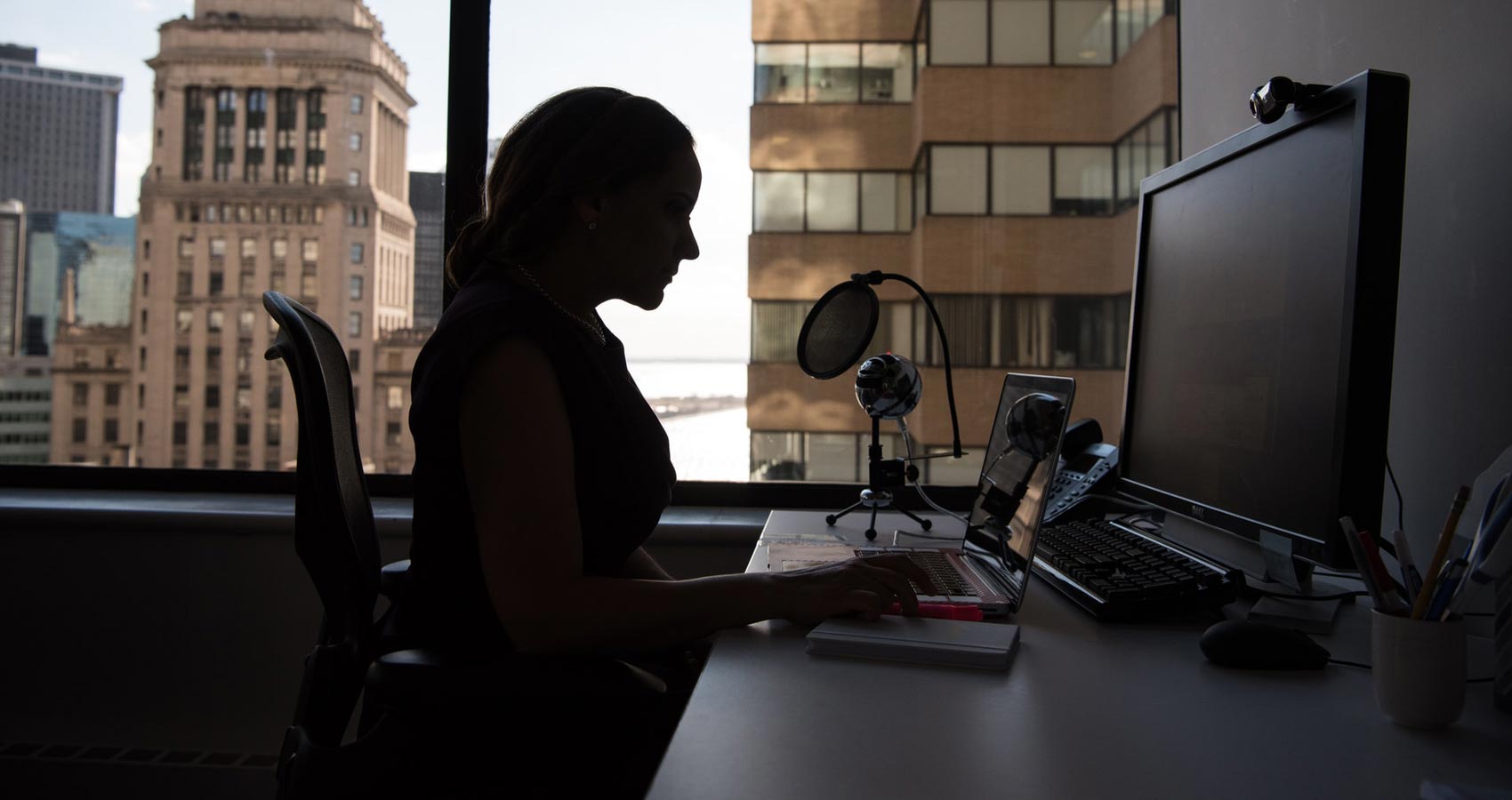 Beckee had her eye on the Bronstein Executive Office Chair. Had everything she required: high backed, soft leather cushioning, padded arms and (pure class this) gas-lifted adjustable height. What more do you need from a sedentary position? All in at one-hundred-and-fifty pounds retail. Beckee paused before keying the details; had to think a bit before sending the email to Harvey. Should she suggest they meet up for a drink to discuss the matter further? She didn’t want it to sound too informal. Didn’t want to come across as desperate for a shag. Not with Have-a-Go Harvey, her married boss… So, it would be something like… What d’ya think, Harvey, give me a call…? That’d be ambiguously upbeat. Although, in the cosmic scheme of things, he should be doing the running if he fancied – which he obvs did – a bit of this and a touch of the other. Beckee pouted with indecision, heard a harmony in her head, of a provenance she could not discern. Would be more Adele than Beyoncé anyway, with a bit of this and a touch of the other. Her face in her hands, she could have swivelled carelessly round and round, in ever widening…

An impatient knock at the office door brought Beckee back to life, back to reality; barely had time to turn her head, the door was flung open. Face like thunder, hands on hips, it was Dora Shipley, a pink towel wrapped tight around her head, like an ancient empress ready for war against existence itself.

The day had hardly started.

“Close the door would you please.” Beckee began, “I’m thinking of purchasing a new chair.”

“Plush leather, gas assisted something or other, it will transform the office, don’t you think?” Beckee beamed.

“What are you blithering about?”

“Are you expecting a visitor…?” Beckee stopped abruptly, and ever so slightly shrivelled in the chair.

“No one visits me these days. Not even my own daughters. Check your case notes, woman.”

“Well, the trouser suit, is…” Beckee began to recover.

“I’d rather you didn’t concern yourself with my attire.”

Beckee shifted her weight in the swivel chair, planted her booted feet firmly onto the floor, and tried to look comfortable as she looked Dora Shipley in the eye. She wasn’t without, well, wasn’t without admiration for this troublesome woman. But if push came to shove, Beckee would have to admit that she hated Dora. She wasn’t the only one. The better part of the staff quailed at the very thought of dealing with her. You needed the cool dexterity of a bomb disposal expert when confronting Dora’s darker moods, which were complex and intricately laced with all the bitter disappointment she had burdened, and broken, herself with.

“How may I help you, Dora?” She asked through her best genuine smile.

“Oh, Dora, not this again…” Beckee rolled her eyes. These curling tongs of Dora’s had taken on a near-mythic status. Bought cheap from Argos or wherever, it would take Jason and all his sodding Argonauts to find them now.

“Don’t not this again me.” Dora was beginning to fume. “My curling tongs, where are they?”

“Honestly, I don’t know.” Beckee took a breath. Dora didn’t have enough hair to comb never mind curl. She was as good as bald. In her hands, the electric curling tongs constituted a fire hazard, “Have you asked Denis?”

“I’ll pretend I didn’t hear that.”

“Pretend all you like. You pass the buck from one to the other you lot. You’re despicable. No wonder we’re all dying. You’re nothing but charlatans, charlatans, I say!”

Dora’s pale eyes moved from side to side, avoiding contact, as if to shield her true intentions. This dissociative behaviour was a danger sign. Eighty-three years of age this woman was still capable of causing considerable damage in a small, confined space. Like a feral cat caught in garden shed, Dora needed a firm and gentle hand to neutralize her.

“I give you my word, Dora, I promise to look for them.”

“When will you look for them?” Dora quietly asked.

It was so easy to forget that Dora was mentally ill. She would challenge and come at you with such veracity and resilience of spirit. Beckee tended to think it was more than her Christian faith that kept Dora going. (If only it could inculcate calm!). Somewhere in that poor sick mind she was able to draw from a well of strength that must have been entirely her own creation. And whatever it was, Beckee could seriously use some. She smiled, tenderly, half to herself, half towards Dora, not necessarily hoping for something in return. But Dora was already leaving the office. As usual, she failed to close the door behind her.

Glad there was no one else around to witness it, Beckee struggled out of the crappy swivel chair and, feeling oddly elated, closed the office door with a delicate flourish of hip and buttock. She reached across the wooden desk for a pad and pen and wrote a message to remind herself to ask Denis Macroom what he had done with Dora Shipley’s curling tongs.

A moment later she found herself in the middle of the small, cramped office, staring into infinite space.