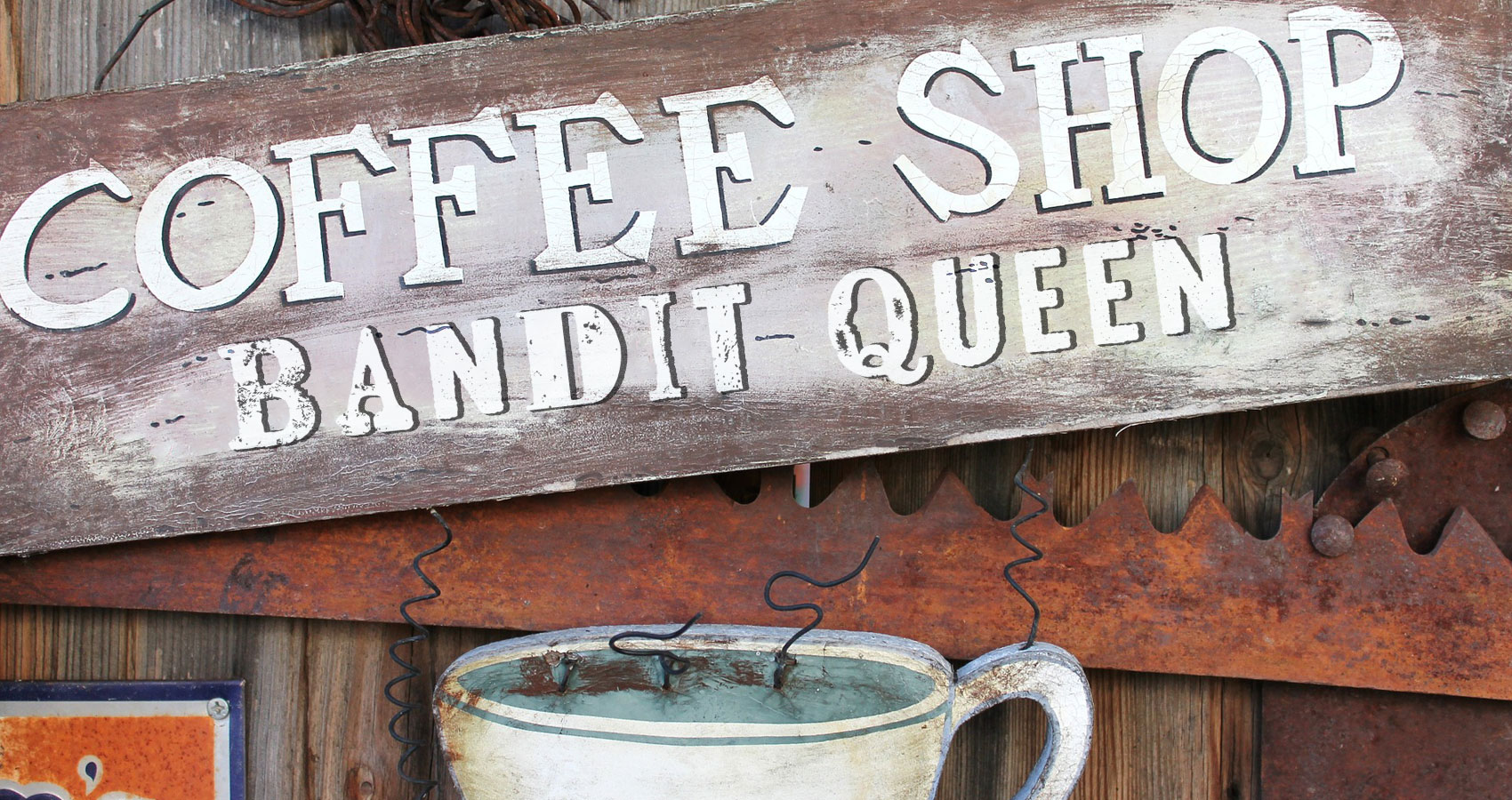 She sits in the coffee shop
talking to herself,
arguing about things
no one understands.

Past conflicts
have never been resolved
but linger in her head.

She drinks from an old coffee cup
tangled in superstition.
She sees her father
at the bottom, her mother
the cream at the top.

She thinks about the children
she once had.
The ones that came from her womb
while standing up.

Many see the woman as an outlaw,
a Ma Barker, a bandit queen
about to grab a gun,
start a fistfight,
pull the fire alarm.

Far from dangerous.
A long way from her home in North Carolina,
she knows she’s a desperado;
used to it by now.
She leaves with her old coffee cup;
unties her imaginary horse,
and rides.