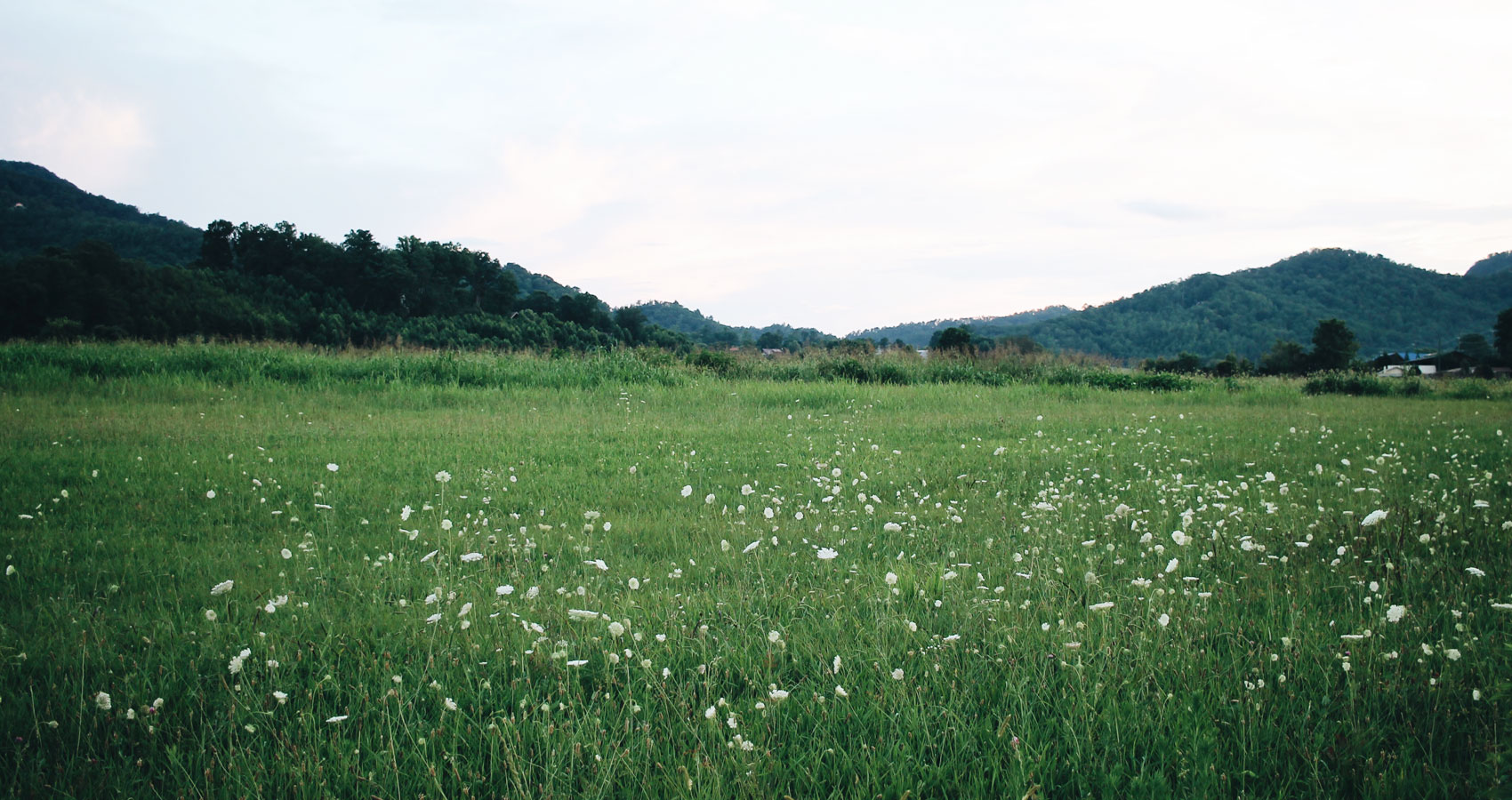 The ability to sleep in a cabin is a powerful strength. When I saw one bug, I started to see two more, then three. I was on vacation. They were all different, a grasshopper and a spider and something else I couldn’t name. On the quilt, as if the flowers were real and blooming. On the wooden panels of the ceiling fan, as if it were natural. I lay awake in bed, tucked under someone else’s guest sheets that smelled faintly of fresh linen and faintly of the wilderness. I sighed in the humid Tennessee summer, cramped in a room haunted by what would not hurt me, or at least, that’s what my parents said.
I thought of the walls as a crafted illusion, as if they could be pushed down if I thought about it hard enough. I tried and it didn’t work.
Keeping the lights on, I studied the things on the walls, as if the awareness of my proximity to what crawled around me would keep them away, but I didn’t believe this, not truly. I slept on the couch that night as if it were safer.
In the Smokies there are dozens of little dirt roads that lead to grass fields with grand mountainous backdrops, something that doesn’t exist in Florida. I wanted to keep this and take it with me, so I took a series of photos behind a closed general store and breakfast cafe, on the ignorant side of a wooden fence with a no trespassing sign. I liked the idea of rural towns high above the rest of the world. They felt exclusive and withdrawn from the disillusionment of life, though that probably isn’t true. The grass reached the height of my knees, and I went as far in as I could before I was stopped by a second fence, separated from me by a ditch I wasn’t passionate enough to cross. With the sun falling to my right, a gentle light shined over a red barn in just the right way and I clicked the button on my camera. Looking at the product I smiled, paying little attention to the bugs that crawled below me and over the rubber of my sneakers.
The foreignness of being enclosed, the construct of inside left me with the notion that I belonged there in that moment and nothing else, that this is my world and what sits beyond the barriers belongs to someone else. I thought about this as I scrolled through the photos on my DSLR, sitting on the edge of a bed that was someone else’s to lend out, worried about whether or not the spiders were watching right then, if they were watching in the grass, or if the only difference was my own abstract designation of what was mine, and what was that, perhaps, of a greater power. I brushed my teeth, washed my face, and grabbed my blanket so I could find the strength to sleep on the couch again.

Jessalyn Johnson is a writer from Central Florida currently living in Brooklyn, New York. She has a degree in English Literature and currently attends The New School’s MFA Creative Writing Program. Her work is featured in Maudlin House, Nightingale & Sparrow, and Soft Cartel, among others. Visit her at her website jessalynjohnson.