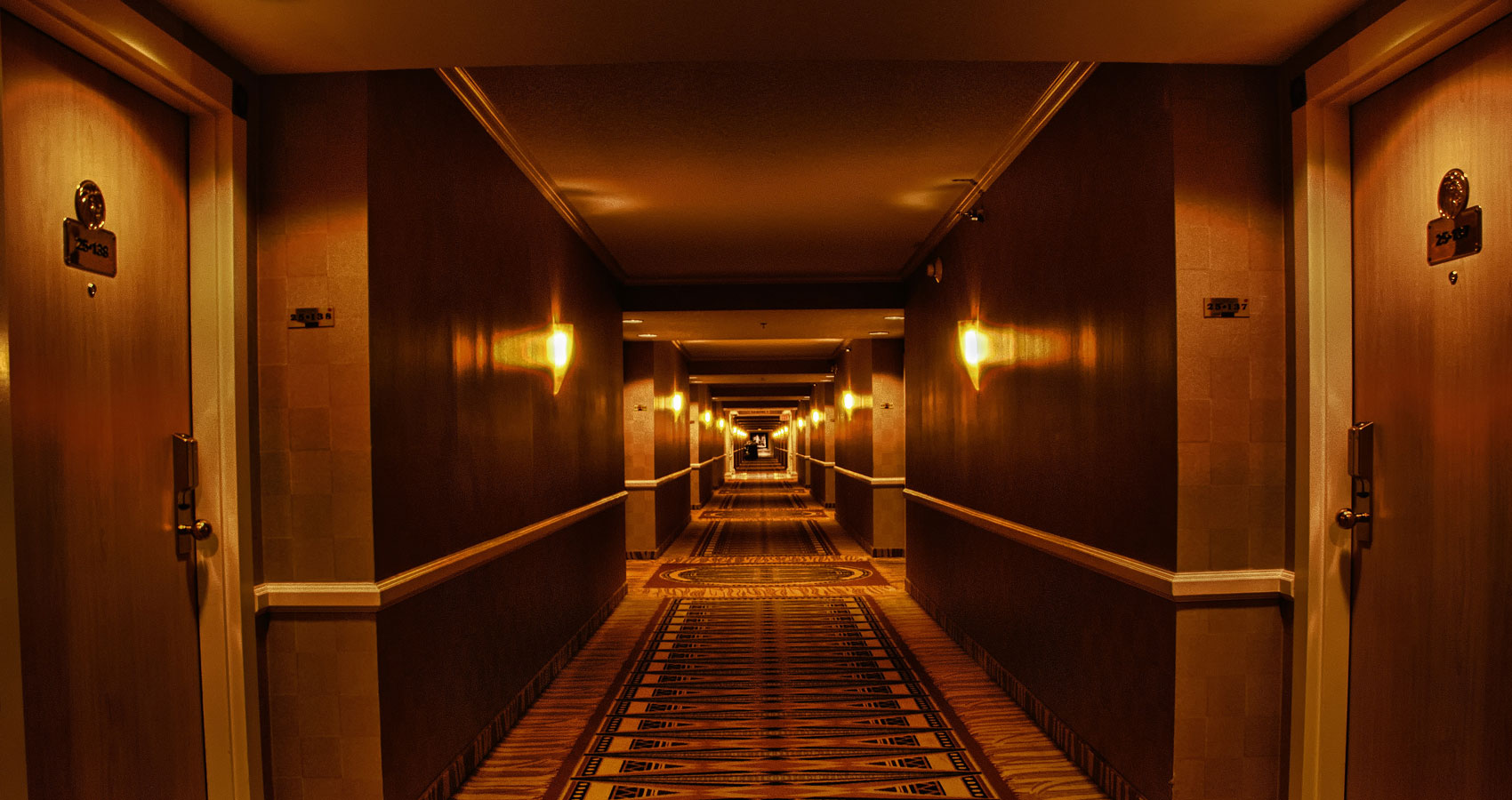 The hotel room smells like bleach,
room 9A, the woman inside
from the hotel staff
does her everyday cleaning. The mess inside
must be worse than most
other messes she deals with
as the nose stifling stench leaks through
into 9B. In 9B an older gentleman is trying to enjoy
a case of beer over the course of a weekend
away from his wife.
He rented the room hoping
for some peace and quiet, but a young couple
staying upstairs have no intentions of slowing down.
Bryan and Amanda, 26 and 23, just got married.
With no money for a proper honeymoon
they rented a room
for an extended weekend. Both of them have rashes
from the bed they’ve barely left since they arrived
late Thursday night. The hotel provided lotion doing little
to remedy either of them.

The scent of the bleach leaks into the hallway
creeps up the nostrils of a small child
passing by – Dylan.
The potent odor makes him dizzy
he tumbles to the floor beside his mother, Jess.
She’s carrying his sister in her right hand
a suitcase in the other and doesn’t notice
her 5-year-old son’s misfortune
until she arrives at room 9H and looks down.
She rolls her eyes and places the suitcase on the floor,
assuming Dylan’s being overly dramatic
again – he acts this way whenever Jess says
they’re visiting Grandma.

Dylan gets to his feet
shakes his head like a wet dog.
Erica, Dylan’s sister, begins to cry
as she too inhales the intense odor. The mother
grabs Dylan by the hand and drags him to the room,
which is fortunately at a safe distance.

Roberta, the maid, exists room 9A
without ever having noticed
how excitable the smell was. She smells it everyday
whenever bountiful messes are left by disgusting guests.
She moves onto the next room, only eight away
from switching to the other side of the hallway.