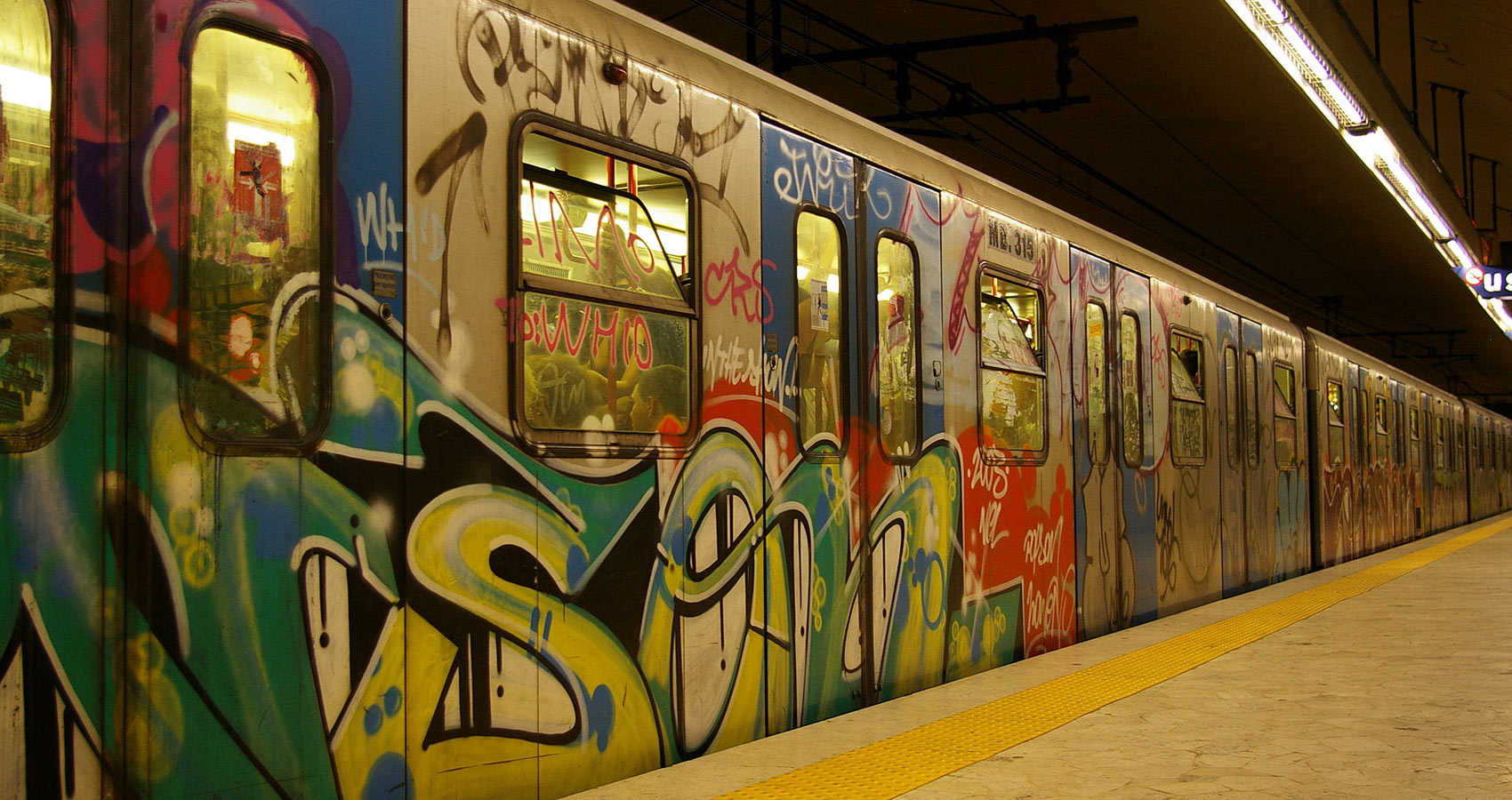 On work nights, I rode the 14th Street subway to the end at 8th Avenue, went upstairs and got the IND local uptown. On the platform one night a man approached me wearing a green Army fatigue jacket; he was a black man, probably in his late 30s.
‘Merry Christmas’, he said brightly.
‘Merry Christmas’, I said.
He handed me what looked like a business card. I looked at it: Las Vegas Club, with an address near 42nd St. When I turned it over there was a picture of a semi-nude woman dancing on stage.
‘You should check it out sometime’, he said, ‘lots of girls’. He continued on his way and I put the card in my wallet.

It was the late 70s and NY was a terrifying place; violent crime was in the papers daily; graffiti plastered the trains and the stations, and the city had largely given up trying to control it; street gangs roamed the streets in poorer neighborhoods. Yet in all the late nights and 6AM mornings that I had to take the subway to and from work, no one ever accosted nor threatened me. And it was after the New Year, a frozen January night, when I saw the man again. It was cold, just to stand there in the empty station, waiting for a train. I expected him to spot me and come over and say ‘Happy New Year’ and hand me another card, but he never noticed and just continued on down the platform.

In those days I had a studio apartment. It wasn’t a great neighborhood but it wasn’t too terrible either, as long as you didn’t venture too far into what they called Alphabet City: Avenues A, B, C, etc. I had about 400 sq. feet of space, a small kitchenette and a bathroom with a shower only (no tub). It was a pre-War building with steam heat and I would sleep on a futon next to the radiator, grateful for the warmth. I had a subscription to New York magazine and that’s how I gauged the pulse of the city. Plus the daily papers. I was just happy with what I had in those days.

So it was one evening when I negotiated the transfer between trains. On the mezzanine level above where the old BMT and IND lines met was a newsstand and a Nedick’s. I bought a pack of cigarettes. At the Nedick’s I was getting coffee. The weather had been freezing for weeks now. As I was waiting, the man came by in his thin Army jacket. I stopped him. He looked back at me.
‘Hey man’, I said, ‘you want a cup of coffee’. He nodded.
‘What else can I have’, he asked.
‘What else you want’, I said.
‘How about a hot dog’.
‘Give him a hot dog’, I told the guy behind the counter.
‘What else?’ he said.
I looked at him.
He pointed to a Rally bar. I told him to pick it up. I had a 20 in my wallet so I paid with that.
‘You rich’, he told me.
‘Nah’, I said, ‘I’m not rich. I just have a job’.
He put the candy bar in his jacket pocket. He picked up his hot dog and his styrofoam cup of coffee.
‘Thank you’, he said. ‘People are generally not very nice’, he said.

We rode uptown together. Years ago he had been drafted. Served in Vietnam, did a stretch at Rikers. Now lived with his mother in Harlem; on her social security check, Medicare, and food stamps. He did odd jobs here and there. Hustled around Times Square, panhandled near Wall St.
‘How old are you?’ he asked me.
‘I’ll be 21 this Spring,’ I told him. He laughed.
‘See? Now, white people got jobs, black folk, we just suffer along’. I didn’t know what to say.
‘I gotta get off here’, I told him.
The train approached 77th Street. I pulled the pack of Marlboros out of my pocket; ‘here, take a few of these,’ I said. He did. I was standing near the doors as the train pulled in.
‘You different’, he called out to me, ‘you different; be careful up there’. I nodded to him and got off the train.

Weeks went by and I did not see him for a while. The last time was near the Nedick’s again, in the subway. He was in the custody of a police officer.
‘No, Sir; no’, he was saying, ‘I am poor and black, but I am honest’.
‘Look’, the cop said, ‘I caught you with my own eyes going under the turnstile. You didn’t pay your fare’.
‘Yes I did’, the man said, ‘I bought a token. I paid’.
I walked over to them. ‘What’, I said, ‘is the problem’. I asked the cop. He was a typical New York cop. Tall, beefy. Black leather jacket with a badge and a rack of colorful service ribbons. Visored hat. He looked back at me.
‘What’s it to you’, the cop said.
‘I know this man’, I told him, ‘we served in the Army’.
‘Kid’, he said, ‘get the fuck out of here. This guy’s 50 years old. He didn’t pay his fare’.
‘Will thirty-five cents for a token solve the issue’, I said.
‘The fare’s fifty cents’, the cop snapped. He escorted the man away by the elbow, in handcuffs. I never saw him again.
To this day I keep a cardboard box filled with stuff from my youth. For some reason, as I went thru it last week, I discovered that I still have the card the man once handed me, lo these many years: Las Vegas Club.