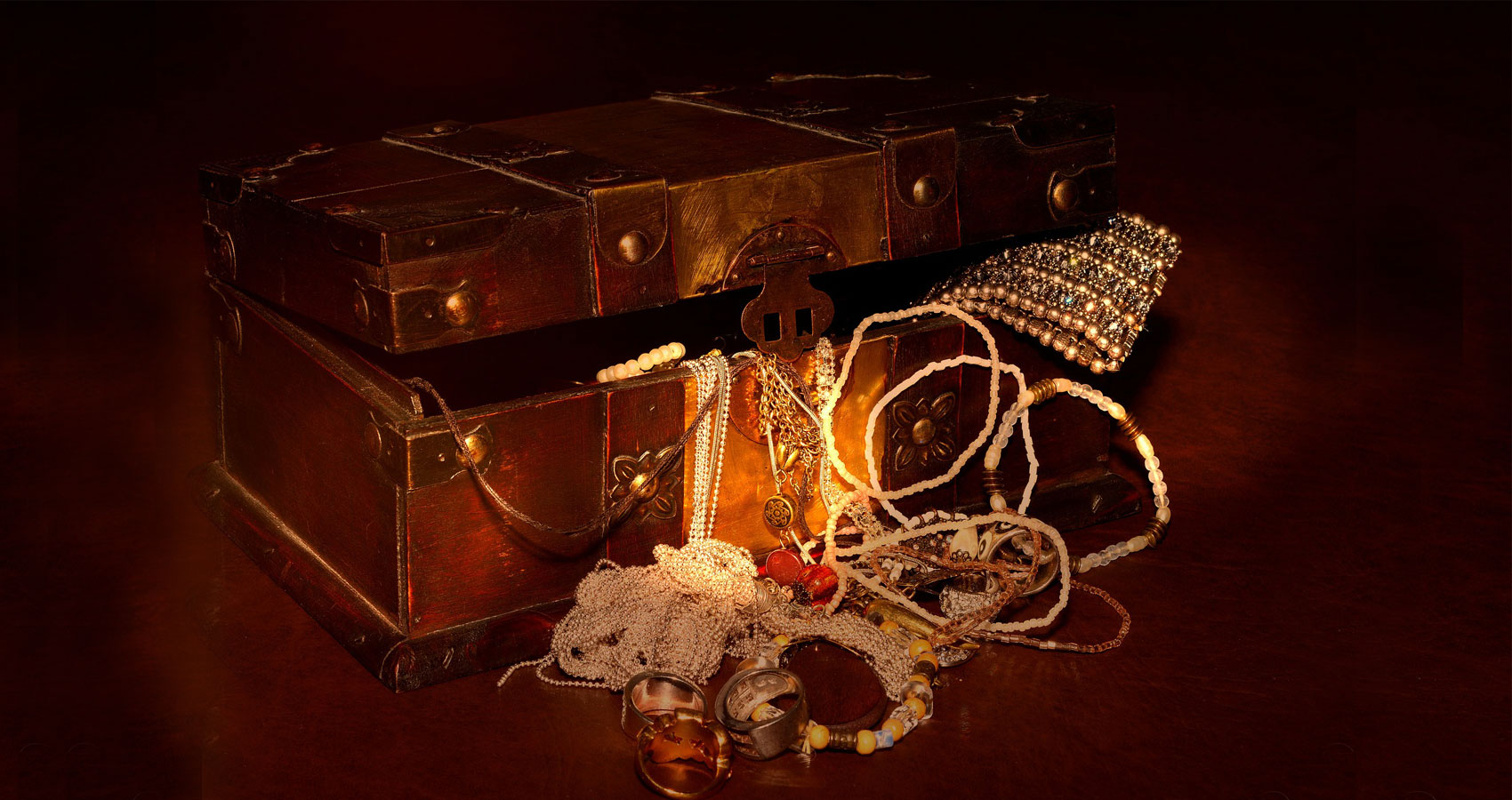 Cold Clap In The Dark

Cold Clap In The Dark

skeletal bones in the hidden residue
to escape with its fashionable decorum
hidden inside there is a map
a scroll to tell us where is the buried treasure
turn right on interpass twelve
quick left passed the brook
under an oak tree with a chain attached is the buried treasure
one must endure the crazed wild dogs that desert the area
we reached our destination and began to dig
just a little bit further & we would find
a box with the latch kept open
to my surprise I realized it was filled with jewels or vast rich taste
for I hurried to leave when
a cold clap in the dark would light the inner spark of what it was I have been waiting for
there was a stranger that drew nearer stating, “I will tell you your future.”
left to my own devices I made a choice to speak with this strange fellow
Stating further, “Tonight as you sleep on your pillow angels will deliver your jewels to God.”
for I couldn’t believe what I was hearing but kept starring
then the stranger held my hand with the tender hope that I would understand
through the duration of time I suddenly created a rhyme
a challenge to be free is a question of time.
Then the figure vanished out of mid air I proceeded to take the jewels with me.
Night fell & I began to fall into a deep sleep
there in a dream the angel stated, “You will sew what you reap.”
yet they said not to fear to continue to keep the jewels without any tear.
In the morning I would arise then proceed to cash in my investment with a vendor
later to surrender to the fact that they were in the millions of dollars
all my dreams have come true but have I bitten far more then I could ever chew
I wondered what to do but then I realized what the angel in my dream had said
suddenly I became the richest man in the land hopefully someday all will understand?