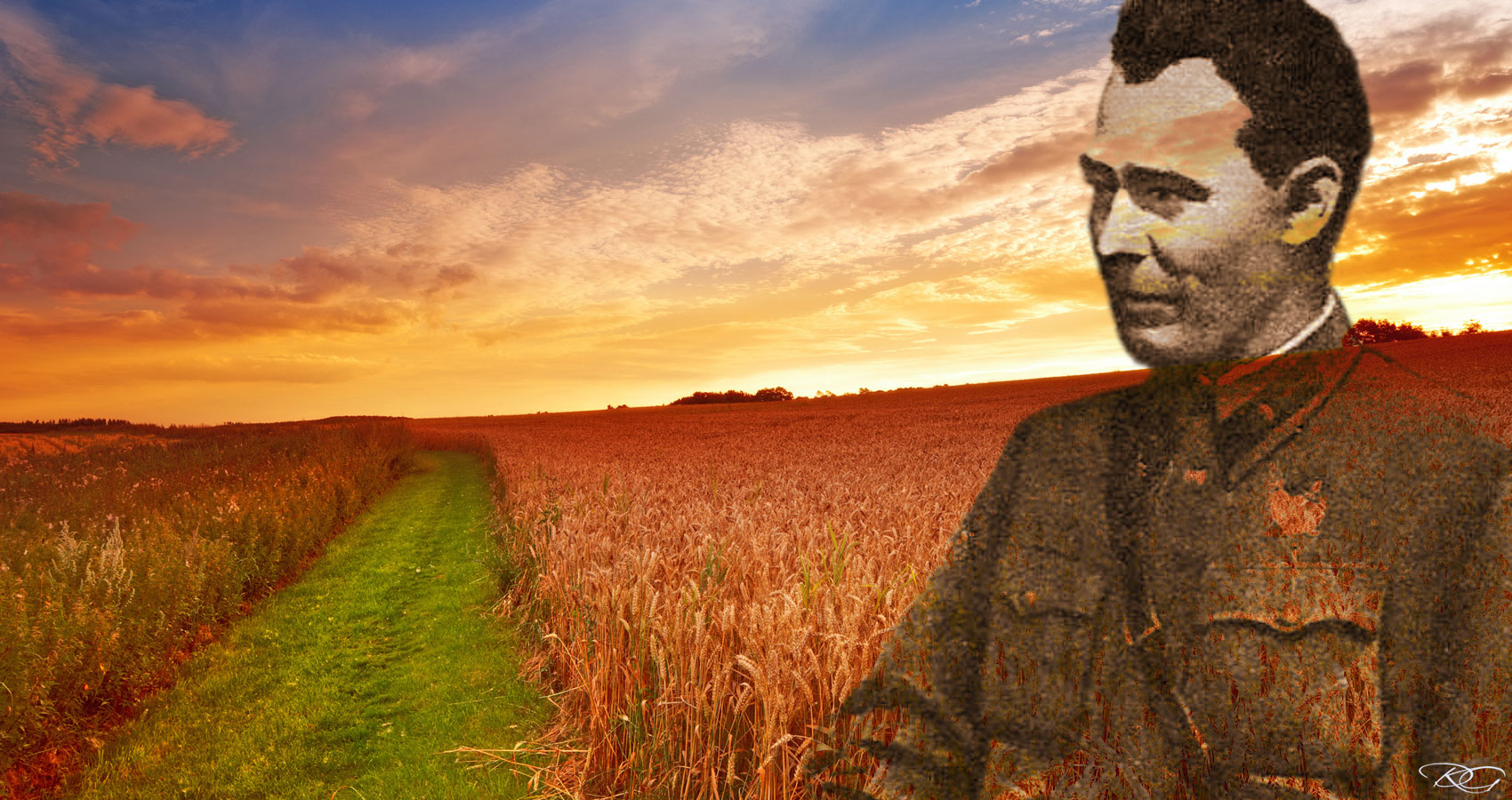 In the little town of Netrizovo, in a 3 room dacha lived Comrade Commissar Pietrov. It was his duty today, as it had been every Tuesday since joining the Party, that he patrols the rabochiye polya and make sure all was well and all the happy children of Comrade Stalin were working to their hearts’ content.

Comrade Commissar Pietrov was a rather handsome fellow if you asked his babushka, and he had a pleasant if not stern look about him, as all good Comrade Commissars should. He stepped out into the crisp morning air taking a deep draught of the smell of fresh cut hay. Adjusted his hat at the angle that he thought made him look best and important and turning towards the rabochiye polya to begin his patrol.

He greeted the People’s Workers with a tight smile and a short nod as he walked down the lane, and as he walked he noticed up ahead that a group of workers had gathered by the side of the lane.

“What is the meaning of this laziness? Why are you not in the field working?”

Although Comrade Commissar Pietrov had not approached in a stealthy manner the workers turned at the sound of his voice and seemed startled to find him standing there. One of the workers swallowed hard and in a timid voice spoke, “If you please Comrade Commissar, there is a row of carrots planted in this field.”

“P-please Comrade Commissar we do not know.” stammered another worker.

Pietrov could see that the workers were visibly shaken and he being stern but not a cruel man had a moment of inspiration.

“I will get straight to the bottom of this!”, and with that said jumped straight down into the field and in a very official manner had plucked the first 10 carrots out of the ground.

“Bring me 10 of those wooden 20-centimeter stakes now!”

After a short time the worker returned with the stakes and Comrade Commissar Pietrov said, “Good, now tie each of these criminal carrots to the stakes.”

The workers did as they were told and in no time at all 10 carrots were tightly tied and staked into the ground in front of the Comrade Commissar.

Pietrov walked back and forth in front of the staked out little line of carrots with his hands clasped tightly behind his back. “Now!” exclaimed the Comrade Commissar so abruptly and raising a pointed finger to the sky so suddenly that the workers were startled. “Now we shall get to the business of this morning’s lawlessness!”

Comrade Commissar Pietrov stopped in front of the first staked carrot. “You there! What have you to say about this rebelliousness?” The carrot not being the most sentient of vegetables said not a word. “Nothing eh?”

Pietrov jumped to the second carrot in the line pointing at it with his arm straight as a rifle with his finger as a bayonet. “You! You will tell me the meaning of this sedition!”

The second carrot being much less sentient than the first appeared even more guilty to the workers who were sure that it indeed was. “So you’re not talking either, eh?”

The 10 carrots seemed very unperturbed that they were enduring the worst interrogation ever to be seen by the Workers Party of the little town of Netrizovo. “Now we shall have to try more extreme measures.”

Comrade Commissar Pietrov then removed a small pistol that he had been given three years ago when he joined the Party. In fact, he had never fired that pistol once in those three years.

The 10 carrots, being not the smartest of vegetables looked as though they did not care that their lives now hung in the balance unless they were to come clean of their crimes.

“One!” shouted Comrade Commissar Pietrov. The workers’ eyes widened and some were starting to shake because they had never seen such a thing.

“Two!” shouted Comrade Commissar Pietrov. Several workers had now covered their mouths and some were trying to hide behind the others gathered there.

“Three!” There was a small popping sound like that of a cork releasing from a bottle of vodka and several of the women workers screamed. One fainted flat on her face. Several men held their ears and everyone assembled by the side of the lane on the edge of the potato field jumped, except 9 carrots and Comrade Commissar Pietrov.

“Now let this be a lesson to you that we will tolerate no carrots in Comrade Stalin’s potato field. Is this understood?” The carrots did not answer Comrade Commissar Pietrov, but as he turned his head ever so slightly toward the gathered workers they all shook their heads, yes and a few mumbled “Understood.” in shaky voices.

“Good. Then we will have no further problems. I bid you all good day” and with a light step Comrade Commissar Pietrov continued down the lane, even starting to hum a bit of a song he had recently heard, leaving behind him nine relieved, seemingly innocent carrots and the most stunned group of The Workers Party that ever was.

The day came and went as the days always do in that part of the world and upon the morrow, Comrade Commissar Pietrov stepped out into the crisp morning air, adjusted his hat at the angle that he thought made him look best and important and turning towards the rabochiye polya began his patrol.

Upon reaching the sight of the previous day’s delightful distraction Comrade Commissar Pietrov noticed two things. The worker’s production was up noticeably from the day before and there was not a carrot in sight to be seen.

Comrade Commissar smiled his little tight-lipped smile, hummed a bright tune to himself and continued down the lane.