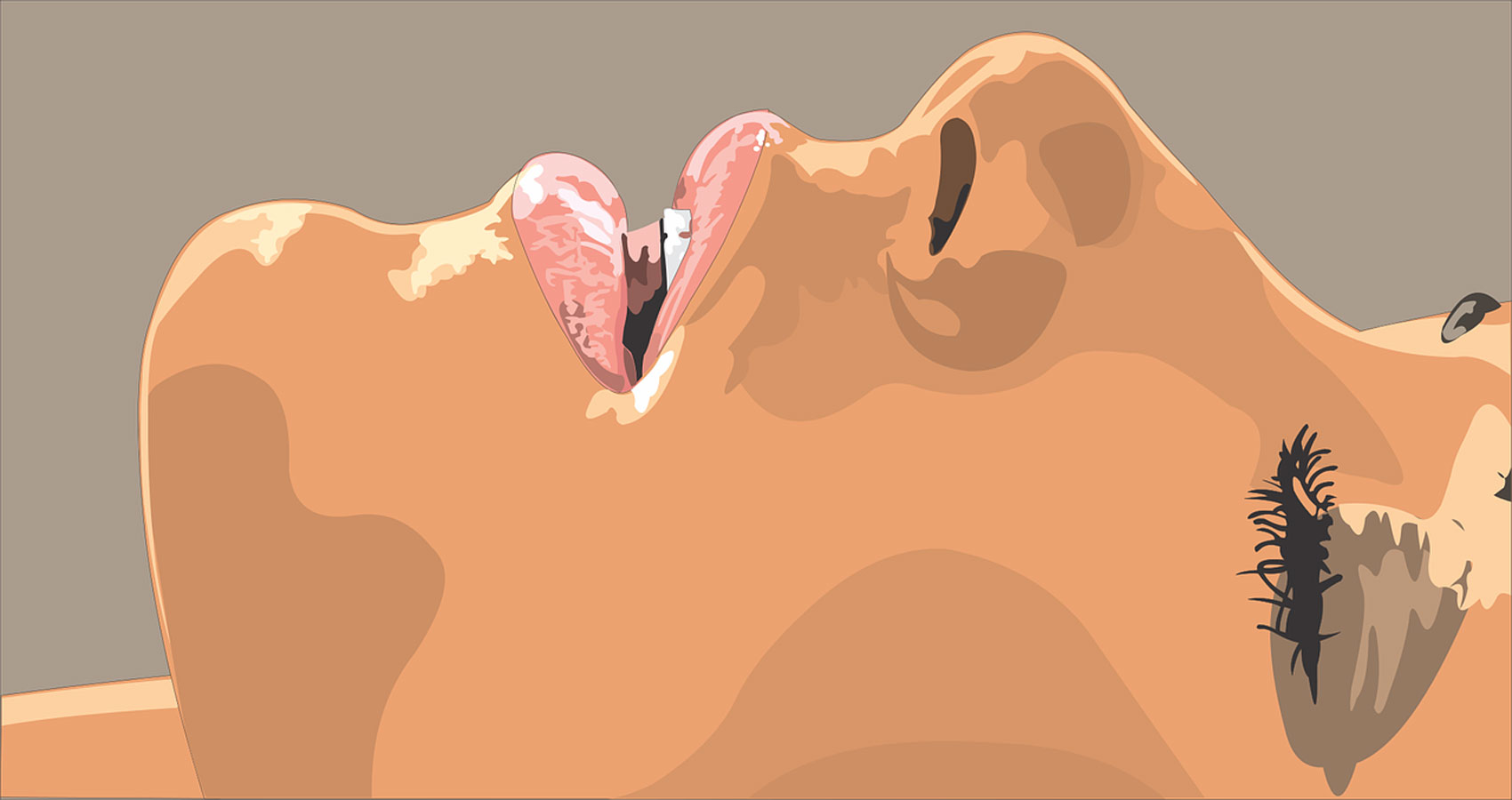 Seated at the candle-lit dinner table my
aural senses distracted by musicians neglect
the biographic monologue of the diner before me.
Feet impulsively impose their rhythmic behaviour

along my spine, flowing through veins and nerves
altering heart rate unable to make-believe interest
in words unheard any longer, finely tuning to meld
when my head ineluctably yields to sway inviting,

the rest of my body and him to follow. ‘Stand up!’
I interrupt rolling shoulders beamingly gazing
into his eyes, eager to be swung, swirling hips
outpouring sensuality, his and mine getting closer

into his arms with a final Do.