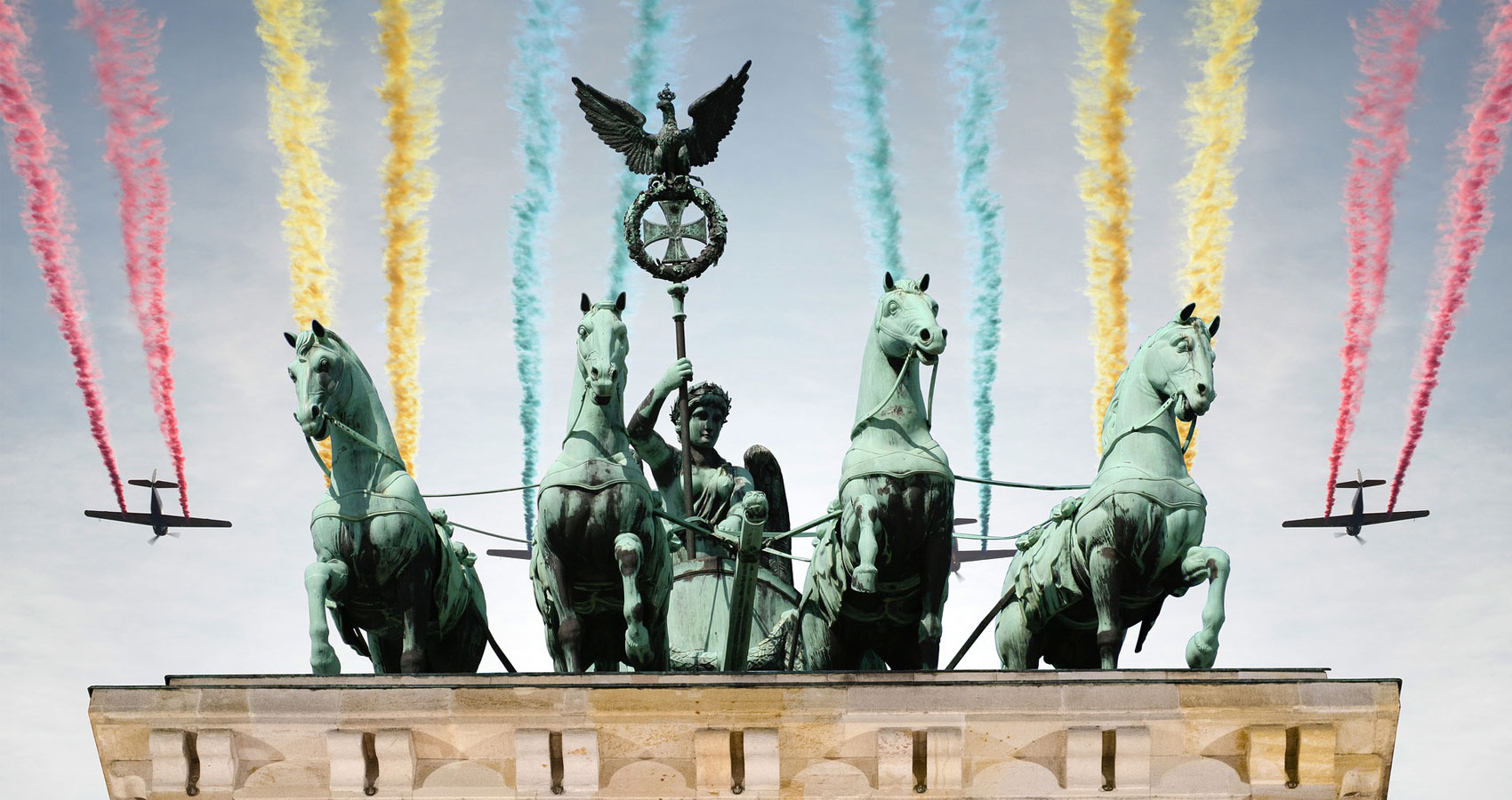 Small piece of graffiti on poitsdammer platze
Checkpoint Charlie ain’t now all that
A GI, a Russian on their separate sides
Forever a reminder of the divide
A presence there but just for show
Only presents to buy with the tourist euro

This publication is part 3 of 3 in the series East