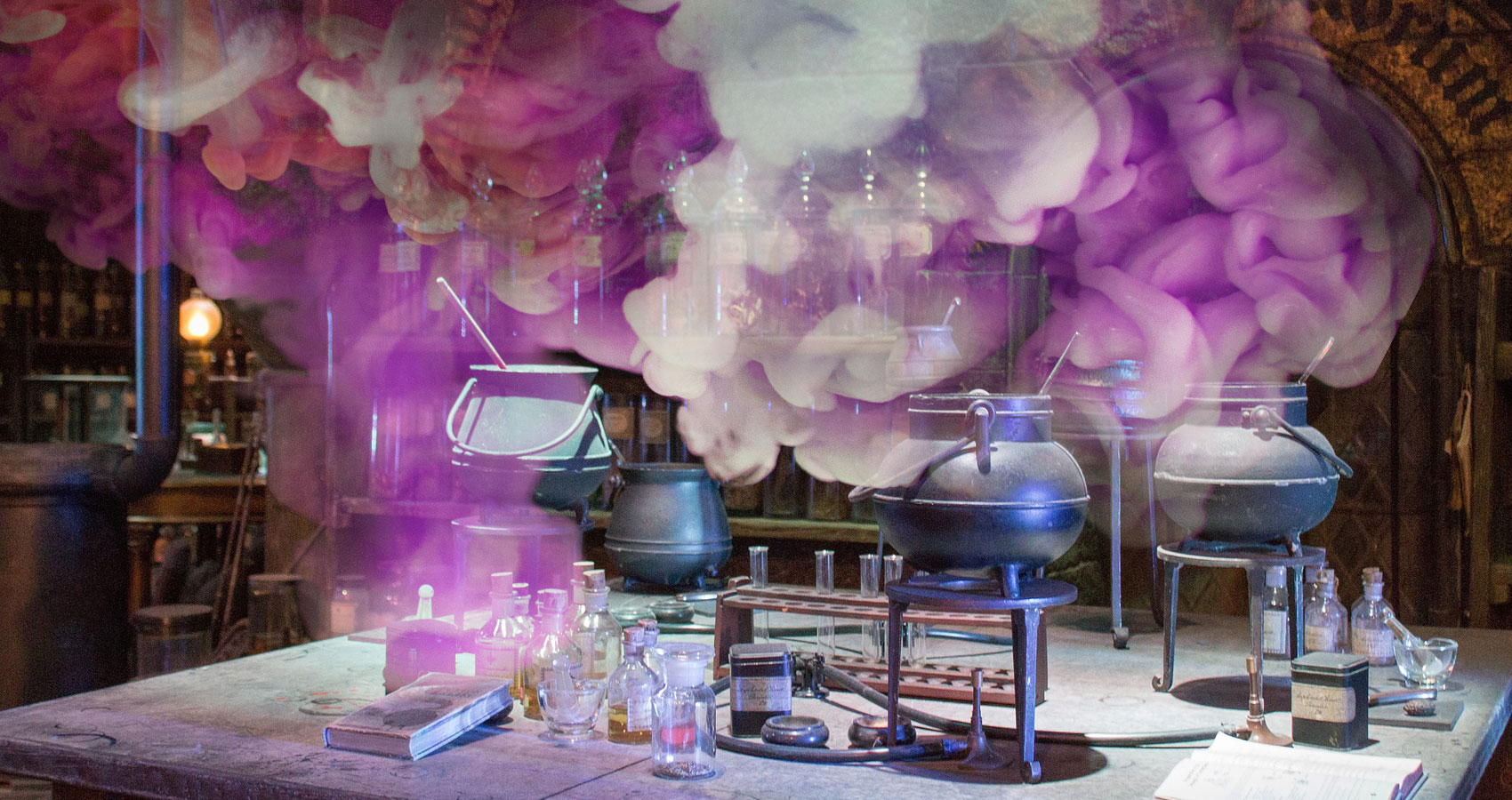 “Can we go shopping for two more dresses? I’ll need at least two outfit changes during the dance.”

Stomping her way up and down the Grand Hallway, Zizadore makes the most of her abilities as the broom is taped to her body acting as her second leg and two dusters are attached to Zolly’s body so he hops then flies briefly dusting the furniture, then falling with a crash.
Zibbles has the wooden handle of the third duster attached to his tail and is busy chasing the zunnies, capturing them and laying them in Zizadore’s dustpan.
Zizadore watches and smiles, using sign language as she speaks–
“Sit. Stay, zunnies.”
Of course, as soon as Zizadore turns, the zunnies escape a vicious cycle.
Zizadore manages a kind of dance as she works.

“I wish I had wings. I’d fly the heck out of here,” said Zolly.
“I wish I could see. I’d find the door and run the heck out of here,” said Zibbles.
“I wish I had a new leg so I could dance again… Zizadore said. “Why do we only appreciate what we had when it’s gone… The simple things.”
“My kingdom for a biscuit!” Zibbles said as he rumbled with the grumbling in his stomach.
“We still have each other,” Zolly said, wondering suddenly if his family would be taken from him as well soon.

Zizadore nodded, watching her former life through the window as Damiana and all the other children were walking and running, going to school as the distant school bell rang.
She can’t help but dance and sing her wishes into the wild wind:

WHAT WOULD I DO?
SO MUCH MORE
WHEN I START TO SPUTTER
OR EVEN UTTER
A SINGLE WORD
I SHUDDER THE WAY IT WILL
BE HEARD
AND WHAT IF I HAD A CHANCE
TO REALLY DANCE
JUST LIKE I USED TO

Zizadore starts sweeping and her singing lulls the zunnies into the dustpan to sleep.
Zizadore lifts the dustpan of zunnies and places them gently into their bunkbeds underneath the furniture, which levitates above the floor, hidden from Demonia.

“Time for the Black Glove inspection.”
Demonia touches the surface of all the furniture. Zizadore’s stomach is somersaulting with hunger.
“May I have some porridge now?” asked Zizadore, having completed her chore to perfection.
Demonia searches desperately until she finds one sparkling speck. She cackles with joy. Demonia sticks her black gloved finger in Zizadore’s face.
“DUST! No porridge for you! Go cook my lunch of lizardbethan roast and you better not burn it this time.”
“Can I go to school tomorrow?” Zizadore asked.
“You incompetent orphan. If your parents hadn’t been killed in that
chariot crash, I wouldn’t be burdened with your impossible demands. You
don’t need school. Get used to a life of work, work, work.”
“Yes, Queen Demonia.”

The rest of the day was a blur of work and hunger, Zizadore’s heart became buried in a sorrow dreading every tomorrow.
As Zizadore is sleeping, there is no rest either, her body lashing about, she relives the nightmare of the chariot crash.
As Zack is swerving to avoid the boulder, Zack slams on the brakes, which fail, sparks of lightning flying up.
“The brakes! The brakes!” screams Zizadore from her worst dream jolted back into the darkness of her reality.
Zizadore sits up, terrified as she reaches for Zibbles and Zolly and hugs them.
The zunnies form a blanket and wrap around her.
“Thank you, I’m alright now.”
Zibbles jumps into her arms, demanding to be heard.
“Evil cut the brakes. I saw. I need my eyes. Demon–”
Zibbles demonstrates, slinking toward the wheelchair, carrying scissors, and pretends to cut the wire to the brakes.
“You saw that?” Zizadore asked in disbelief, but then the more she thought about it, the more absolute sense it made.
“Demon cut the brakes. I need my eyes. I saw!”
Zibbles rubs his sockets.
“Don’t rub your eyes, Zibbles.”
“I knew she was evil, but that’s uber-evil,” said Zolly.
Zizadore gets up, hearing music coming from the walls. They all put their ears to the wall.
“Classical music, my favorite,” said Zolly chirping along.
“It’s Tchaikovsky’s ‘Swan Lake’. I was going to dance my first royal recital to this before–” Zizadore sobs.
The rumbling of Zibbles’ stomach is louder than the music.
“Are there biscuits, or wunderbeast sandwiches or treats of any kind?” asked Zibbles. “I’m so hungry I could die.”
“Me too,” Zolly said.
“Me three,” Zizadore added. “We are being starved to death.”
Zizadore presses her hands along the wall, as the magic stones light up.
Zizadore frantically presses a code that she hopes will work.
“10-31-13–”
The door suddenly opens.
Zizadore, Zolly, Zibbles and the zunnies all enter her father’s secret laboratory.
Tables are still filled with half-finished inventions, covered in a layer of dust and cobwebs.
Zizadore follows the music to a glowing phonograph next to the computer and printer.
The computer boots up with an explosion of lights and the screen is a mirror image of a dance floor with her in it.
“What can this do?” Zizadore wondered.
The printer light begins blinking.
“Press the button. Press the button,” said Zolly.
Zizadore hesitates, and before she can stop Zibbles, he jumps up and presses the button with his nose.
The printer pours out purple smoke and Zelda appears.
“Zizadore, my love. I’m so sorry I had to leave you.”
“Mommy! Get me out of here. Take me with you.”
“No, my love, you have all the abilities you need to go wherever you want and do whatever you want. You have so much to accomplish on this side of The Great Veil. Your father left you all his inventions. You must create your own destiny now.”
“How can I do that?” asked Zizadore.
“Just a little imagination and a big heart. That’s all the magic you need-”
Zelda begins to fade into the light.
“Wait, did Demonia have you killed?”
Zelda mouths something Zizadore can’t hear then suddenly vaporizes and vanishes into the air.
But wait, Mommy! Don’t leave me again!!
She’s very, very, gone, said Zolly.
Zibbles runs around sniffing for food.
She didn’t even leave us any biscuits, snacks or treats of any kind.
Zizadore sits down at the computer and starts typing.
What should we try to make first?
Biscuits.
Zolly wants a cracker. But we’re all starving. Biscuits and sunflower seeds – try that.
Zizadore touches the keyboard.
A prompt with purple calligraphy reads –
What can I make for you?
Zizadore types – biscuits and sunflower seeds.
An explosion of colors then smoke.
Noises and sparks are coming from the seemingly archaic printer. After a moment, biscuits and sunflower seeds shoot from the printer, filling the room.
“Oh my goodness,” said Zizadore.
They all grab biscuits and sunflower seeds and start eating.
“Delicious!” said Zibbles.
“These are the sunniest sunflower seeds I’ve ever tasted,” said Zolly.
Zizadore hops back to the computer and looks at the screen.
“I wonder what else we can do…”
As Zizadore touches the keys, the screen goes black.
“Is it broken?” asked Zolly.
“Make it print a roasted chickenbeefcakepizza. Extra large,” said Zibbles optimistically.
Zizadore presses the keys. Nothing.
“It’s not working anymore.”
She looks under the desk and sees the cords aren’t plugged into the electrical sockets.
She quickly plugs the cords in then jumps back in front of the computer.
As she pounds the keys. Blackness.
“Maybe just a one-time thing. We better go back to my room. It’s almost morning,” said Zizadore.
“Let’s take our loot with us,” said Zolly.
“At least we won’t be hungry anymore,” added Zibbles gathering some biscuits.
The zunnies unite to form a blanket and they all gather the sunflower seeds and biscuits and haul them back into Zizadore’s room.
The following morning, in the kitchen, Zizadore is making omelets for Damiana and Demonia, staring mindlessly at the walls.
Demonia and Damiana are sitting at the table, waiting impatiently for their breakfast.
“Hurry up!” said Damiana. “I’m nearly fainting from hunger.”
Demonia picks up the Kingdom Gazette newspaper, reading:
“Villagers Starve While Queen Increases Taxes To Historical Rates.”
Demonia throws down the newspaper.
“Let them eat biscuits!” Demonia snorted
Zizadore reacts, remembering her mother’s words, which she starts singing in defiance.

“What time is it?” asked Zizadore, confused.
“Time is relative– but in your world, you better skedaddle– don’t want to
be late for your first day back.”
Zack’s face fades and the computer screen goes black.
Zizadore looks at the SmartChariot.
“How do we get this out of here?” Zizadore looked toward the door to the storage room.
In the kitchen, Demonia handed Damiana some leftovers in a bag.
“That’s all I could find. I’ll have to hire a cook and a maid now.
Their salaries will be taken out of your royal allowance.”
“Mine?!” asked Damiana. “That’s not fair.”
“Get used to it. Where is that dreadful cousin of yours?”
“Maybe she fell down a well so we can have this castle all to ourselves–”
The sound of horse hooves in the front of the castle.
“Your royal carriage is here. Have a wunderbeastly day.”
Damiana runs out the door while Demonia follows.
In the driveway, Damiana steps into the horse-drawn carriage, while Demonia stands on the front steps-

At the side of the castle, the SmartChariot is moving slowly from the sidewalk and rolling down the street toward the school, led by Zibbles, Zolly perched on his back.
“Now stay to your right,” instructed Zolly. “Your other right!”
Zizadore waves to Damiana’s chariot.
“What the heck is that?” asked Damiana.
“A ‘SmartChariot’… See you in homeroom.”
Damiana laughs at how slow the SmartChariot going, but the SmartChariot is impressive and Zizadore smiles at her new mode of transportation. But after a few moments-

“It just doesn’t seem that magical.”
On a nearby tree, Zack’s face appears.
“I thought you would want to take the scenic route. Enjoy the simple things…”
He vanishes.

This publication is part 4 of 13 in the series Zizadore