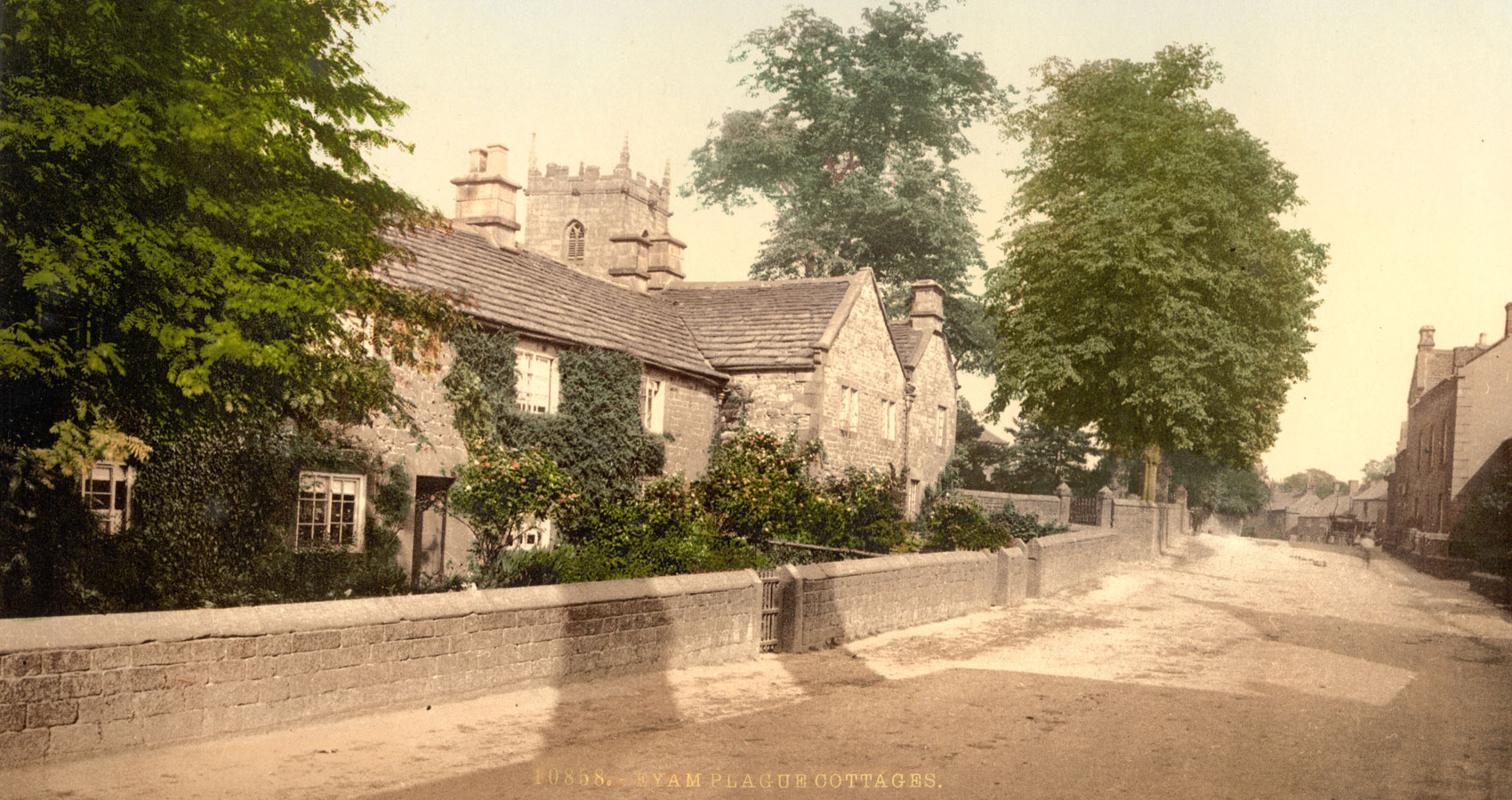 (the Original Case for Social Distancing)

Reverend Mompesson is right.
It is easy to blame George Vicars,
for ordering the blighted bolt of fabric.
A silent curse on his freshly-filled grave.

Hands shovel, sweat, and blister—
Alone, I cover my sixth child of seven
this week behind a low, stone wall.
Husband no longer of Earthly use.

In death, as in life, he lead the way.
The first laid to rest
along modest memorial row
near Riley House Farm.

“Spare your fellow man!
Keep cloistered, dear Eyam,
this pestilence too, shall pass.
We will meet our neighbours again

on the other side.”
I spit on the tailor’s grave
daily at the designated hour
for pick-ups and drop-offs

“Children! Bury your own
during these bubonic times,”
the new reverend pleads
during Cucklett Delf open-air worship.

“Do unto others…” the rector begs.
No one objects
isolationist orders from a man
who just entombed his wife.