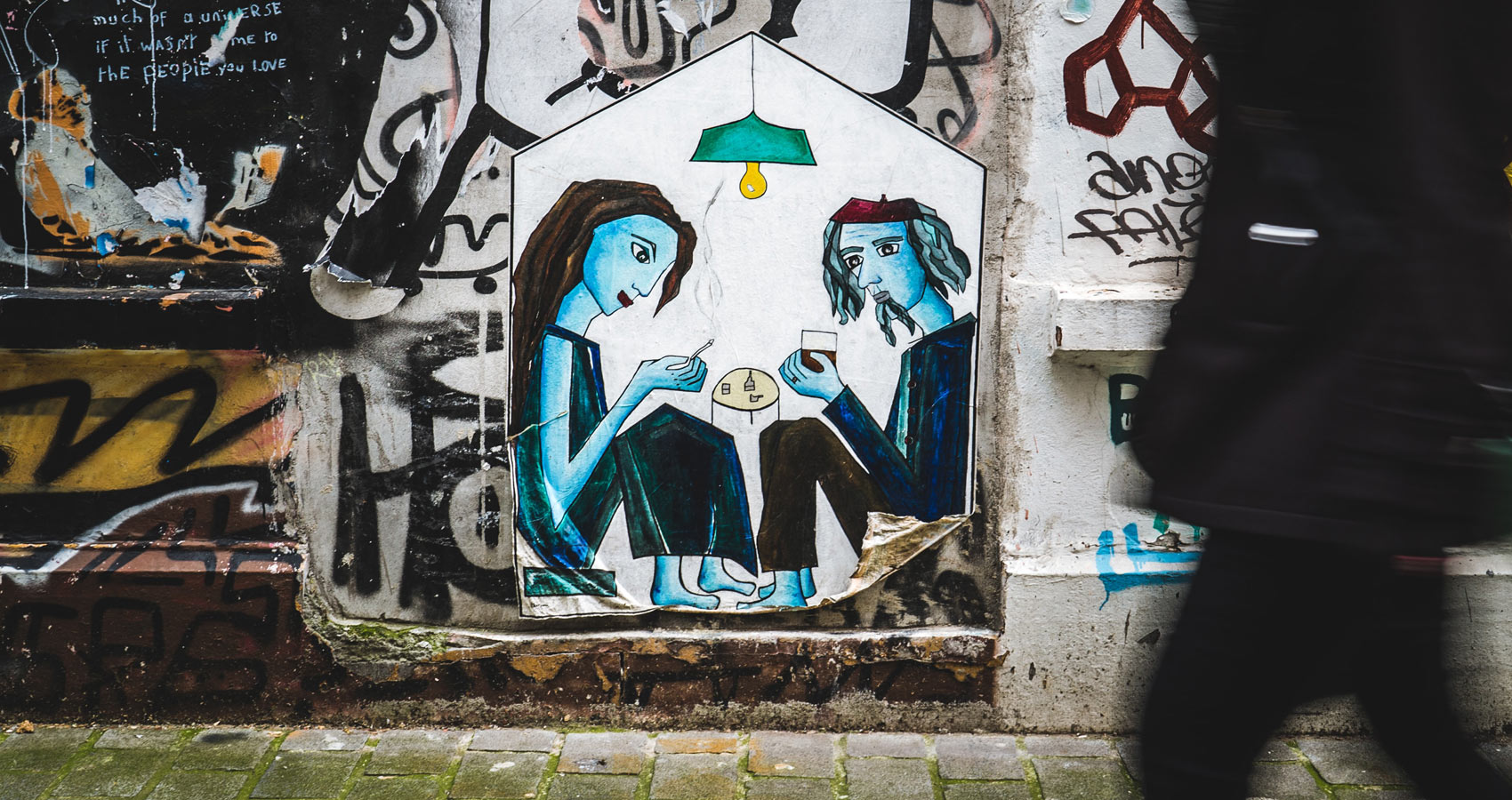 A Stir-fried Shakespearean Crown of Sonnets

written by: Jordan Trethewey and MFWilkie

To go, or not to go, and deal with tensions?
I’d rather live with cheese and garlic in a windmill…1
than suffer lunch with his stylized ego.
Unquiet meals make ill digestions.2

She won’t travel with me to the city!
My bravado must deter her fair sex.
For what care I who calls me well or ill?3
If [she] canst love me for this, [then she should] take me.4

…[T]hat surfeiting, The appetite may sicken,
and so die.5 Making it momentany as a sound,
swift as a shadow, short as any dream,6
Love sought is good,7 worn down it’s seldom given.

Devotion too often rebuked with scorn
leaves me standing, with pride in hand, forlorn.

[A]nd all for [him], long have I been forlorn,8
(And whom she finds forlorn she doth lament.)9
I’ll bypass lunch then take a drive, decide
if I should chase another life, become reborn.

If a princess exists in every girl,
hers must be on permanent vacation.
Now is the winter of our discontent,10
and I’m trapped within its tumultuous swirl.

Did my heart love till now? Foreswear it, sight.11
The rearview mirror shows his shoulders slumped,
his February face so full of frost.12
To think there was a time he was my knight.

Partnerships ebb with tidal confusion.
Man is a giddy thing, and this is my conclusion.13

I’ll admit I’m a fool, and [that] is my conclusion;13
always speaking with pistol mouth half-cocked.
Fiery acts of superiority,
snuffed out with your cool-water derision.

My reformation, glitt’ring o’er my fault(s),
shall show more goodly and attract more eyes.14
Relenting fool and shallow, changing woman,15
both the plaintiff and the judge of thine own cause.16

Other women cloy the appetites they feed,
but [you make] hungry where most [you satisfy.]17
I cast aside warm hands and welcome heart—
Forbearance and forgiveness, these I plead.

There is a devilish mercy in the judge.18
These personalities could use a nudge.

No, more of a kick in the butt than a nudge.
‘Fly pride,’ says the peacock: mistress, that you know.19
And pride of their contention did take horse,
Uncertain of the issue[,]20 yet would not budge.

I’m sure you think this lady doth protest too much;
Rough winds do shake the darling buds of May.21
It’s true that we are past our dancing days.22
for I no longer can abide your touch.

All faults that may be named, nay, that hell knows,
Why, [yours], in part or all, but rather all[.]23
Tokens and letters, which you did resend,24
not to mention the roses and fine clothes!

Love looks not with the eyes, but with the mind;
…therefore is winged Cupid painted blind.25

That nuisance, winged Cupid, [paint him] blind,26
deaf, and dumb! Practiced not, to have such aim.
That blinking cupid gossips, and now shall [you]—27
my many faults made known to all mankind.

To dwell with [you] in thoughts, or to remain[…]?28
But, ah, who ever shunn’d by precedent…29
‘gainst her own content…,30 for your narrow words
have quenched my fires of love beneath their strain!

Then, gentle cheater, urge not my amiss
lest guilty of my faults thy sweet self prove—31
a poor, base, rascally, […] lack-linen mate,32
equal parts naked and guilty in this.

You cheat on me, and then you claim I tryst;
You insist. I resist. Well, here’s the list…

…names and dates and times you cannot untwist.
Suspicion! Jealousy! All guilt is yours.
No, love is not solely the women’s role.33
Unsupported love means I don’t exist.34

I’ll see your twisted list, raise you a date-
a year without your virtue joining mine.
Man cannot live on bread and love alone-
my loins will shrivel to dust at that rate.

Oh, love’s best habit is in seeming trust;35
when my love swears that [you are] made of truths,36
I know you lie. And yet it may be said
I loved [you] dearly.37 My leaving’s a must!

What we once had will never be forgotten
My journals hold enough to write ten books:
[l]et husbands know [t]heir wives have sense like them[…]!38
That would have been some lunch! I’m off to Boston.

Visions of conquests are part of my game.
In truth, I lie like a moth-eaten rug.
I look on you as one that takes his leave.39
And I, an ass, am onion-eyed. For shame[!]40

Some sober reflection is now required.
Sitting in passion’s fast food parking lot,
with greasy burgers and a cherry soda,
he notes: she left because her love expired.

This is a “he said/she said” Crown of Sonnets using quotations from Shakespeare’s works, and original content.

33-34 – Paraphrasing from the Wellesley College Digital Scholarship and Archive Honors Thesis / Collection, 2013: With So Good a Wife: Love and Violence in Shakespeare Plays of Suspected Infidelity Kelsey Ridge kridge@wellesley.edu

Maggie edits and writes at Scribble Camp, a private workshop for poets who came together for honest critiques of their work. She also edited The Vampire Sonnets, a verse drama, by David Nelson Bradsher. She considers herself an old school modernist and never travels without poetry in her suitcase.

Latest posts by MFWilkie (see all)