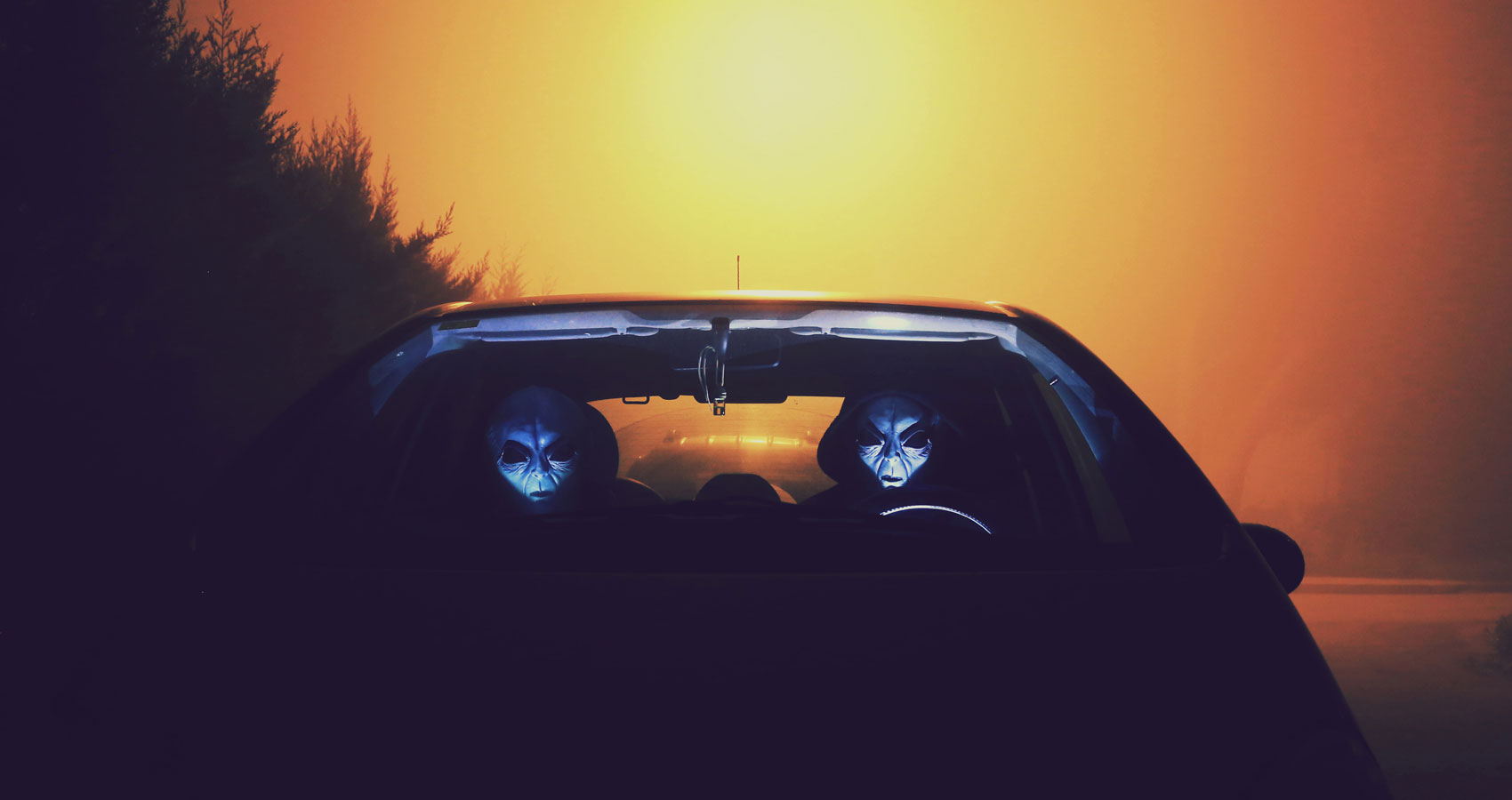 They land in their flying saucers
and seem to appear
in many shapes and sizes
yet in allotropes
of our very human form
and acquire names
like Flatwoods monster
or Hopkinsville goblin
in their skins
grey and green
or with silver scales of a fish
mimicking our eyes
sometimes as slits
noses masquerading as
just two holes
a mouth with jaws of a shark
or sometimes which hides
the tongue of a chameleon.

We record the unintelligible
sounds from the space
and try to decode
to unravel the mystery
of their messages
and send our probes
to search for presence
of water in the remote galaxies
the life sustaining
fluid that we are familiar with
and draw our inferences
if they too have a heart
if they too have a soul
if they are capable
of loving and loathing
and if they too are creations
of the same God.

Our reasons perhaps are
subordinate to our passion
our hypotheses perhaps
are fenced with our limitations
and our imaginations
perhaps are captive of
our apprehensions
as we traverse on the beaten tracks
with blinkers on
blind to another dimension
an unlikely reality
and a different definition
of time
space
and life
altogether.