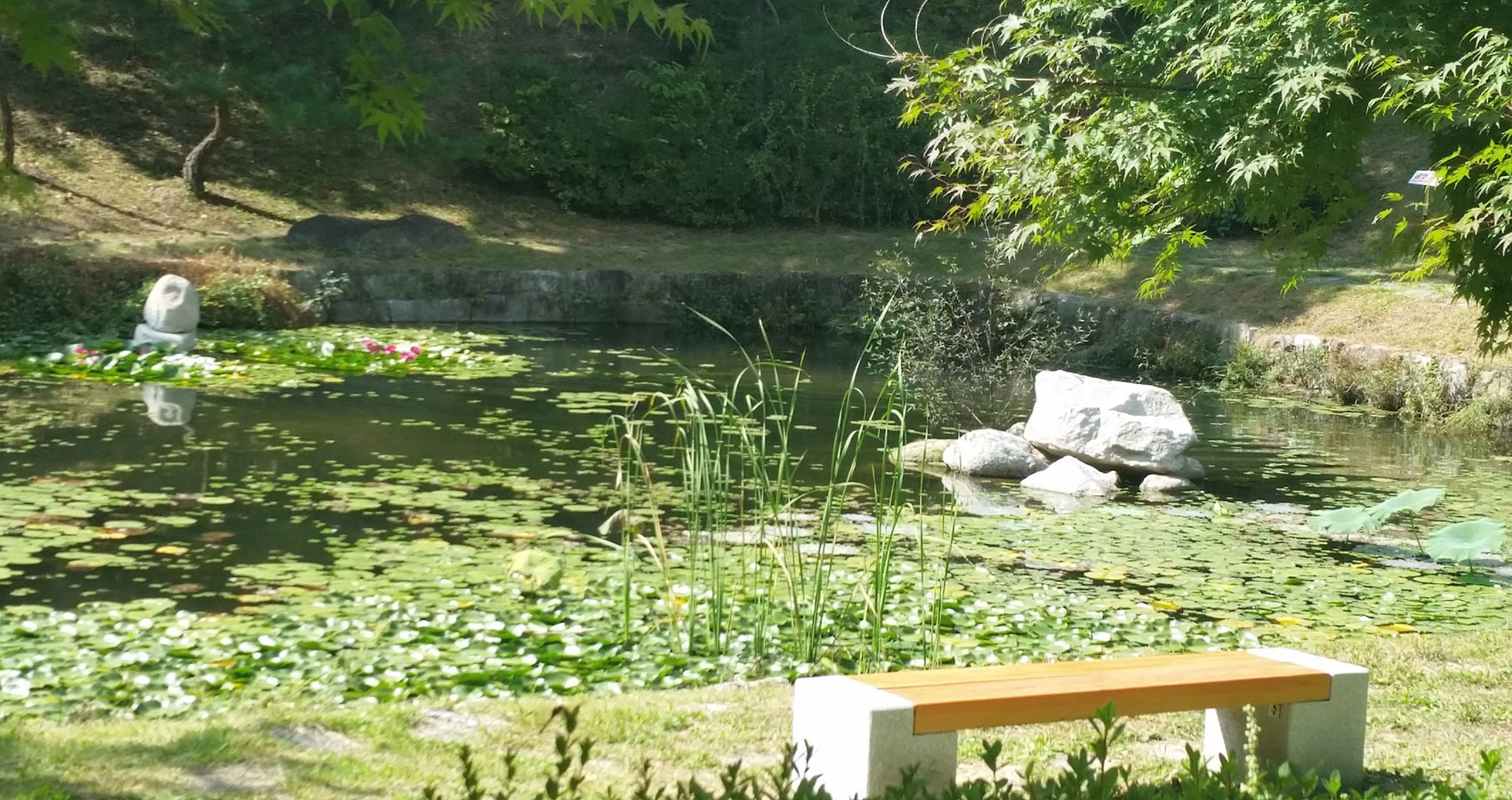 Beyond the French doors lies a small, secluded patio, enclosed on three sides by low walls of lichen-stained ochre brick. Fronds of Acer shield it from the sun and the scuttering wind which shushes and shakes the towering poplar trees, releasing the scent of impending rain.
The surrounding planting is largely European: conifers, native plants, and shrubs; attention-seeking pots of pink and red geraniums provide contrasting pops of colour. Yet, the courtyard has a distinctly Japanese feel, due perhaps to the water feature; an unusually narrow, rectangular pond which cuts across its centre like a deep gash. Koi carp loiter in the murky overhang of the single flagstone bridge or swim languid lengths occasionally bubbling to the surface to trap unwary flies and larvae. Grainy verdigris coats the angular piping, twisting coils, and inverted funnels of the fountain. It has been turned off, giving it the air of a becalmed Heath Robinson weather vane.
A solitary bench, hewn from a block of solid wood, sits parallel to the pond in silent symmetry. Although simple and stylish, it is uninviting, designed for stoicism rather than comfort.
Abandoned, a bird feeder sits off to one side, its trefoil of stone scallop shells stained by leaf debris and rainwater which has collected, mimicking absent molluscs, at the base of the upturned cups.
Here, by the house, the garden is still and there is no hint of the clattering railway.