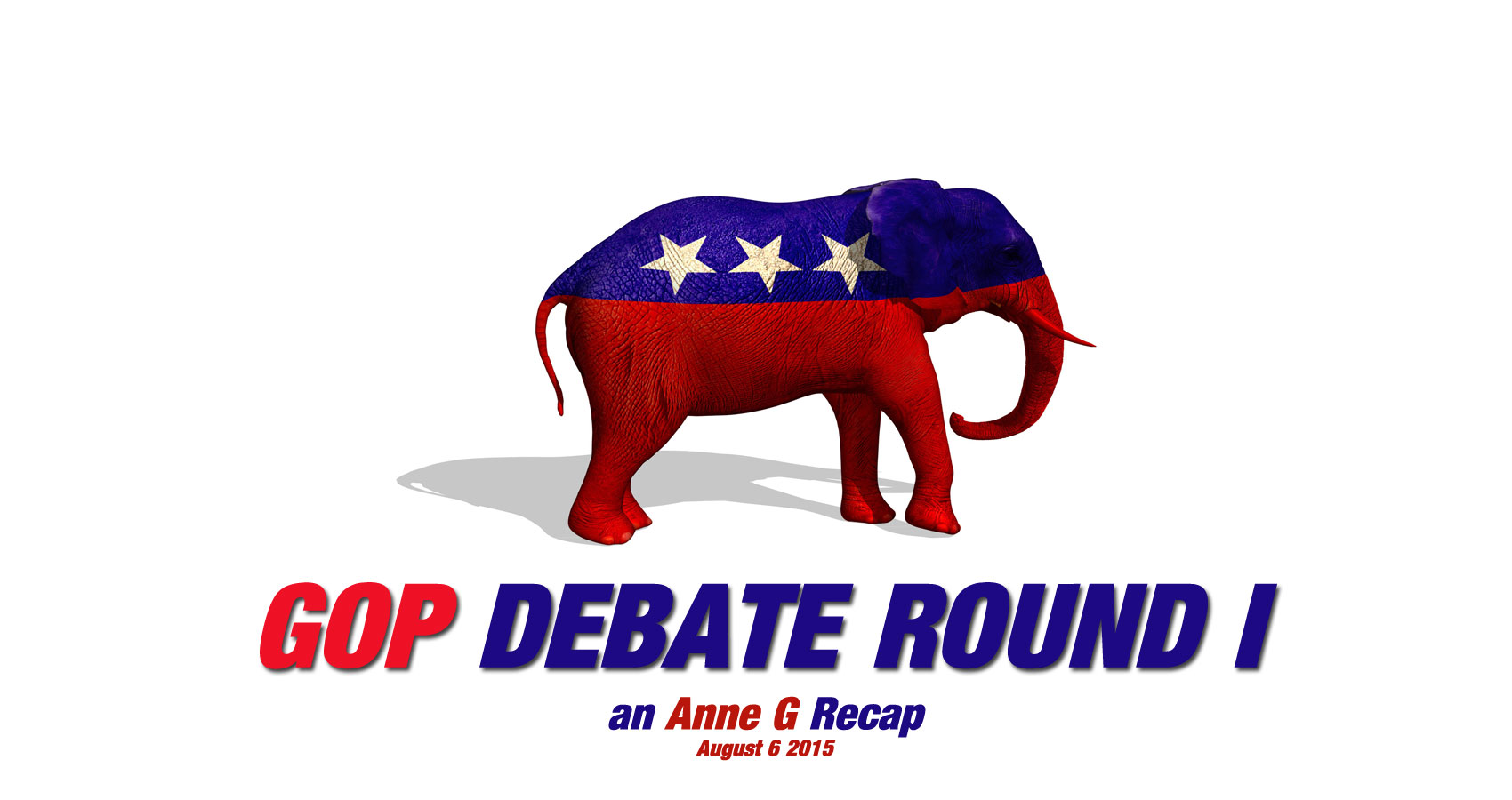 GOP Debate Round I

GOP Debate Round I

After having watched both GOP debates, parts one and two, and having given myself the opportunity to review it again the next morning with fresh eyes and an open mind, I came to the following conclusion:

The biggest loser of last night’s debate was Fox News.

Part I was somewhat flat with the exception of a few good responses from some of the candidates. Carly Fiorina, the only woman of the bunch, was spot on.

Part II began with an opening volley; an inflammatory ruse intended to get a rise out of Trump and pit one candidate against the other. The line of questioning was off beat and was not conducive to the positive development of the crucial issues facing our nation. Candidates for the most part were peppered with questions that barely scratched the surface and were mostly personal in nature.

Trump was Trump. The only non-politician of this second group, did not disappoint. He kept true to his nature, non-apologetic and forthright in his answers.

Kasich, always the Diplomat, answered even the most uncomfortable questions with ease.

Christie was somewhat subdued, displaying great confidence and knowledge of all the subject material.

Carson, albeit soft spoken and of a deep intellectual nature, was able to rise to the occasion with logic and understanding.

Rubio, the Washington insider, was sharp and is undeniably a contender.

Cruz, the Washington outsider, although very capable, does not seem to be very viable.

Paul, was full of snide remarks and smirks and came off as petty and an unlikable character.

Walker, although seasoned, does not seem to have the fortitude of character needed for this campaign.

Huckabee, as always was quick to answer and was his usual unflappable self.

Then there is Bush, the most logical candidate was underwhelming and unimpressive.

Fox News, touts themselves as the champions of the once conservative GOP Republican Party yet their management of this first debate, especially Part II, was poor and ill conceived.