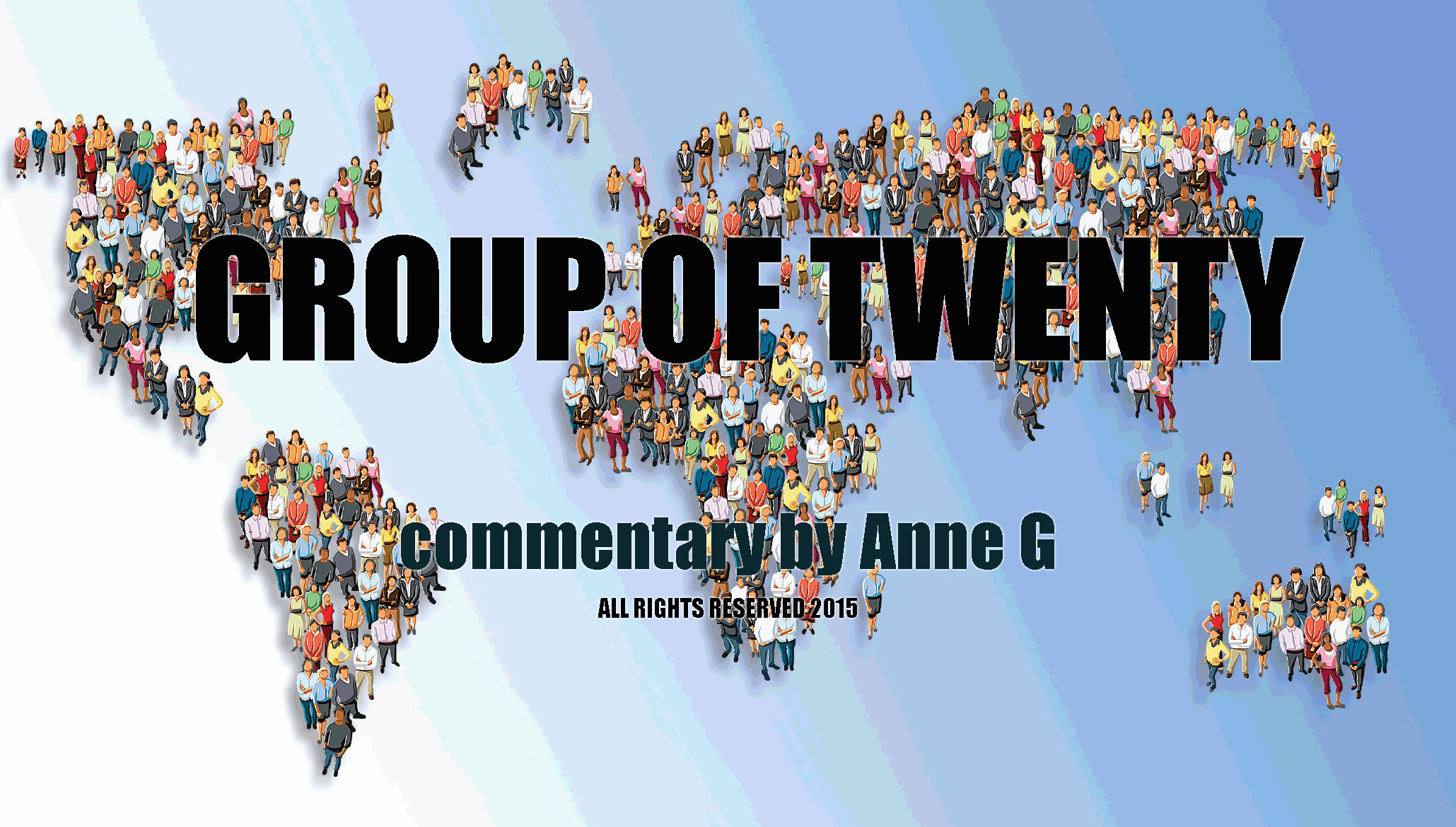 The G-20 or Group of Twenty is the international forum for the Governments and the Central Bank Governors of 20 major world economies. Founded in 1999, there mission is to review, study, and promote discussion of policies and issues pertaining to international financial stability.

The members of this group of twenty are:

19 individual countries and the EU (European Commission and European Central Bank) equal 85% of the Gross World Product (GWP), 80% of World Trade excluding EU Intra-Trade and 2/3 of the worlds population.

The above review is a note to self, inasmuch as I am confounded, confused and befuddled.

The recent Paris attacks, which coincided with the gathering of the G-20, gave me great pause for thought. I pondered the tragic state of affairs of the world in which we live and asked myself once again, how is it that two-thirds of the world's wealth and power cannot put down, neutralize and eradicate ISIS/ISIL?

How is that a relatively small group of fanatical, self-serving, thugs, bullies and murderers, hold the the most powerful nations on the planet hostage?

I Wish I Had Never Grown

My Genesis written by:  Anne G @TheInkTruth   My heart takes flight, my spirit soars. Body and soul, embrace the...