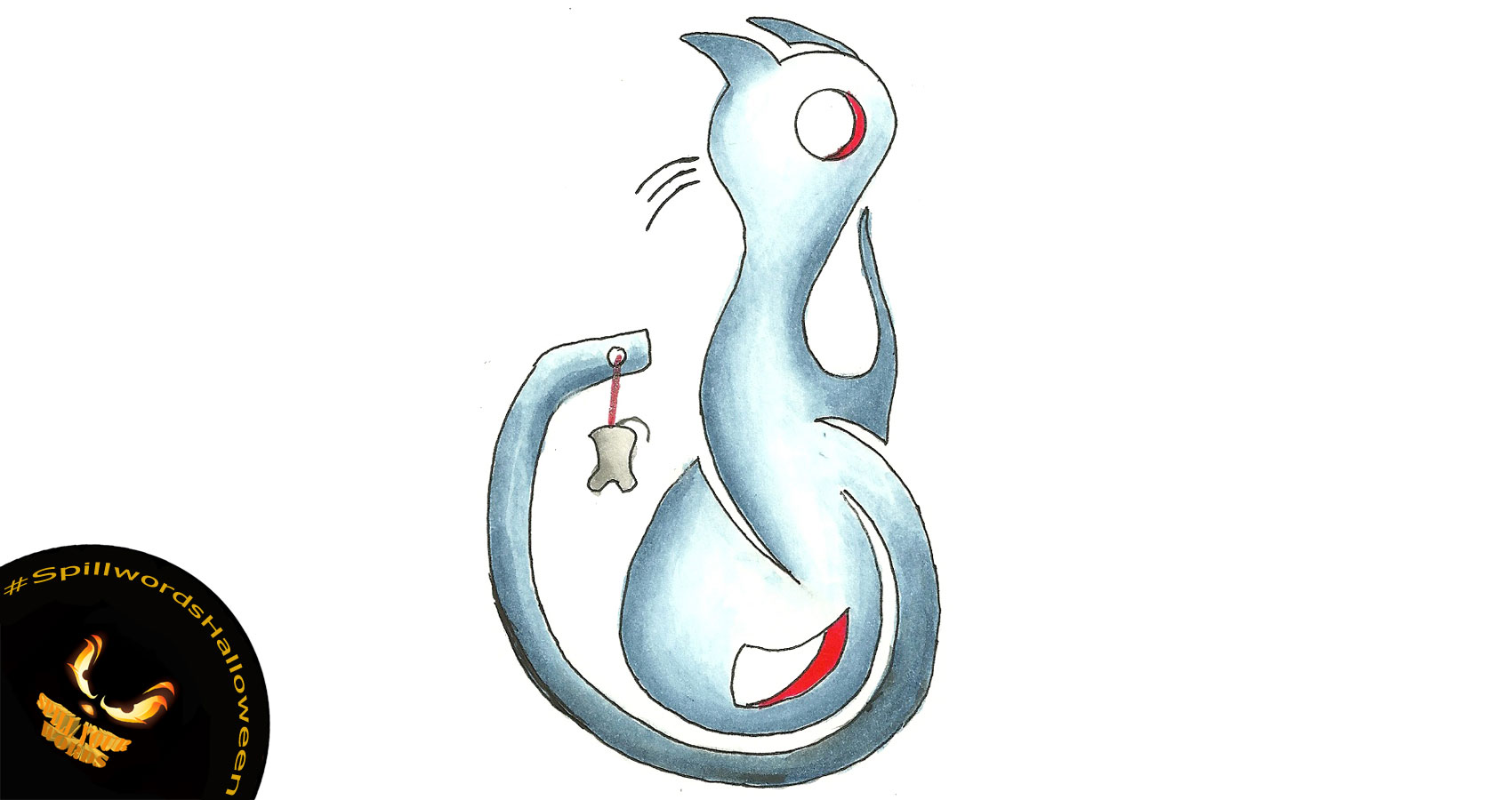 Comes the strangely night
of pointed hats
and cheeseling rats,
of flootering bats
and singing cats.

Tis a night of the ghastly
and the ghostly,
and misty holograms
of terrors mostly.

Orangey, bulbous,
fearly faces
and glowly guts
greet the ghouly paraders
begging for sucrose
and rendered fat
that’ll bloat the belly
and slow the mind,
so to pad the pockets
of druggy billionaires
that they may live
a blessed, healthy life.

O Hallowed Night,
moonlit and fogly,
invented to feign
the ghosts of a
neighborly cosmos,
invites taunting
by those disturbed souls
too fearful to love,
petrified to become,
fettered by unforgiveness
and fooled by self-unknowing.

So they taunt
and disquiet the unthinking
and the unaware,
to block them from knocking
on the golden door,
denying many from
entering and tasting
the blinding truth.

But then,
without darkness,
how can we know the Light?

So, scream loudly
this hallowed night,
unhinge the bones,
disconcert the spooks
and demons,
so to chill their innards
as they should scutter away
from us boldly incarnates,
and awed by
such self-assuredness,
perhaps, perhaps…
they just might
turn to the Light
and be saved.

Allen Dec grew up in northern New Jersey. He worked in the hobby craft field as a design artist and did technical graphic layout. He spent 20 years as a friar in the Capuchin Franciscan Order, working as liturgical musician, tailor, GNA and priest. After leaving the Roman church and moving into the Shenandoah Valley in 1995, he ministered to a small home-church group until recently. Allen retired from the Northern Virginia Daily in 2010 after 13 yrs in their Graphics Dept. He enjoys writing poetry and prose, has a blog "Spiritually Speaking," and has published a book of poetry, "My Poems - Seasons." He has been involved with art since his teenage years, and has returned to work in acrylics and mixed media. He is an ESOL teacher at Lord Fairfax Comm. College. As a Certified Music Practitioner, Allen is currently involved with Integrative Care Services. He also does MusiCaregiving (therapeutic harp music) and Sitting Tai Chi for Seniors at several assisted living facilities in the area. He lives with his feline family - Mazie and Absalom - in Middletown, Va.