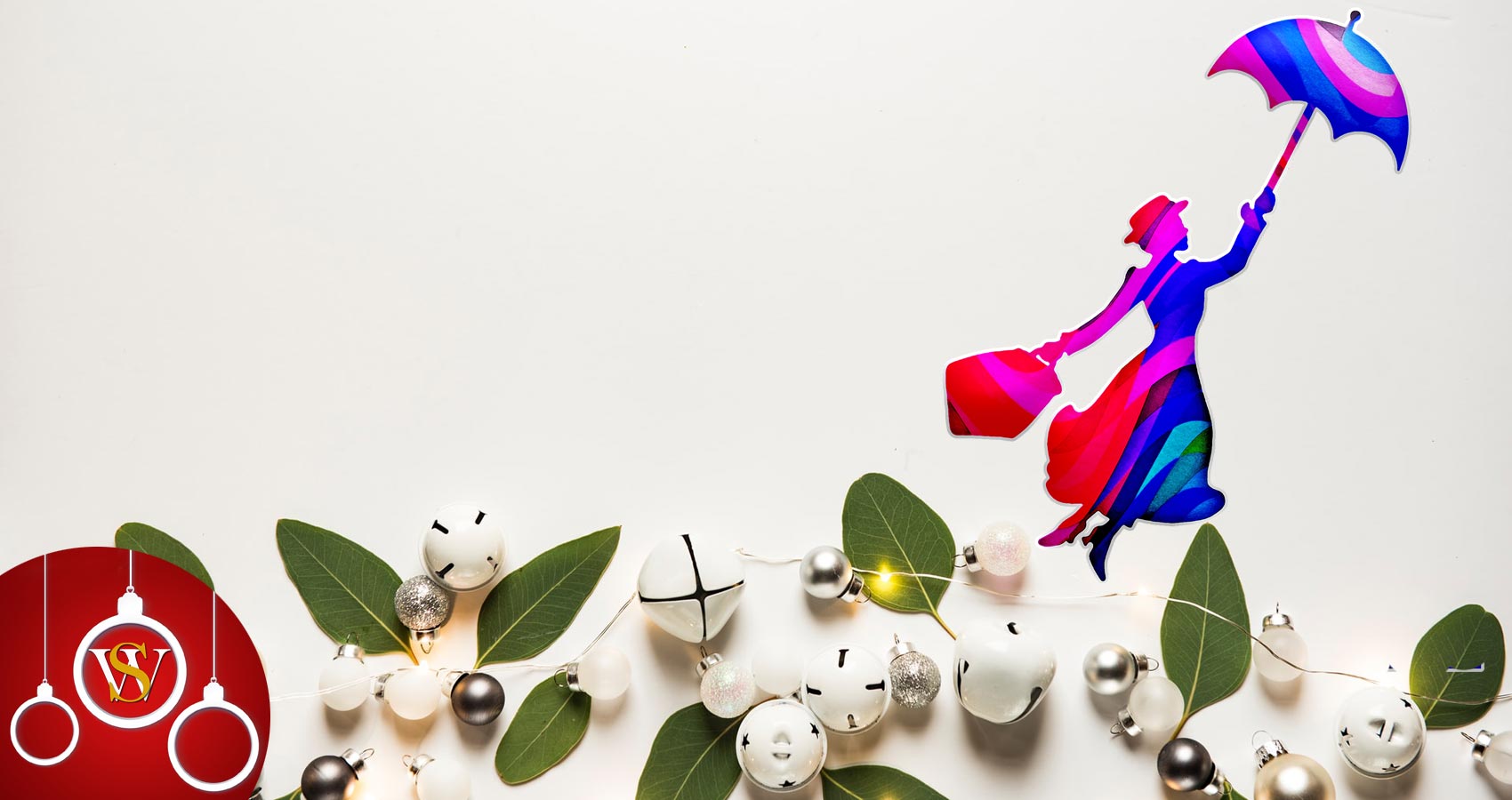 How Mary Poppins Made My Christmas

How Mary Poppins Made My Christmas

Christmas is a special time, which I associate with my late parents, a gentle, warm, bright couple who made every occasion feel as such.

Christmastime feels empty and pointless without them. It’s hard to accept they’re gone, even though it’s been years since they passed away.

This year I didn’t want to go through the process of dealing with it so I sold the occasion short. No celebrations, parties or gatherings. The joy tends to highlight their absence, so no thanks. I’m spending the holidays on my own this time around.

I do it every now and then, sell Christmas short to level the field, and it’s tricky, for me and those around me. Not everyone understands.

‘Why does he spend Christmas alone? It’s not right!’

Like ten-year-olds, people take offense, judging before they pause, ask, or think it through.

Stuff like that used to put me in a slump. Not anymore. I have little to do with all who respond in that way. I don’t mind a strong disagreement, but I have no time for people who make up their minds without listening, and who judge things from a preemptive, narrow point of view.

The good news is there are also those who understand. Their doors are always open, they tell me, and they make sure to remind me every once in a while. They put in the effort and don’t invoice me for it with strings, complaints, caveats and passive aggression. Their support is genuine.

It makes a difference, and I thank them for their care and understanding.

The truth is, yesterday came on hard. Christmas Eve without my late folks – and without distractions – was hard, so I found myself taking a long walk to keep myself preoccupied.

I ended up in the cinema.

And there I found Christmas magic.

Mary Poppins is a superhero. Her energy is right, her attitude fantastic. She glides in, takes care of business, sets things straight with her rollercoaster kind of charm, and before you know it, the world’s a better place.

In other words, a real bad-ass. (Eat your heart out, Machismo.)

I’d grown up with the original film, captivated by Mary Poppins’ cheeky, hopeful magic. We had many family viewings in our household, and not just at Christmastime, always crying our eyes out — my mother, my father, my sister, her nanny (yes, we had a super-nanny with us: Mel) and I — before rejoicing in the wonderful ending, time and again.

It was a special experience. Our family would gather to watch the story of a family in dire straits. Their problems were real enough, as were their griefs, but their journey was magical, inspirational, and it rubbed off on me, on all of us, I think. Disney’s Mary Poppins became a beacon of hope, a repository of pleasant and formative feelings. A big part of my childhood belongs there. It’s the universe of a different kind of hero, one whose superpowers focus on the family unit, one of our most precious institutions. I, like so many fans round the world, hadn’t realized how much I’d missed this one-of-a-kind hero until I saw her on the big screen again.

Mary Poppins has returned, and she’s still got it: the charm, the wit, the ability to turn impasse into opportunity and the dreary world magical. Mary Poppins Returns was worthy sequel, a tribute to the original, and it carried the same fantastic uplifting energy, through which something hopeful and compassionate came to life yesterday as Mary sang:

It was as if Mary was speaking not just to me, but to all children, especially the children who are trapped inside grownup bodies and worried minds. She was reminding us not to lose sight of wonder.

I watched with delight the world of Mary Poppins come to life, and was taken with Mary’s confident smile as she sang:

I was in a bright, warm place again, the wisdom of a long-forgotten icon reaching out from the screen to point out how

I left the theater feeling rejuvenated, with a huge grin on my face. My wish had come true. In a way, I’d spent Christmas Eve with my late folks, as I’d intended. They were there, watching the film through my eyes, speaking to me through the film itself. We’d shared a moment again. They live on, like all the departed do, through me and my sister and the rest of the family. They live on through the people who knew and loved them, through the people they knew and loved in turn, the lives they touched and the stories they loved and shared and enjoyed with us.

Today I woke up feeling grateful, almost giddy, as if I’d gone home after a long journey. There’s no way to explain it, but it felt like Christmas again.

Nicolas D. Sampson is a writer-producer based in Cyprus and the UK. His work has been published in Panorama: The Journal of Intelligent Travel, The Scofield, LIT Magazine, and The Hong Kong Review, among others. Film projects include Behind the Mirror (writer/producer – winner Best Thriller in the Manhattan Film Festival 2015), Vita and Virginia and Show Me The Picture: The Story of Jim Marshall (executive producer). He loves Alfred Hitchcock films. And traveling. And the Cloud. And is currently working on a psychological horror script.