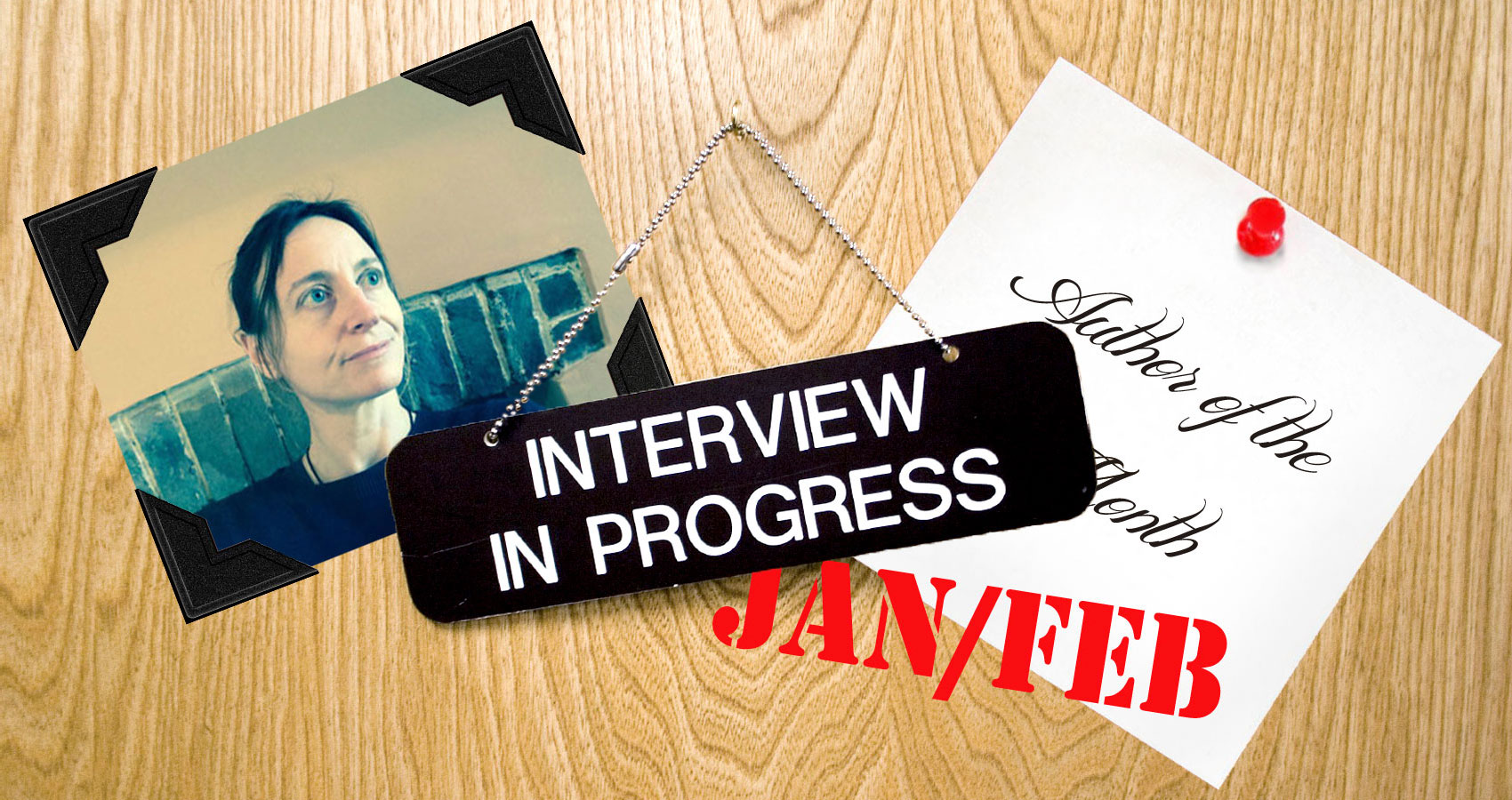 We offer our first and exclusive Q&A Interview with Polly Oliver, a writer whose multiple literary works have been featured on our Spillwords pages as well as being Author of the Month of January/February 2017.

I’d love to come up with something exciting here, but I’m pretty unremarkable.
I grew up in Cornwall, came of age in the 90’s (for which I’m grateful as it meant any youthful shenanigans and dreadful errors of style preceded social media), went to university in Cardiff and Falmouth, settled in Wales where I got married and had two boys – via a decent amount of travelling, a lot of beer, a few shared houses, a couple of near-misses and some jobs.
Hit forty, wondered where it all went; the usual story. I’m delighted by the ridiculous, my children (who come out with both the profoundly comic and profoundly wise), travelling and the ocean.

I think my writing style is still something that’s evolving and will continue to do so. I’m loath to sound like I swallowed a book of “Twentieth Century British and Irish Poetry” but I can’t help my education and I loved reading Sylvia Plath, Ted Hughes and Seamus Heaney at school. I’d like to be able to adopt at least some of the pure vitality, energetic clarity of imagery and head-on fierceness in dealing with personal, political and universal darkness that was their legacy. I love listening to the talented poets and writers who are part of the open mic nights I attend in Swansea, and being an exile in another land sometimes means you are more aware of the musicality of how people talk. I like to put down phrasing I have heard, even if it leads nowhere.

In a nutshell, love, death and the brutal beauty of nature. I can see something out walking, even if it’s just taking the kids to school. Sometimes without warning I might feel the pang of some emotion, or find a memory that can’t be revisited, and that also can be the germ of a poem. Dreams too. Travel always makes you see the world differently and gets me out of a creative rut. If I’m stuck for ideas, I will take a picture, anything, and make myself write almost in a stream-of-consciousness for five minutes to kick-start the process.

I have always written for work- I was a radio journalist and a Communications Officer- and there are a few un-formed novels and short stories still lurking in abandoned notebooks.

But I think the sort of beautiful melancholy of seeing life, love and emotion through eyes that are beginning to age – when you have more of an awareness of the brevity of life – that’s when I found I could express both the profound and the day-to-day with any kind of authenticity.

I also found I could best express that through poetry, though I’m certainly not abandoning fiction projects.

That’s kind of a hard one to explain. Certainly with poetry I’m probably not the only one to say that sometimes a poem almost seems to ‘write itself’ once I start to put down a half-constructed concept or a line of imagery that popped into my head.

I try to go for a quick walk alone most days as I find that’s where the kernel of most of my poems start from- the initial thoughts for ‘Ossify’ for example came from a walk around the cliffs of Gower, and my response to finding the corpse of a magpie inspired another poem.

I was a broadcaster and I’ve always loved reading aloud- that is the way most poetry should be read I believe- it’s what the bards and minstrels did. Reading your work back to yourself helps you recognise if it works, if the musicality or echoes within lines are there.

Some days are good and sparks fly from the metaphorical pen (‘tablet’ sounds less ‘poetic’!) and other days it’s like swimming through treacle, only less sweet.

I love the sense that a poem or a piece of writing- even just a stanza or paragraph- has somehow ‘taken flight’ and become separate from you. It was your voice, then it’s there- in print, online, wherever- and it’s no longer your voice because it’s standing alone for someone else to scan their eyes over and digest in their own brain and heart with their own particular individuality in play.

The saying ‘a picture speaks a thousand words’ holds true, even when that picture is drawn through words. Imagery is essential; certainly there would be no poem in existence without it. A poem tells its story, or conveys its sense, through the application of images, like brushstrokes.

Anything and everything! I usually have a novel on the go, though sometimes my capacity for sustained attention is stretched, and every day I try and get a taste of the poetry that fills the internet, either via Spillwords or via the poetry blogging community.

I think Spillwords and similar sites have a fundamental role to play in the future of poetry; it’s both the most fluid and profound medium and as such should be the most accessible, as well as the most open to new writers with wonderfully diverse perspectives.

It hasn’t always been so and that’s why poetry sites are not only a wonderful levelling tool but are giving poetry a new surge in its evolution.

It would be crazy to have lived in Swansea for so long and have been untouched by the incredible legacy of Dylan Thomas. Wales itself has a lyrical tradition and I love the status that the Bard has here.

I have always been interested in ancient peoples, particularly around the Western fringes of the UK and have recently finished a book by a brilliant writer, Philip Marsden called ‘Rising Ground’ which explores the relationship between culture and landscape with a focus on my home of Cornwall. I think some of these ideas may creep in to my subsequent work.

I have a collection which I’m set to work with a designer on packaging and marketing in a unique way. I want to continue sharing at open mic nights – we are lucky to have at least two really well established ones here in Swansea, and sharing my work on the Spillwords platform.

As I love reading aloud, or ‘acting out’ a poem, I’m also going to more around podcasts and my YouTube channel- though being technically backward makes that process slower!.

I said a while ago that poetry is having a renaissance in the public sphere- even advertising executives are using solid poems to sell- but still many excellent poets and writers aren’t quite there reaching a wide audience that isn’t just an audience of other writers. So I have a few ideas for collaboration with other writers and artists in mind to address that.

I also want to return to a few short stories that are reproaching me from their notebooks.

In the end making a few quid is nice, but I don’t expect to become a millionaire!

I think I’ve probably said rather too much as it is! Thank you Spillwords for the opportunity to share my poems and ideas.

JAN/FEB 2017 AUTHOR OF THE MONTH at Spillwords.com
A mother of two boys, scribbling from the Western coasts of the UK, mainly poetry, but whatever comes out really. Former journalist and PR professional, the first whispers of middle age and declining eyesight made having a real go at 'real writing' a little more urgent. A Cornish native, I made my home in South West Wales so the sound of the sea sighs through my work every now and then. Lover of nature, yoga, boutique coffee shops and occasional (and very dreadful) surfer.