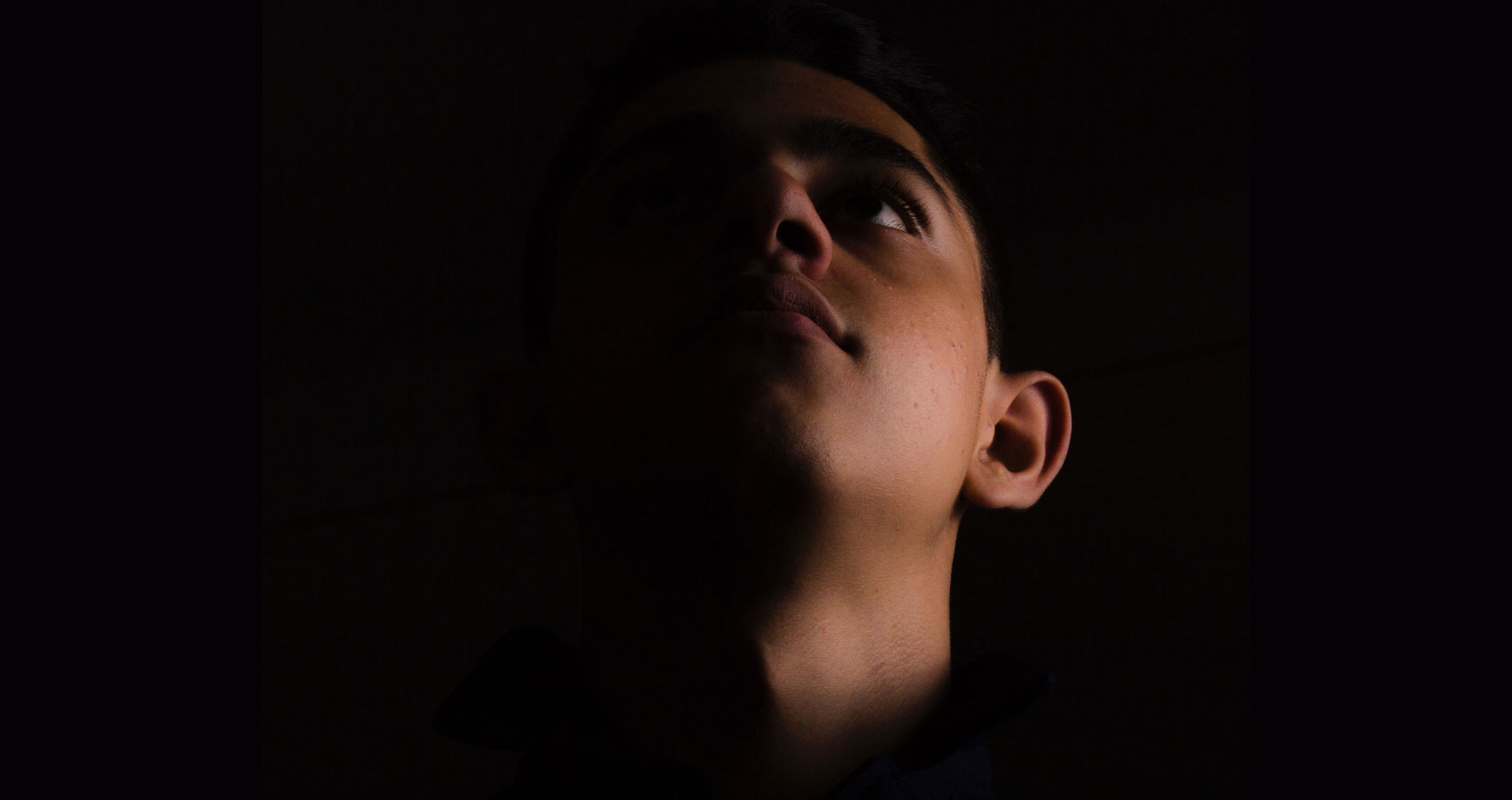 In that eerie predawn glow, a voice echoed from the empty bones of the house. Israel sat in the stillness of the family living room, speaking to the darkness like an old friend. Sometimes if he was still enough, if he tuned his ears just right, he could hear the faint whispers of the night around him.
“A little more here,” he whispered.
Israel shaped the open air in the slender form of a glass bottle then lowered his palms to the musty carpet he knelt on. The object was taking shape before him, dark as a literal hole torn in space. Soft against his hands.
He liked to look outside as he worked, where dark grass fields lay in wait for the morning sun. It was that placid time before dawn when everything is taut and ready to burst with the new day. When the hunched shadows of trees loom like a stone army.
Everything lay still and quiet. The dusty air froze and watched Israel as he worked, as he fashioned something solid from the darkness itself.
It was a curved, slender sculpture, glistening like pure obsidian freshly pulled from the earth. Israel ran his hands over its surface, watched it glisten in the cool wan light like black diamonds. He drummed a finger against it and the sculpture rang a low note, the sound of darkness speaking.
“What the hell are you doing?”
Joshua stood in a cut-off tee at the far end of the room, his lanky limbs hanging like tree branches at his side. Israel’s sculpture vanished at the sound of his voice.
“It’s nothing,” Israel said. He lowered his arms and looked at the space where the sculpture once stood, now empty.
The sun broke over the horizon and lit the room up to a low orange glow.
Joshua shook his head as he made his way to the kitchen. “Psycho.”
From the kitchen came the sounds of silverware and shuffling feet. Joshua poured himself a bowl of cereal, the tinkling of the bowl ringing through the house.
“Are you gonna tell Mom?” Israel said.
“What? That you’re a freak?” Joshua said. He came back into the room, long hair swinging, and sat on the sofa. “Why would I tell her what she already knows?”
Israel’s eyes slithered to the old carpet.
“I’m not a freak,” he said.
Joshua shoveled more cereal into his mouth. He crunched and slurped like a wild animal. Cereal bits clung to the edges of his mouth.
“What did you say to me?”
Israel traced an irregular shape in the dusty carpet. “I said I’m not a freak.”
Joshua leaned forward, something foul wafting off his body. He set the cereal bowl on the floor.
“You’re whatever I say you are,” Joshua whispered. He grabbed the loose fringe of fabric around Israel’s neck and pulled him nose-to-nose. “Say it. Say you’re a freak.”
Israel shook his head.
“I told you to say it,” Joshua said. “Say it out loud!”
Joshua shook Israel from head to toe, rattling his bones like shells in a bag.
“Josh, stop!”
Israel pushed his hands into Joshua’s bony chest.
“Fucking say it, you freak! Say it!”
Israel’s vision melted like a Dali painting, the colors of the living room morphing into an incoherent whole. The air in his lungs slowed until it was vapor-hot, and his body filled with the warmth of it. The harder Israel tried to hold onto reality, the more it morphed into something hazy and dreamlike.
“Let me go!” Israel pushed and fell back onto the carpet.
He knocked the cereal bowl aside and left a growing stain of milk creeping across the floor. Joshua stood up, a behemoth compared to Israel.
“You’re gonna regret that.”
“Josh, don’t!”
Joshua took a step forward as Israel cried out. Something shifted inside Israel, a rodent squirming its way free from the earth.
Joshua stopped mid-step, his foot still wavering over the carpet. He froze in place, the rage still glued onto his face in a mask. His eyes bulged from his face and a thin, dark line made its way from his mouth down to his chin.
On the floor, Israel rocked back and forth, sobbing quietly to himself.
“I told you to stop,” he said. “I told you.”
The new sculpture crept and edged its way out of Joshua, shifting and forming in the air, made of pure darkness. Joshua’s body burst open like a punctured bag as the dark tendrils worked their way out from his flesh.
The darkness inside Joshua writhed with life in the light of the rising sun, glistening like black diamonds.

Sebastien Lacasse is a novelist studying Creative Writing at Full Sail University. He writes works of speculative fiction, often incorporating elements of magical realism into his stories. He has received such awards as Scholastic’s Regional Gold Key and National Silver Medal and has been published in the sci-fi journal 365Tomorrows. When Sebastien is not writing, he watches far too many video essays on YouTube.