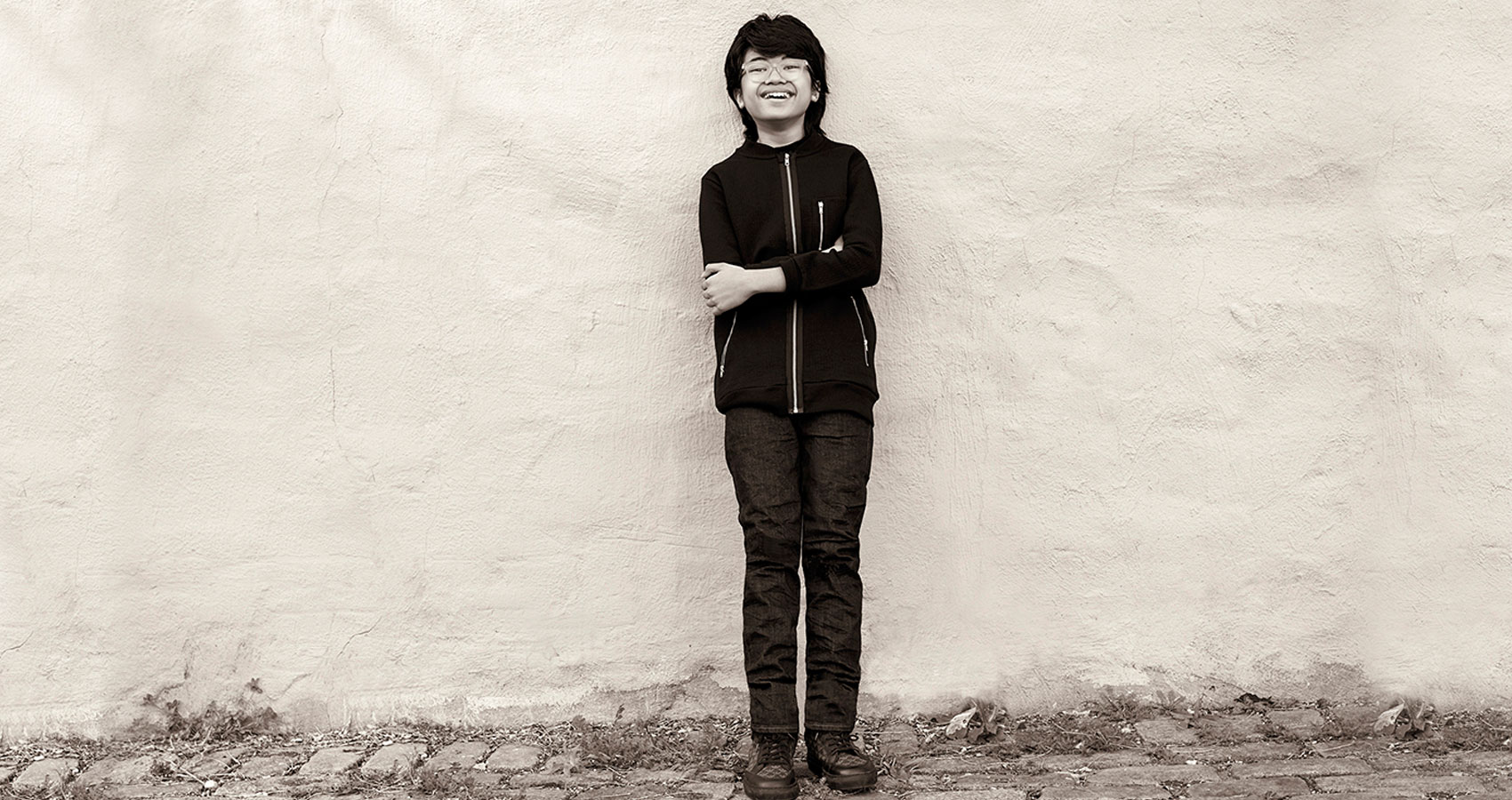 (More Than A Child Genius)

He plays jazz as if he had invented it
Arpeggios augmented, minored and majored
transferring from one chord to another
like flashes of lightning extracted like pearls
springing from such a young mind

One marvels how and from where did this child
learn to play such complex music?
On what spaceship did he arrive?
Where indeed did he come from?

The stage he commands demands a mature, professional performance
and to see a four-foot tall boy towered over by six-foot men
revered in their own musical spheres
showing their unprecedented respect is absurdly amazing

As adults, grown men don’t bother with children,
but as the old saying goes, A child shall lead them.
Joey leads the way and they follow
Like disciples following the master.

He plays jazz as if he were on fire.
Or an unknown chord was chasing him.
His vast repertoire includes everything in jazz that has gone before
With new compositions swirling in his head.

His fast tunes streak across the ears as if they were ablaze.
I questioned why his technical speed was so fervent.
He gave a shy smile and without a word
began playing an improvised melodic ballad.

His choice of chords blending with sounds that came
from somewhere not found in any earthbound soul
pointing to the possibility that he might not be of
any DNA found on this Earth.

Older musicians were stunned to learn
he was only 8 years old.
He said his name was Joey, born in Indonesia
and taught himself to play at age six

the most powerful jazz musicians ever to grace the jazz landscape.
He came into the light as a child oddity,
but quickly became a respected artist.
He is one of a kind, one of life’s wonderful mysteries
and pegged to be an icon.

Reminding us of that other genius of whom it was said,
“It will take a thousand years before we see another like him.”

From his revered perch in heaven, 200 years later,
Mozart looks down, smiles and says,

NOTE FROM THE AUTHOR:
To see Joey perform go to YouTube and prepare to be stunned. He is only 14 now, but he’s incredible, has an amazing and professional trio. His artistry and mature demeanor will astonish.