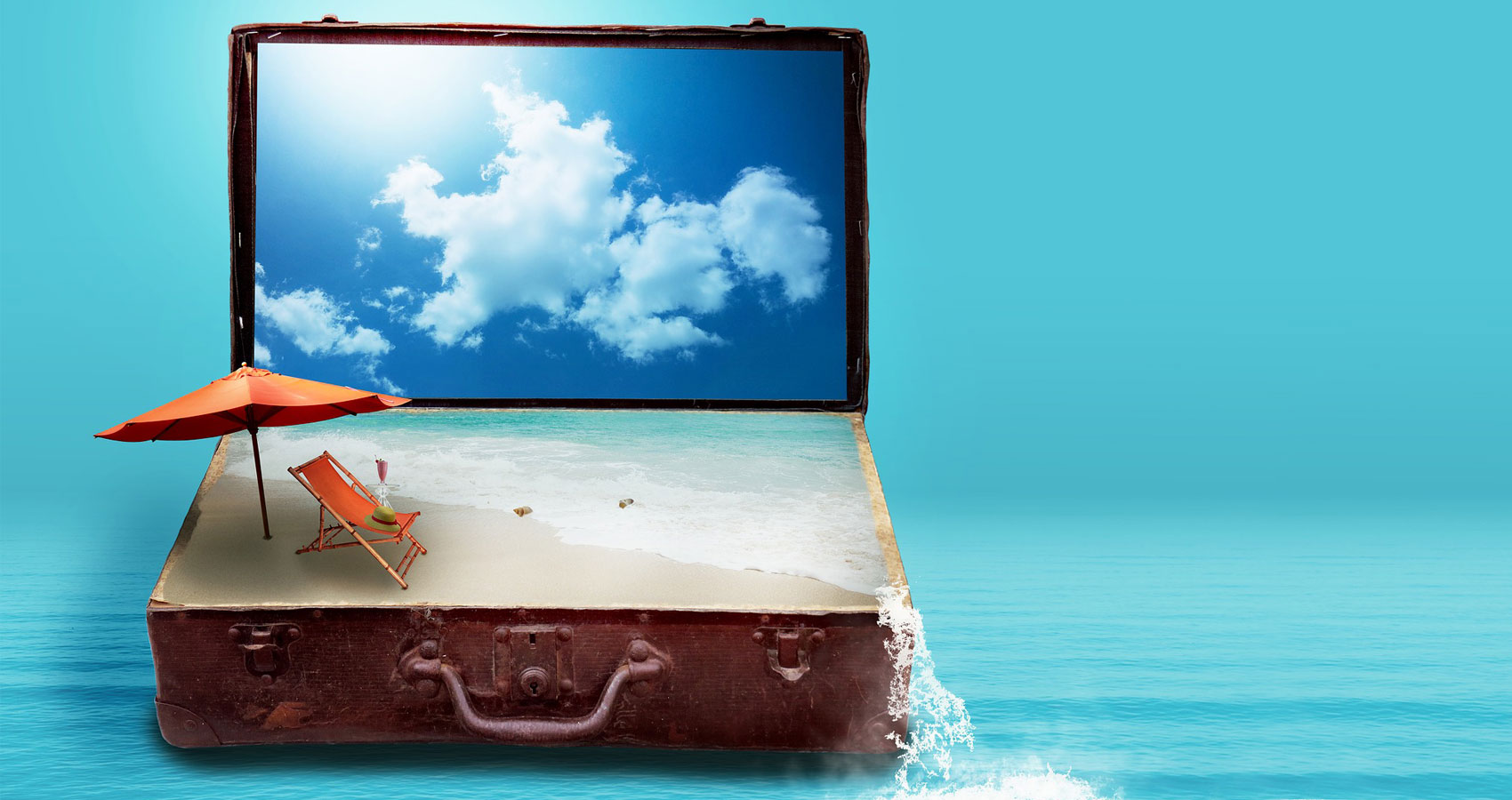 We are all set
for our week long summer vacation
at an exotic all villa beach front resort
and I am almost distressed to see
my wife’s packed stroller
bursting at its seams
even the zips on the pockets
refusing to close and when
she sees my raised eyebrows
she reads out the list of
items she couldn’t do without.

First come two cardigans
one for the day that is
coloured light
and one dark
for the night
just in case
it’s windy or chilly
and then a folded umbrella
and a canary yellow
plastic rain coat that she had to
buy at Munich during our last trip
to ward off an unprecedented shower
and a straw hat which she may need
if it were sunny
while visiting the orchid gardens
and a floral top to match
and a silk scarf to complement
the ambience
three pairs of jeans
black white and blue
to match the mood of the day
with contrasting shirts
checks
stripes and
solids
and three pairs of shoes
the walking ones for long strolls
the platforms for the museums
and the heels for the evenings
and of course the towels
for you don’t really know
how hygienic would be
the ones they put in the washrooms
and a bag full of toiletries
for who knows if they
have Mysore sandal soaps
in their housekeeping inventory.

Then I go to my study
and rummage the bottom drawers
where I store the relics
and tidbits which I needed long ago
and need no more
but still preserve them
for their vintage value
and pick up a packet and
shove it to my shirt pocket
creating a noticeable bulge.
As I emerge and start rolling the
strollers to the lift,
she looks at me quizzically
and challenges me if I have
gone back to my smoking days
and extracts the cause of
the offensive protrusion
to see that it is just a pack
of condoms that has far exceeded
its shelf life
and with a look as sheepish as possible
I say in silent defence