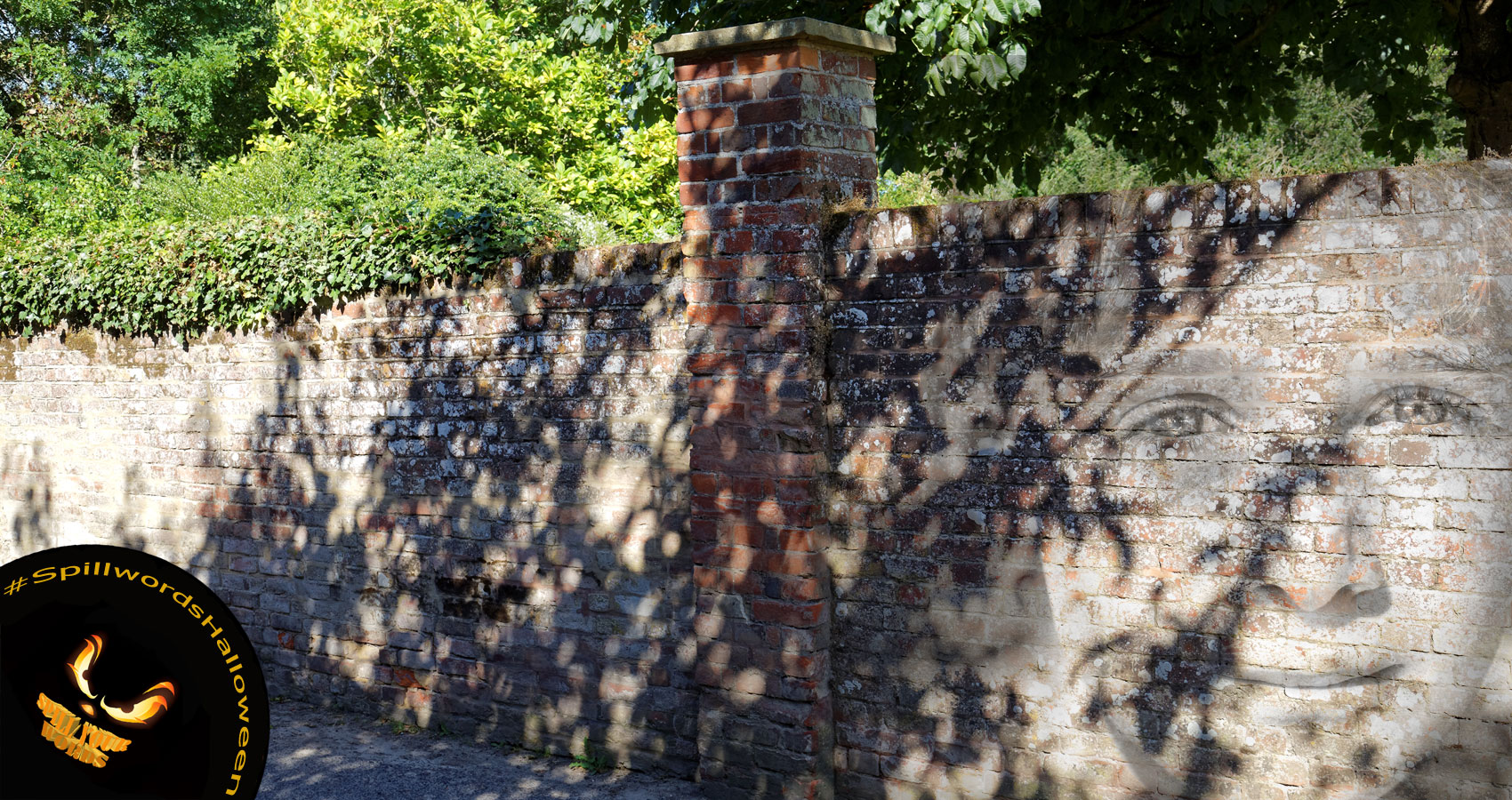 That day you strayed too far away
From the thrum of hum-drum adult conversation;
Your parents’ polite patter in the porch
Of grown ups unknown to you.
Eight and uncaring; still above the need
For nonsensical niceties.
No offspring there to share the wild dark
Of your eyes and heart,
that’s only felt by those still ringed
By the magical newness of being-
Or the ones outside the grey box of orthodox
Adulthood; the crazy square-pegs, distant-gazers.

The side lane was alluring; exotically porticoed
With broken pallets and scuffed budleia;
A few tentative steps and a glance at the elders
Enrapt in the ebb and flow of grown up code
And you slipped into sudden silence, tucked between fences.
The grey line of sky bent with your over-loud steps
Among dusty weeds and muffled scrape
Of faded plastic wrappers
Husking past as you slipped unwitting,
Further into the waiting worm hole winding between
The planks and bricks of urban blandness.

The sky lid darkened a shade over the fence walls,
Higher now, marked with symbols.
No time though to attend to the sudden shadow
Under your springing heartbeat, for ahead,
At the bend, a long-limbed boy comes grinning,
His neck oddly bent.

Later your freckled smile bedecked the front pages.
And as her ancient hand clutched the days-old local Echo
Shared by all residents-most now uncomprehending
Of the black and white rustler they used to shuffle
On morning buses, or curled with a cuppa
under long-lost covers- she cried out.
More like a croak from her creaking throat
She called “Alfie, how could you? Oh lonely boy!”

Two tears dropped side by side onto your face,
Already consigned by the reporter’s neat lines,
Weighted by the right pathos for a lost child story,
To the realm of the dead.
“He had been there so long on his own I suppose,”
She turned to the nurse; capable, concerned.

Agnes let herself be patted, pillows plumped round her,
Closed her eyes and remembered her lively big brother,
Lost when he wandered alone down a lane.

JAN/FEB 2017 AUTHOR OF THE MONTH at Spillwords.com
A mother of two boys, scribbling from the Western coasts of the UK, mainly poetry, but whatever comes out really. Former journalist and PR professional, the first whispers of middle age and declining eyesight made having a real go at 'real writing' a little more urgent. A Cornish native, I made my home in South West Wales so the sound of the sea sighs through my work every now and then. Lover of nature, yoga, boutique coffee shops and occasional (and very dreadful) surfer.