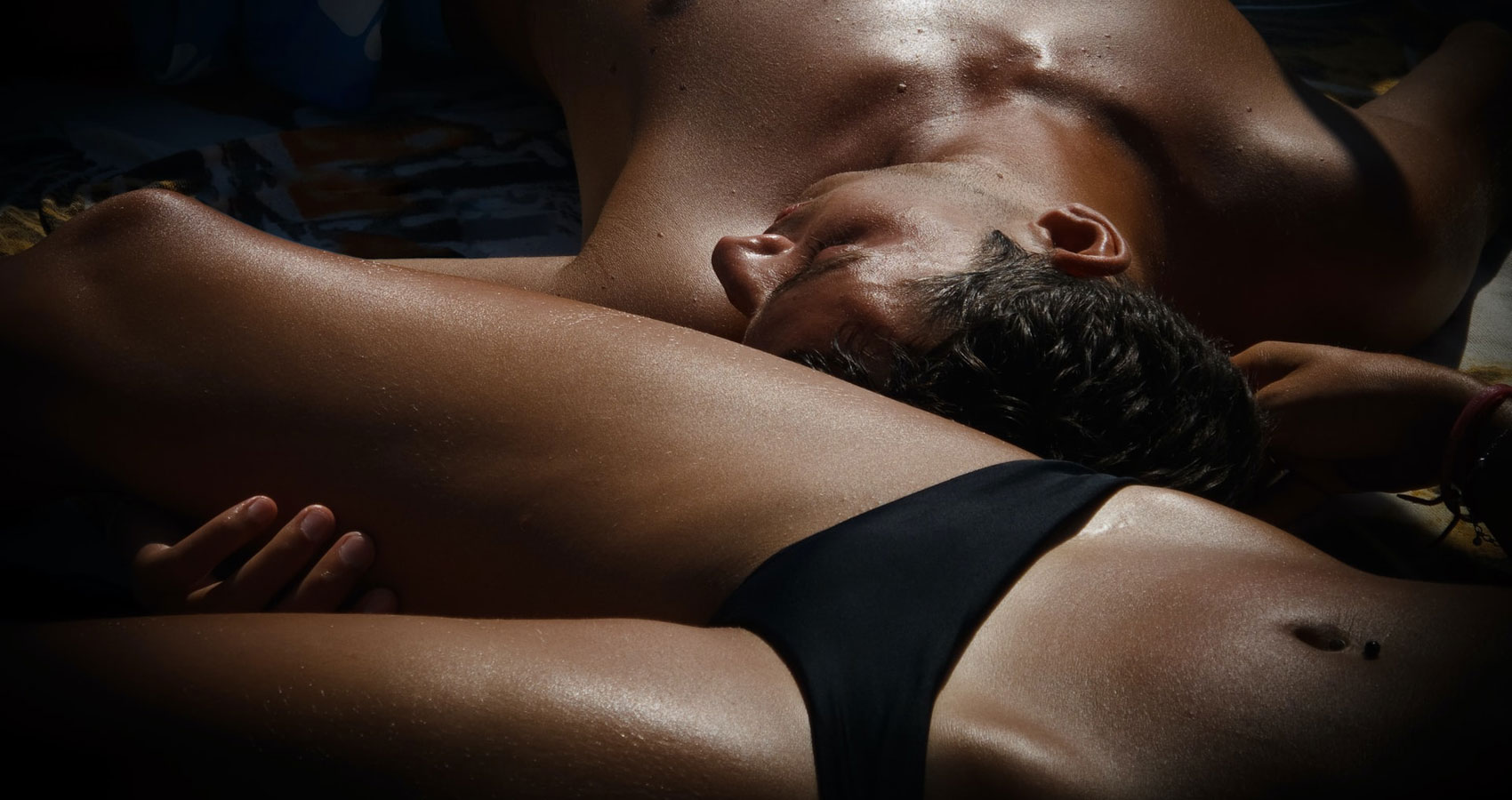 Our hearts laid open bare we love without a care
Cast inhibitions to the wind, candles glimmering sparse and dim
Skin glistens from moist desires, spirits engage in a pleasing choir
Heat molding bodies into one, as all reason is undone
Exposed and stripped of every vanity, hidden far from all humanity
Deep within the sensation rises, completely free of compromises
Love expressions fill the air, voices cry out in sweet despair
Our hearts beat ever nearer as our love shines ever clearer
Love Uninhibited