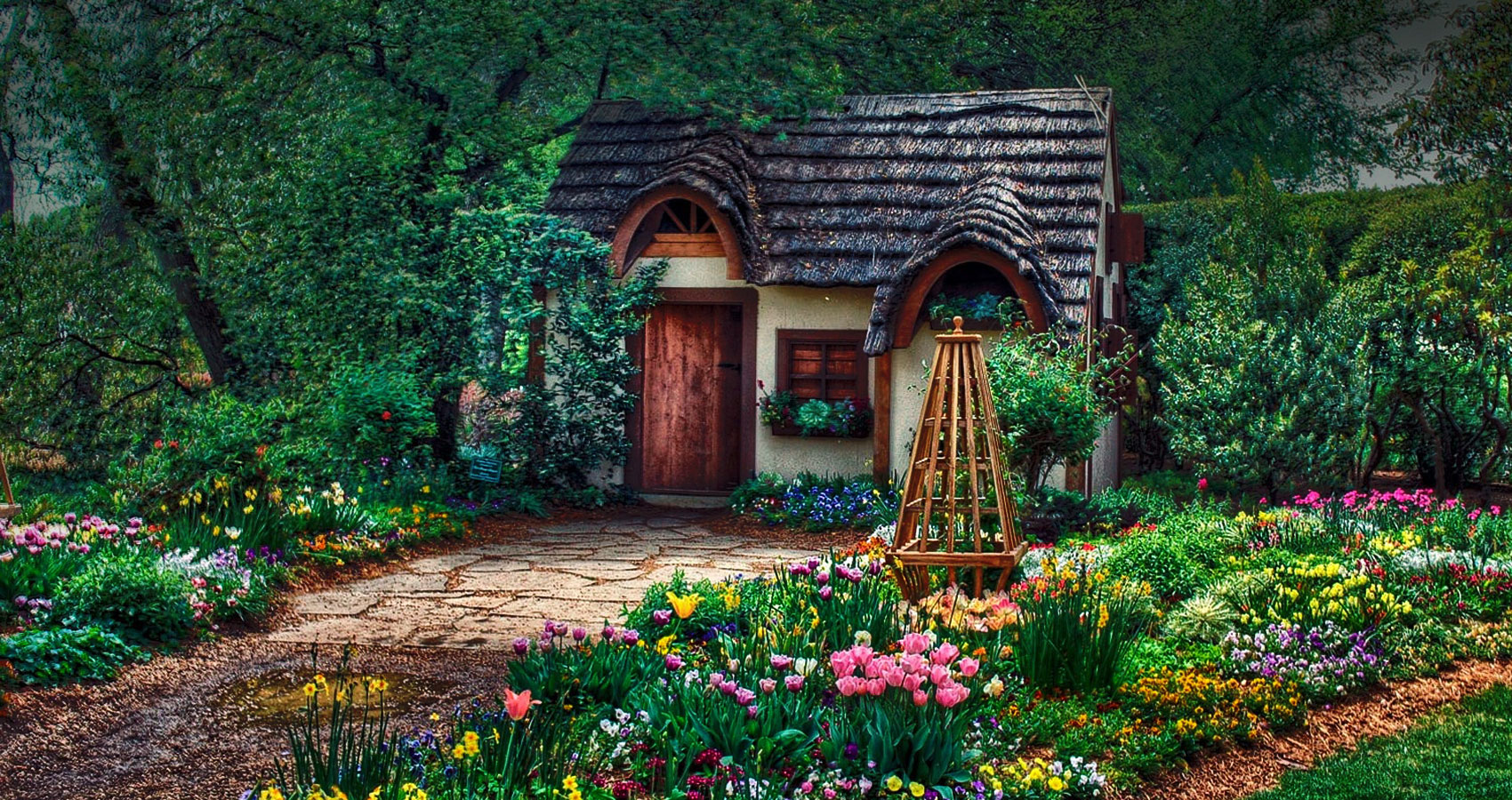 Melanie was sitting at her small yellow kitchen table when she heard the faintest sound. The sound was soft at first, like a whisper, but soon was louder and more insistent. She raced through her home until she located the noise. At her back glass door was a scrawny beige and black kitty cat. She looked at it closely. She gently opened the door so that her movements did not scare it off. She did not want to allow the cat access into her immaculate home. She had been emotionally drained with her excursion into the magical realm. She was drained that morning beyond her mental capacities and did not want a cat inside her calm, clean, peaceful home. She examined the cat once more before opening the door and realized it was the same cat that was around her legs at the Coffee Bean. Had this kitty pounced behind her all the way to home without her even seeing it? How did it get through her immense brick fence?

The cat barged into the great room like he owned the place, strutted to the fireplace and nearly knocked her over. Leaping up into a chair by the fireplace he sat and glared at her. This all seemed so surreal. She felt lightheaded. Maybe she was imagining her whole day in her head and she was really sleeping. Had she not just performed magic earlier today at the Coffee Bean she would have not believed anything is possible in her world. She tried to locate the cat. He had silently removed himself from the chair. Scanning the room full circle she came back to her spot and noticed that now before her stood a ginormous floor to ceiling Griffin before her, standing in front of the fireplace swooshing his snake like tail, standing proud with his eagle head and wings spread wide, the immense body of a lion strutting back and forth in front of her. The tail making a whirl of air swarm up out of the fireplace and blew the fire out as if it was stomping an ant. The griffin was a giant who could demolish anything or one in his way and right now he was looking at her.

“That cat is a griffin?” she gasped and she suddenly felt the air leave the room.

Without the fire warming the cottage the temperature plummeted almost instantly. The temperature drop was so drastic that it sent a chill down her tiny spine and made all the hair on the back of her neck stand straight up.

The Griffin spoke “ Sit down Melanie and I will tell you a tale”.

Melanie stumbled, tried to sit, fell into a chair by him, but her whole body trembled and her heart beat so loud it sounded like a marching band playing in her body.

Melanie spoke not a word and silence fell on them almost instantly as if the darkness of a moonless night had rushed upon them. The griffin told her his name was Griffin and he had been at her families side for hundreds of years. He was placed with the family, because they were special and he was to watch over them and protect them at all costs. He was with her great-grandma when she was hung on the tall majestic oak tree in the cloak of dark and she perished, also when her grandmother & mother were also hung on the same tree centuries later, he was with them both, and when her time to die happened he would be with her. He was the families great griffin protector.

Melanie took a few moments and let this all sink in. She sat still as a statue. Finally she looked up at Griffin and smiled. It wasn’t a huge grin, but it was one of deep appreciation. She was thankful for her mother, grandmother, and great-grandmother all having someone with them upon their deaths. She took immense comfort in knowing he would be with her to the end. Her fear subsided, the fire relight, and Griffin nodded as if he knew she now understood all he had still not said. She moved over to her chair by the fire again to sit up and suddenly a cat, Griffin, jumped up in her lap, purred, and curled up right next to her. She knew she had magic now, she knew she had a protector, and she knew she had all she ever needed for the rest of her life right there in that cottage with her. Warmth, love, and protection. What else could she ask for?

After a few days she forgot that Griffin was in fact a great and powerful griffin who was there to protect her. She just got used to having a normal, and snugly, attention hog of a cat as a pet. He was there when she woke up curled up against her for warmth. She began to feel her magical oats and thought perhaps she would pull out her families recipe book, as she called it, and decided to start exploring her magical ancestry. As soon as the large black leather book was out of the drawer Griffin leaped on it. Sat squarely on it and just looked at her. Gazing deep into her eyes he was trying to convey that she should not dabble in magic now that she knew she was a witch. She got the message loud and clear and placed the book back into its hiding place deep in her old maple dresser drawer.
Melanie wondered how she could learn about magic without doing spells. She walked into the living room, lit a fire, noticed a log was about to fall out of the hearth and leaned down to poke it back in and while leaning down was hit squarely on the head with a book.

Examining the bump on her head and realizing she was fine, she picked up the culprit who tried to bash in her skull, and couldn’t believe her eyes. Before her laid a book covered in red velvet. No title, nothing on the spine, and the book seemed to hum in her hands. She opened the first page and words appeared on it. It was a book titled “Directions for Beginner Magic”. Then the words disappeared. She flipped through the book and noticed all the pages were empty. She lay the book down on her table with it opened to the middle pages. Slowly letter by letter words were formed. Slowly the history of her ancestral powers were revealed to her. A tree with all her relatives appeared and disappeared. She could learn about their magic by leaning about their lives. She could read about doing magic word by word. She looked to see if Griffin noticed she was reading another book about magic, he looked at her, got up, turned around, purred, and plopped back down on the bed. This book held the magic of her past within its pages. It allowed her to learn slowly, to process her past, and to not delve into magic without first knowing what its consequences were.

Melanie grabbed her favorite red throw, picked the book back up, and got settled into her overstuffed old chair by the fireplace. This chair was handed down to her from her mom, who probably got it from her mom, she felt connected to her history when she sat in this chair. It rattled a little as one leg was slightly shorter than the other, but she loved it anyways. She put the throw over her legs which were curled up under her, she reached back and turned on her reading light, picked up the book and started reading.

“Sabrina knew she was not like everyone else when she turned the well water blue” and then the lines disappeared. This book was surely magical.

Melanie sighed. Settled in to read the lines that appeared before her and as she read her body loosened up for the first time in a very long time. She was not like anyone else either, just like her ancestors, and with Griffin by her side, the book of her history in her lap, and the book of spells locked away, she knew all was as it should be. Contentment filled her heart and purring from the bed filled her ears. She knew she was on a journey to discover who she was meant to be.