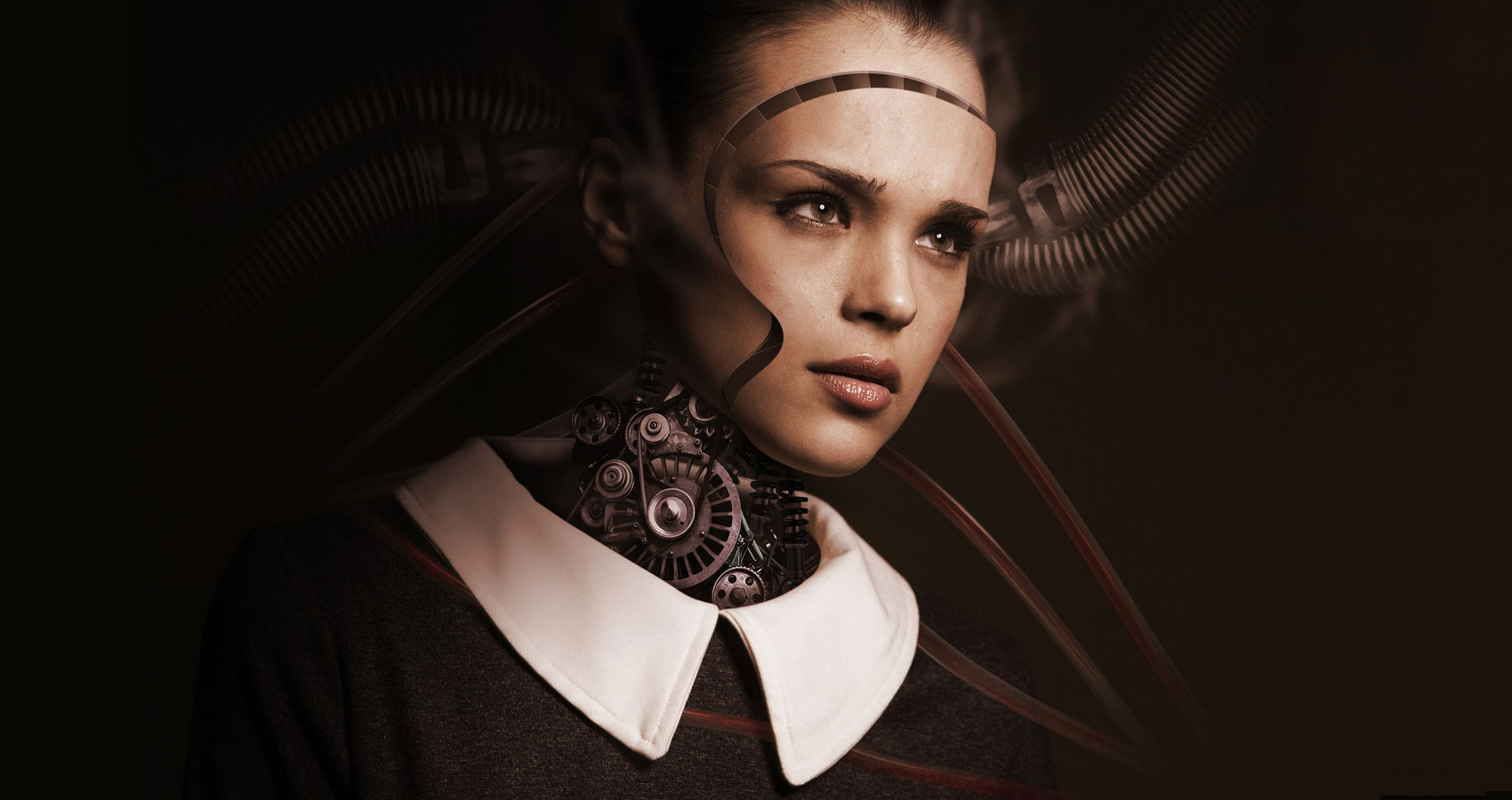 I can’t believe she is gone, love of my life; Gemma. Her image plagues my nightmares, her flowing blond locks and darkest eyes. We had barely finished our high school exams, such a tragedy! My fault, showing off in the car. Lost control, lost my senses as the vehicle spun into oblivion. An engine I created, a power I had manufactured. The guilt is killing me inside. I lock myself away from the summer frivolities, work in my basement workshop. Keep busy. My mechatronics occupy a dying mind.

The solution came to me in my distorted dreams, swirling between images of her perfect body and my robotics. Her nubile body parts conjoined with machinery in the confusion of my daze. Finally, I woke. Shook as I relived the crash, saw her dying eyes fade. Again, in my hazy state, I saw it; her form morphing, merging, and shifting into an automaton. Organs revived with electricity, maintained with microchips. Bodywork on the limbs. Coiled suspension working the joints, pistons bumping the heart, robotic digits. IT COULD WORK!

Tired, digging is such hard work. I crept into the cemetery in the early hours; a clichéd horror villain, the modern ‘Burke’ and ‘Hare.’ Shoveling is wearing work for an academic. Solid ground. Digging, sweating, digging again and wondering if my sanity is intact. Questioning myself. Such lunacy. Then I found her, heard the crack as my shovel penetrated the cheap wooden box. I dragged my love out, so painfully cold. Replaced the earth quickly, fearing that I would be seen and branded insane. I throw her into the front seat, my darling deserves only the best. Sneak softly into the house via the basement door.

Gemma’s memories are returning. Fragmented, she is fearful. Panics shake her intermittently. She sobs and wails. I console her, reassure her that we will be together, that all of this is for love. Horror at her disfigured body. Disgust. I am ashamed. I have come too far now. Part woman, part machine. She is sensational. Gemma asks me to end her life, says she is nothing. She pleads and launches herself at sharp objects. I console her.

Burke is resting. He revived me, saved me in his own twisted way from death’s respite. We were different species, but now we are the same. As he slept I infused his being with a chemical injection, window cleaner. I waited. He suffered, but I knew it was for the best. We should be together. I followed his blueprints perfectly, struggling with my revolting springs as I worked. It wasn’t right though, he looked so very perfect with his elbows and knees so fresh and real. I added my own special art. We became male and female of the same species; his skin replaced with gaskets.

Today we rest as Burke comes to terms with the new situation.

‘Valkyrie’ Kerry Kelly is a multi-graduate, wife, mum of five and bipolar survivor. She lives in Mayo, Ireland and writing is her passion. She is a philanthropist and philosopher and does not shy away from expressing both exceptional beauty and deep controversy. Kerry has had poetry published in 'Peeking Cat,' 'TigerShark,' 'Plum Tree Tavern,' 'Eskimo Pie,' 'Love Letters,' 'Wicked Words' and '19,751 Words.' Her short stories have appeared in 'Paragraph Planet,' 'Entropy Squared' and 'Short Break Fiction.' Kerry’s debut as an editor proved highly successful with 'Stan and Ellen’s Grand Opus' reaching Number One in the Chapbook Charts.