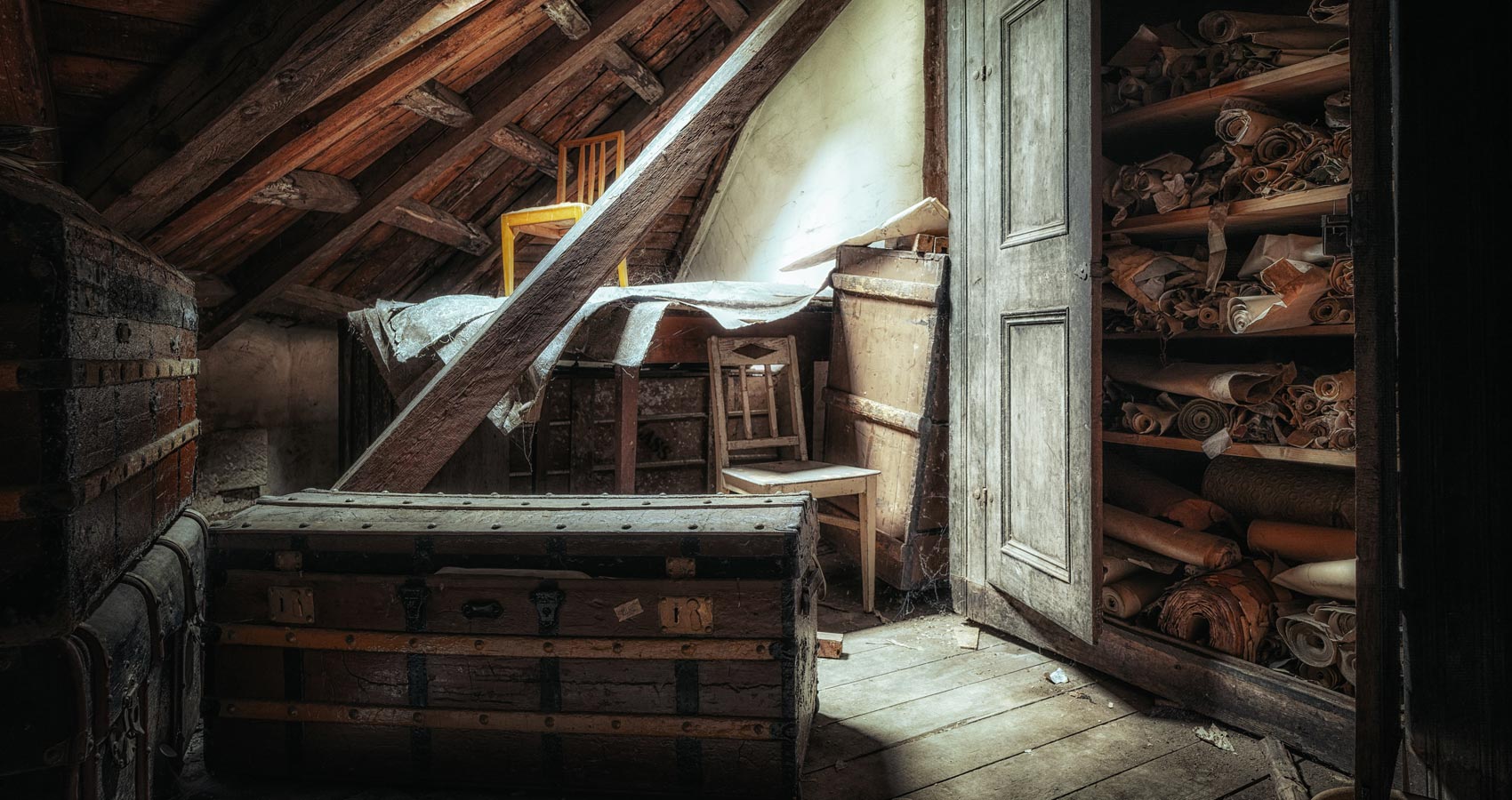 This morning I cleared out still more accumulation
from the nether recesses, boxes, and bags of pure stuff.
I have saved everything I ever acquired since age twenty,
and much before that, so when I came across a pile of soap bar wrappers
dated 1908—Queen Beauty Toilet Soap, J.B.Lynas & Son,
Logansport, Indiana—I thought briefly of Son, he must be
so old now if still abluted with the quick—but my thoughts
spun quickly to Ecclesiastes: a time to build up, a time to tear down.
And I did aggressively build up over the years, not merely
Queen Beauty, but stacks of antique cigar labels, hatbox labels,
seafood labels, citrus labels, name a label I have it still, somewhere,
if not in the attic, stuffed in drawers, in boxes in the shed,
many still lying dormant in my father’s garage down south.
So it’s time to tear down, sweep away, unload—magazines
from 1859 to now, sheet music (an original first edition
of Dan Emmet’s Dixie’s Land from a Carolina thrift shop)–
multiple trips to Good Will, oh, and the childhood toys
of my daughters, bag loads of stuffed animals, movie figurines,
Fisher-Price everything, Mojo Jojo, that Little Mermaid,
Hopper, a female Pink Panther, Beanie Babies, Jane sans Tarzan. . .
much now vintage, since vintage in toys now means twenty years
no longer the standard century.
The Preacher informs us that all is vanity, todo el Mundo, Omnia,
and what could be more vainglorious that preserving every ingot
of your past in plastic, vacuum-sealed bags and airtight boxes,
though I don’t think by vanity he meant self-adulation
or winks at yourself in the mirror; I think he meant in vain—
what? for the debris to be buried with you like King Tut’s
blue sailboats? Or even the hope to pass it all on to your heirs
who usually don’t want such caca and make it clear enough:
“Daddy, we don’t want that shit. Sell it on eBay,”
my youngest daughter said as she observed my meticulous
removal of each sacred relic from box after box
while listening to my rhapsodic incantations, my cooing,
after unwrapping each worthless, yet sacred, relic.
Why, this goes back to the Age of Decadence!

It’s the Fourth of July, again. I declare myself independent
Of the frozen past, that solid sheet of immobile static
though my old dad used to say, time doesn’t flow, it thickens.
Moreover, I have renounced that past every day since
I first realized it existed at four years old while sitting
on my grandmother’s front porch swing one New Year’s Eve.
I now sit in my study typing as the workman upstairs
bangs new plywood into place to repair a leaking roof.
He arrived early, I rising at three a.m., zombie time.
This room is cluttered with debris, all the unloading,
repacking into other boxes and bags for the charities
after sorting out what’s valuable to return to the attic,
workman stomping around above it.
Have mercy, I want to cry to the firmament!
All this razzmatazz, sound, and fury signifying nothing.
We all wind up in the necropolis before completing the tasks
at hand. The nihilists are on to something grand—
so the Buddhists and Taoists.
Yet I remain transfixed and stunned by the beauty
of the woman I love. I stare at photos of her
on our wedding day and am overcome with retroactive
desire. Forgot to mention that we have hundreds
of photo albums congealing the very past I have abjured.
Gatsby: “Can’t repeat the past? Why of course you can.”
Carpe Diem? Impossible. The moment you say “Now,”
it’s tomorrow.
Scientists tell us that time is nothing more than a bleak
epiphenomenon of the second law of thermodynamics.
A nothing more that looms large. Carpe nihil.
Zorba: “Did you say . . .dance?”
Oh, how the hammers bang overhead as I doze.
Daddy, we don’t want that shit.
Avaunt, Mojo Jojo and the Powder Puffs too!

Look, girls, a Zulu cocoanut and string of glass beads
with a Rex, King of Carnival, pendant—glass, the rare ones
made in Czechoslovakia, worth a mint now
and this plastic cup from the defunct Krewe of Shell!
Daddy, we . . but you must at least listen, teach,
teach your children well, your father’s hell did slowly go by . . .
Boltzmann hanged himself when he grasped the fatal implications
of his own entropic equations.
Part of the roof is gone.
A swallow flew into the attic. One swallow doth not a summer make.
Look, a wooden John Ruskin cigar box loaded with doubloons
and doodads, a rubber Gumby and Spunkey the Monkey.
How can I forsake the perishable cherished? Think I can’t,
think I can’t, I, the Tar Baby ever more thickly subsumed.
Now this is a gem: an old 6L6 rectifier vacuum tube
from when I was a ham working the rig in the dark
as mercury vapors flashed and sizzled.
Amazing the glass hasn’t shattered, don’t you think,
all the decades ago. Dave and I used to prop them up
on a levee and shoot them with our .22 rifles—
bag loads of burnt-out filaments
from K&B where you could test tubes for power.
I spared this one for . . . for what? A memory congealed.
They would glow when electrons flowed from the grid to the plate.
Every electron is identical and they abound in each of us
but where do they go when we reach our expiration dates?
Does each retain a speck of memory in Shangri-La?
Can we lasso a few and store them in the time machine?
Or is the loss permanently lost as if never having existed?
Look, an entire album of Victorian trade cards,
how beautiful each, German chromolithography, that lost art.
Don’t break my heart with some righteous answer.

Behold, children, the big toe of Ozymandias, sand still clinging;
the original Zohar autographed by Moses de Leon;
the missing arms of Venus de Milo; Mozart’s breath;
the complete set of daggers that slew Caesar;
Byron’s bladder bouncing across cobblestones;
Napoleon’s gland encased in amber; Stalin’s shrunken heart;
a loose quark sealed in lead; swatches of dark matter
baked into a layer cake with mocha frosting;
the entire future miniaturized. . .
don’t you see the evidence, feel the tug of quiddity,
the aroma of Being, the taste of reverence?
The Grecian Urn and Byzantium or panta rhei—

The four of us drove to the river to watch the fireworks display
and midway through I began to ponder the nature of such
pure annihilation. As a kid, I tossed pristine cherry bombs
and silver kings into my grandfather’s yard every New Year’s Eve.
They were beautiful works of art blown to bits with every toss.
Instant destruction versus slow erosion over time.
I take that carnage as a metaphor for entropy in fast forward,
no prolonged deterioration, no sorrow, no regret—
instant obliteration, instant witnessing. . .
if Xerxes the Great did dye/Then so must you and I.

In 1945 Sebelius consigned his unfinished eighth symphony
to the flames and composed no new music during
the last thirty years of his life. Neural atrophy—
lente, lente. . .the extinction of genius, of mind.
Would you rather go out instantly like a cherry bomb
or wither away gradually keenly aware or your withering?
Whose brain this is I think I know
It’s lodged within the bone skull though
It will not mind me dawdling here
To feel it saturate with woe.
And what have we here, daughters of my twilight?
Ah, the gold coin pressed into my fingers decades ago
by my grandmother, gold I treasured until desperate,
I sold it to a collector to pay for rent and light.
But I swear that coin still shines golden bright
in a neuron vault of remembrance, as if its physicality
proves irrelevant—long as we recollect, eh?

And here we have an album of cartes de visite
one of which bears a striking resemblance to Stonewall Jackson—
I know, sell it on eBay. And a box of first editions,
Hemingway, Fitzgerald, Frost. . . surely you would want
to prop at least one on your bookshelf. No? Why?
Je ne sais pas. No entiendo. Chalk it up to those who savor the spirit
in things versus those who don’t, those who relish omnia
versus those who prefer Thoreauvian simplicity, which,
by the way, wasn’t so simple. What is time? What is the past—
and whither? Let the lamp affix its beam. The only emperor
is your spleen—and kidneys and heart and all the rest of it,
internal and soggy, sine qua non you’re defunct.

Look, my old Latin dictionary and catechism, into the trash,
these, good for nothing relics . . . but, girls, I am tired
and can’t go on for the nonce. Stay tuned, I’ll be back
with more splendid, worthless junk; hundreds of boxes to go.
At this rate we’ll never finish, so, again, the vanity of it all.
Yet dulce et decorum est, eh? Why not? Wait . . . look,
A replica of Geronimo’s tomahawk . . .

Four volumes of Louis Gallo’s poetry, Archaeology, Scherzo Furiant, Crash and Clearing the Attic, are now available. Why is there Something Rather than Nothing? and Leeway & Advent will be published soon.He was invited for and interview and reading of his work by National Public Radio’s program “With Good Reason,” broadcast across the country, 2021. His work appears in Best Short Fiction 2020. A novella, “The Art Deco Lung,” will soon be published in Storylandia.National Public Radio aired a reading and discussion of his poetry on its “With Good Reason” series (December 2020). Chapbooks include The Truth Change, The Abomination of Fascination, Status Updates and The Ten Most Important Questions. He is the founding editor of the now defunct journals, The Barataria Review and Books: A New Orleans Review. His work has been nominated for the Pushcart Prize several times. He is the recipient of an NEA grant for fiction. He teaches at Radford University in Radford, Virginia.