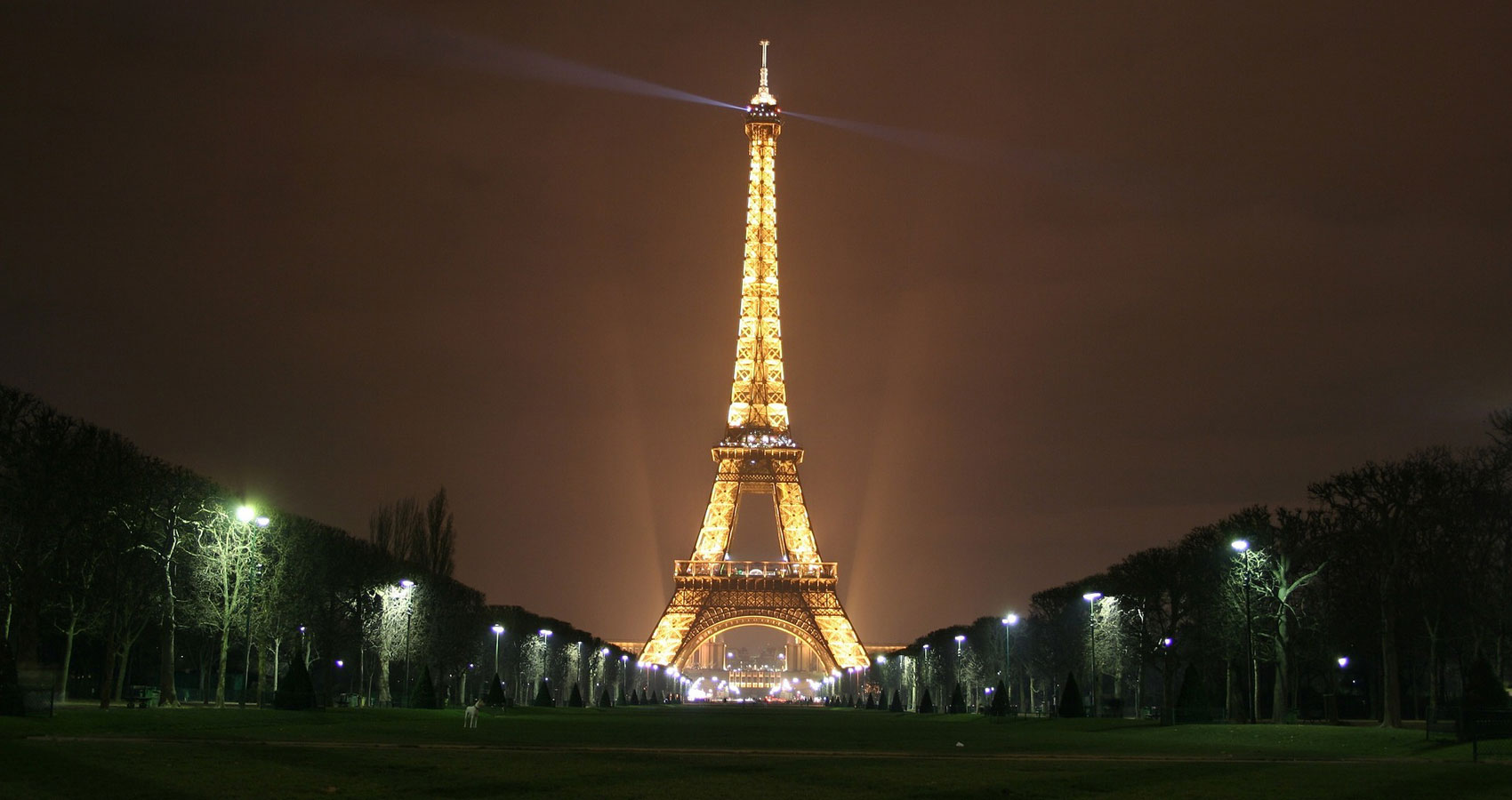 The city’s spirit is summed up, by none other than Gil, in Midnight in Paris; La Ville-Lumiere or ‘The City of Light,’ as it is sometimes called, is because of its noteworthy culture; the fashions and its glamour glitz, the music infused evenings, are all elements of this sensuous get up. Paris at a glance is no doubt a place of romance, gardens, and arts; it is where kings and queens have ruled, lived and died in huge palaces and fought bloody revolutions. Just as the Tuileries and the Chateaus are symbolic of the royal heritage, the huge historical endowment, the French revolution, marks the turning point, like Dickens’ A Tale of Two Cities also documents. Of course, we already know about great histories; however, it is quite a different feel altogether, to be actually on the streets of Paris leading me to those significant sites.

I am here and now, when the past is present; I see happenings taking place; artists, writers, and poets meeting before me to have coffee together and discuss topics, both enlightening and eternal; Edith Piaf, Flaubert, and Maupassant; and then I come back with a jolt, to the ordinariness of the present. Now, that is dynamic.

My bed and breakfast hotel, Mercure, is situated in the heart of the Grand Boulevard. It is flanked by intertwining narrow lanes, with many Jewish restaurants, cafés, and bakeries. More so, pictures of Netanyahu hang on the walls of some restaurant. As the Euro train stops at the Paris station, it feels like any other European city with its skyscrapers; except that it does not have the Roman pillars, arches, and duomos; but is uniquely French with Mansard roofs and Baroque architecture. As I enter through the Paris gate, I see that it is bordered, by many great buildings, which are the original Tuileries palaces, including the Louvre itself.

The river Seine that flows through Paris bears testament of the Gaulish tribe, who settled on its bank in the old city of Lutetia; its settlers were known as Parisii, during the Roman era between the 1st and the 6th century B.C; it has been renamed Paris much later. In Celtic-Gaelic, however, the word is Parisio which means, ‘the working people.’

Today’s Paris though has come a long way since, in becoming, remarkably urbane and cultivated; with its vast history of emperors and empresses, it has gradually evolved into a hub of great musicians, painters, and writers that Midnight in Paris also depicts; literature and art flourishing from strength to strength. Evidently, the home of this huge collection of artwork is now, the Louvre; one of the greatest museums of our times.

The Louvre was housed within the palace Louvre when Louis XIV decided to make the palace of Versailles his residence. The palace has been transformed from then on, and extended, to a museum, of royal antiques and antique sculptures from 1682-1692. However, in the aftermath of the French revolution, by the decree of the royal assembly, the museum exhibits, not just the royal artifacts, but also many international objects; its acquisitions are unique relics from Egyptian antiquities; Eastern antiquities, Greek, Etruscan and Roman antiquities, Islamic art, sculpture, decorative arts, paintings, prints and drawings.

Among the many candle polished statues that are in the collection, the most notable are the classical figurines. These are Venus, the Roman goddess of love, Artemis the Greek goddess of war, Diomedes the war hero and Zeus himself. Along with mummies and the lion head Sphinx, Islamic terracotta cup from Iraq 9th century BC and potteries, of many multicolored vases with Arabic calligraphy, are also here, including the Persian Ibex Rhyton, as ancient as 600-300 BC.

The Mona Lisa is showcased, of course, displayed within a small picture frame, which somehow distracts me from the picture itself. The picture cannot be viewed in full detail, because tourists are never allowed to go closer. Whether or not this is the original Mona Lisa, there is no way to tell; but the portrait stands in front of me as though it is, the acclaimed Mona Lisa; no less, with that slight smile of hers, still holds the world captive.

Other oil paintings in the gallery hang splendidly; mounted on the wall, they are showcased next to each other; a harmonious splash of riotous color. Some of them are La Grande Odalisque 1814 by Jean-Auguste-Dominique Ingres; and then several on Nepolean’s coronation of himself as well as of Josephine 1804; a Louis David, 1788, The Love of Paris and Helen, along with The Last Supper in 1648 by Phillippe de Champagne. Marie de Medici Queen of France by Frans II Pourbus is also in Lourve with a slightly different version of The Last Supper by the same painter.

Interestingly, the Marie Medici of Florence, who becomes Queen of France through marriage to Henry IV of France, is reputed to have a bad temper. She is known to be constantly fighting with her husband’s mistresses, in shocking language too.

It takes something of an eternity, to fully grasp the great museums of the world, and Louvre is no exception. Gil in Midnight in Paris prepares to spend a lifetime with artists and writers that he meets here. I feel just about the same way. Somehow, they come back to life, to haunt and to taunt our modern lifestyle, for the sterility that there is.

The charms of the past pull Gil; no matter how compelling, he is able to resist and get back to his own decade. However, he sacrifices his lover to renaissance, and the golden age, as she slides back, unable to accompany him to the colorless new world.

Back on the streets, as dusk falls over the far horizon, the city lights up to life. In step with Gil, I can almost feel his throbbing, as I walk the same narrow, brick pavements, under the hanging street lamps; in the music of the trumpet and the saxophone together, Parisians wake up to the romance of the night, dancing, drinking and loving. Through the partly open elongated French windows, men and women look out at the musicians, as they continue to play. Soon it is dark and people jostle on the streets either to go to movies, theatres or restaurants for dinner. The long line of road-side restaurants bustles with people, as waiters try to cram them in every possible corner.

As a cosmopolitan city, like London perhaps, these restaurants offer cuisine, not just European but Asian and Middle-Eastern alike; but they are bonded through one language and that is French. All the various ethnic people that I come across speak fluent French. In London conversely, people speak a variety of languages, as I hear them, simply by walking past in the streets. The British are perhaps more tolerant of multilingualism than the French, I believe. I have my dinner at a Jewish restaurant up the road from the hotel; Cous Cous and lamb followed by a cappuccino.

I always imagine Paris to be spectacular; it is so, especially, at night, when the street lamps light up. The darkness covers the several potholes in the narrow streets. My imagination flies high; I wait for my taxi to return to the hotel. When Gil awaits his taxi, it carries him into a different realm in pursuit of art; I say, I ain’t Gil, but my soul is heavy just the same, like a soaked up sponge, caught up in the enchantment of the Parisian past, on this summer midnight.