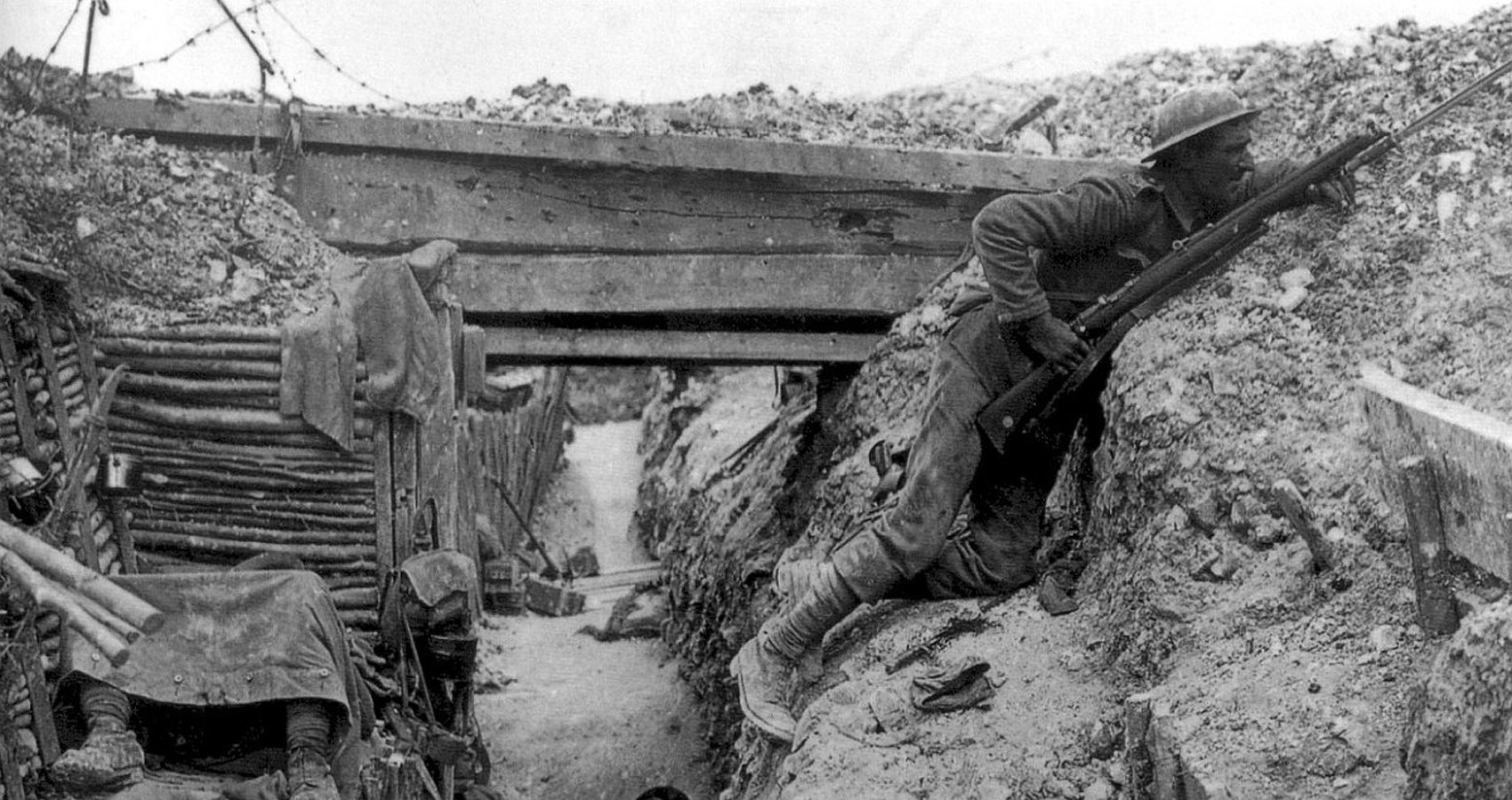 Daffid and Benny were detailed to carry the body of Captain Beardsley down the communication trench for burial that night. They were surprised at how light he felt. Although he’s been over six feet tall his frame was spare and angular. The privates didn’t really know him, he’d only been with them for a month. Daffid sighed and tucked a dangling arm back under the blanket. The quartermaster would issue the cheap wooden coffin and then they’d put it on the lorry to be taken for a hasty service with the hundreds of others killed that day.

Benny felt sadness as they waited patiently in the cloying ankle-deep mud. ‘Poor bugger’ he muttered as he lit a cigarette. ‘Killed by his hobby. Fancy being so keen on birdwatching that you’d risk sticking our head above the parapet just to see some bloody warbler no matter how rare?’

‘The flash of his binoculars must have given him away’ said Daffid, his long lugubrious face giving him a bloodhound appearance. ‘Five seconds was all it took, five seconds for that bloody sniper to get him.’

Daffid Jones pulled out his lucky rabbit’s foot that hung around his neck and stroked it. ‘If he’d had one of these he would still be with us, boyo.’

Benny released a long sigh, Daffid, his companion of the last four years was deeply superstitious ‘I’ve told you before, Daffid, I don’t believe in that nonsense, I’ve survived the same four years as you without one.’

‘Ah yes, but you’ve been wounded though, I haven’t. Anyway, when are you going to get that bloody sniper? He’s had three of us this week already.’

‘Well, I’ve had one of theirs, a Major, too.’ Benny said defensively.

It was September 1918, the war couldn’t last much longer, everyone knew the Hun was on the run. And today even the artillery had slowed to sporadic firing. It was as if the gunners on both sides were enjoying the Indian summer and couldn’t be bothered humping all those heavy shells. The only problem they had now was the deadly sniper.

‘I’ve got him down to two areas he uses’ Benny said flicking away his cigarette, ‘it’s just a matter of pinpointing the bugger. With a bit of luck, I’ll have him tomorrow.’ Benny could have bit his tongue, why the hell had he mentioned luck?

I’ve told you Benny, you should get one of these.’ Daffid held up the furry little paw with its shiny silver mounting which he polished daily with a near-religious fervour. ‘There’s nothing better for luck, I can’t understand why everyone doesn’t wear one.’

Benny laughed, shaking his head ‘did it ever occur to you, Daffid, that the rabbit had four of ‘em? Didn’t do him much good, did they?

Daffid looked sour ‘You have to believe, see? No good if you don’t believe boyo.’ Then he smiled at Benny, his craggy face and broken teeth making him look like a benevolent gargoyle ‘look, you just rub this rabbit’s foot now and watch your luck change. You’ll get that sniper for sure.’

Benny shook his head in resignation and grinned, rubbing the furry foot ‘OK then, you crazy Welshman if it’ll shut you up.’

When their burial duty was done Benny went to clean his sniper rifle then took up his position in the predawn gloom. ‘See you later Daffid.’

The shallow shell scrape where Benny lay under a camouflaged tarpaulin was behind the trench. Too many snipers had died in no man’s land where the enemy gave most scrutiny. He looked at the hillock two hundred yards away and slightly to his right. I know you’re up there Fritz he thought, just make one wrong move, that’s all.

The sun rose high above the tortured landscape and Daffid sat on an ammunition ledge reading his newly arrived letter. It was bad news. His beloved grandmother, she who had given him his lucky rabbit’s foot, had passed away. With salt tears stinging his cheeks, Daffid withdrew the charm from his shirt. The silver top glinted bright in the noonday sun.

On his hillock, Hans Gintz saw the gleam of silver between the trench boards. It only took him a few seconds to put a bullet through it, killing Daffid instantly. Hans smiled his satisfaction, another dumb Tommy had made his last mistake.

Hans drew his lucky rabbit’s foot from under his tunic held it high and kissed it. Two hundred yards away Benny saw the flash of sun on silver and fired. ‘Gotcha Fritz’ he muttered, ‘now I suppose I’ll have to listen to Daffid crowing about my change of luck.